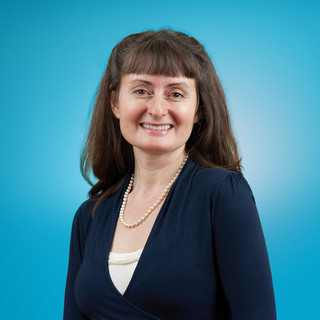 The City Council candidate adds endorsements from leading organizations to her impressive roster of supporters.

Meghan Sahli-Wells was recently honored with endorsements from the Los Angeles League of Conservation Voters, 47th Assembly District Democratic Club, the Sierra Club, and Culver City Employees Association, and as well as the support of the… Join Vox Femina this Sunday, March 18, at 3 pm, at the Culver City Presbyterian Church for a free choral music performance. The Culver City-based Vox Femina promises classical works and folk songs celebrating the traditions of England, Ireland and Scotland, including choral settings for some of Shakespeare sonnets as well as authentic Irish… Build on the successes of Parcel B and create a Specific Use Plan for our neighborhood.

WHY SHOULD I ATTEND THE MEETING?

We don't have a Specific Use Plan on file in the City Municipal Code to govern the specific usage of the commercial properties on Sepulveda Boulevard from Farragut Drive up to Venice Boulevard. The City will hold site plan hearings…

The pastor of the Southern Baptist Church located on the corner of Braddock and Lafayette - just a block away from our bustling downtown is hosting a BBQ for all who would like to stop by.  The church was Culver City's original library.  A sister congregation from Lubbock, TX is helping with new landscaping and refurbishing the inside of this historic structure.

Parent-Supported Services: Just Exactly Where Do the Candidates Stand?

Parent-Supported Services: Just Exactly Where Do the Candidates Stand? 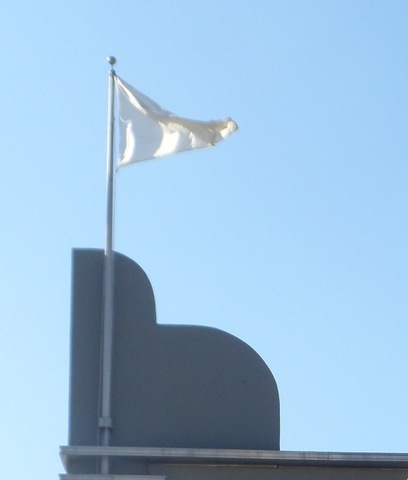 This time, the question is: Do you know where in Culver CIty this flag-topped architectural detail is? If you know, enter your response in the comments box of this post! I'll reveal the answer in two Fridays, when I post a new game. Culver City Times Founder and Managing Editor Justin Scupine (in other words, I) will be live on the air on KNX 1070 tomorrow, Friday, March 9, at 3:20 p.m. LA Racked is reporting that cosmetics giant Sephora will open a new, 3,623-square-foot location at the Westfield Culver City this Friday, March 9th. Until now, shoppers had to be satisfied with the limited-selection "store-within-a-store" Sephora inside…

Tonight Only: 'Pay What You Can' To See 'George Orwell's 1984' at the Actors' Gang in Culver City If you're interested in seeing The Actors’ Gang’s adaptation of George Orwell’s 1984, directed by Tim Robbins, tonight's the night to go: it's a "pay what you can" performance. The play runs ends its short four-week Culver City run onl March 24.

Adapted by Michael Gene Sullivan and originally produced by The Gang in 2006, Tim Robbins’ production of 1984 has now been seen in over 40 US states and on four continents. Written in 1948, Orwell…

The City Council of Culver City will present a special proclamation on March 12 to a local Girl Scouts troop in observance of the organization’s centennial anniversary.

A ‘100th Anniversary Proclamation’ will be presented to members of Culver City Troop 4645, who will accept the honor on behalf of local Girl Scout Council, Girl Scouts of Greater Los… 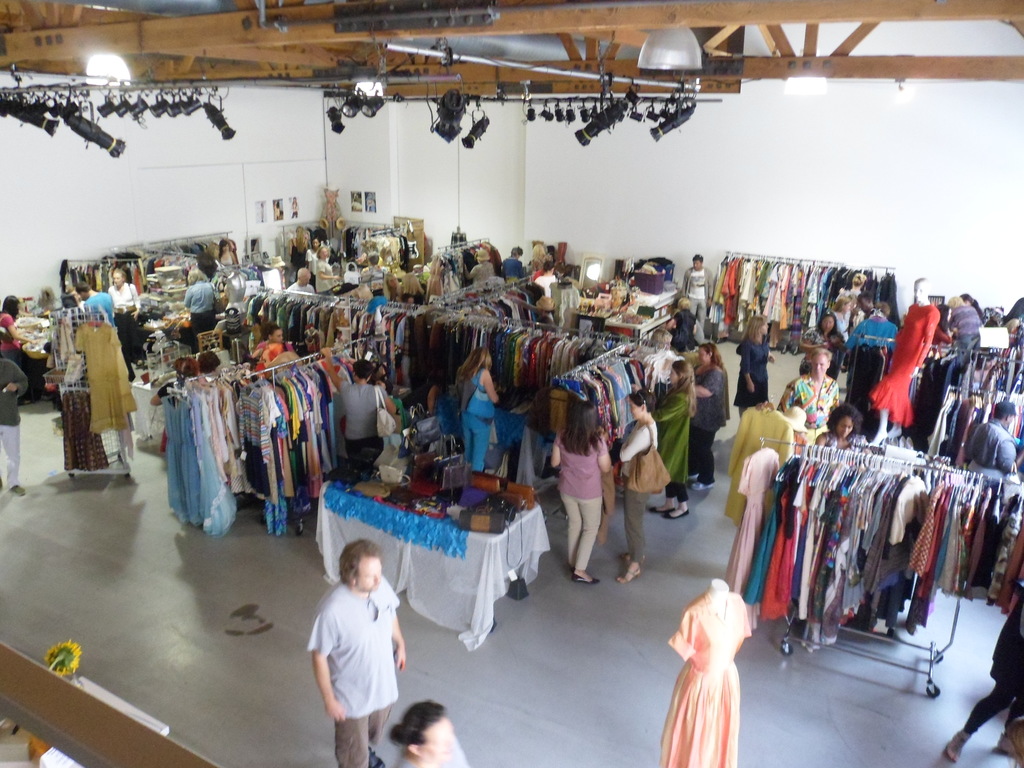 Helms Design District Vintage Boutique will hold a Vintage Summer Bargain Boutique this Saturday, March 10, from 10 am to 4 pm -- at the LightSpace Studio at 8755 Washington Boulevard in Culver City. Artist Jim Houser's new show,"As Quiet as It's Kept" -- ragged, warm and whimsical paintings, mixed media compositions and installations -- opens at LaBasse Projects in Culver City this Saturday, March 10th. The opening reception is from 6 pm to 9 pm, and, as always, the public is welcome. LaBasse Projects is located at 6023 Washington… Signs of the Times - Our Candidates Fly Their Colors 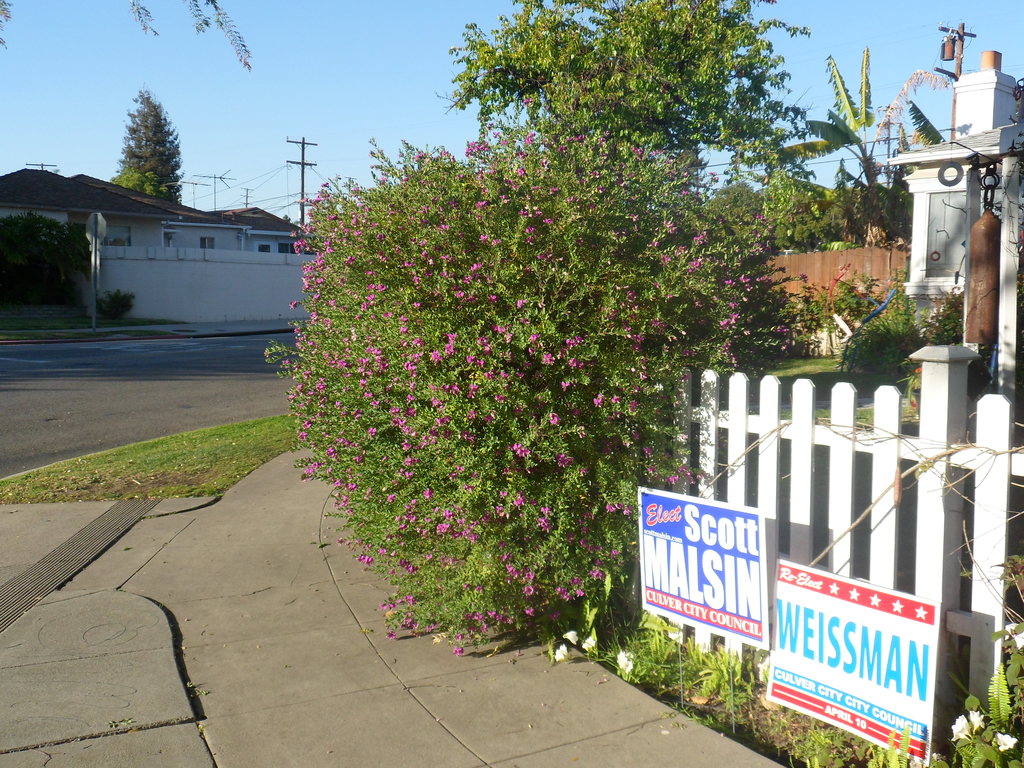 The Culver City Council election isn't until April 10 -- more than a month away -- but fans of Scott Malsin, Andrew Weissman, Micheal O'Leary, Jim Clarke and Meghan Sahli-Wells are already showing their support with lawn signs. The Scholastic Art & Writing Awards, a nationwide arts competition open to high school students, has recognized Culver City High School art students from the CCHS Academy of Visual and Performing Arts for their exceptional talent in the visual arts. 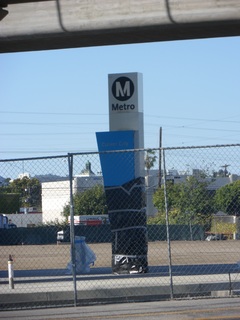 If you pass the corner of Washington and National all the time, it can seem as if the progress of the new Culver City Metro station has been glacial. That's why it's worth celebrating that the Expo Construction Authority has recently installed our very own "Culver City" Metro Stop sign.