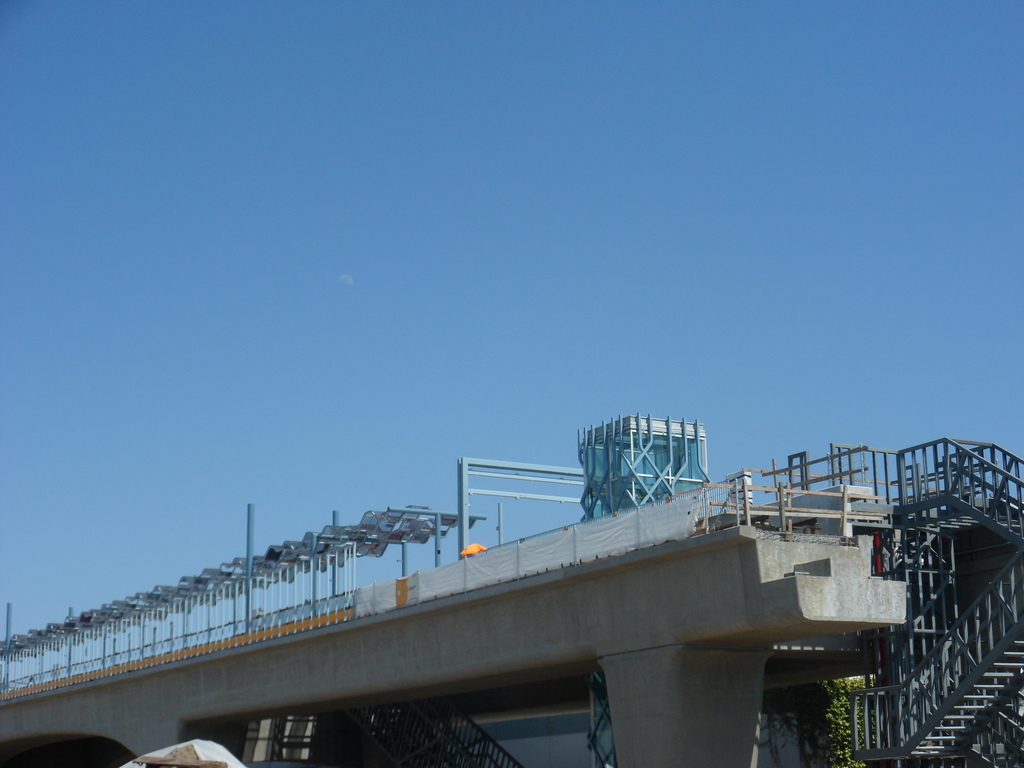 
Part of the dispute pertains to a three-party agreement requiring that Culver City pay $2.9 million in construction costs to strengthen the bridge structure to allow the construction of the city's transit-oriented development on the Expo Line right-of-way. Culver City would pay the costs, the Exposition Construction Authority would build the structure, and Metro would enter into an option agreement granting the City an easement to build on Metro's property.

While the structure has been built, however, the option agreement has not been executed. Culver City Vice Mayor Scott Malsin states that "the city has offered to place the $2.9 million into an escrow account which would make the funds available to Expo as soon as the option agreement has been recorded. The easement to build is critical to us; that's whole point of our investment."

A second point of contention relates to a November 2007 commitment by the city to provide the Expo Construction Authority with $4 million in cash, services, and land as a voluntary local match to offset construction costs related to the creation of a permanent station. According to the Vice Mayor, "We aggressively pursued grant opportunities to help us pay our share. We have a couple of million dollars of Federal funds allocated to cover the construction of the bridge, the bike path, and street improvements required by the Expo EIR. We've spent countless hours trying to conclude the funding agreement with Expo, which the Federal government requires to release those funds. It's hard to believe how much difficulty we've had trying to conclude agreements that will allow us to provide those funds."

There is little or no dispute between Expo and Culver City over the value of the land swaps or staff costs. "We're not asking to add or change a thing," says Malsin. "We want to know that Expo will construct the mitigation measures the project's EIR requires. And, per our Memorandum of Understanding with Expo and Metro, we want to finalize the option agreement allowing us the right to build a portion of our transit-oriented development project on the Metro right-of-way."

While admitting the seriousness of the conflict, Vice Mayor Malsin is optimistic that the parties will come to a solution. "We want it to be resolved, and we anticipate that it will be," says Malsin. "After all, we are only expecting Expo will fulfill the commitments they have already made."