Latest Mural in Culver City is by Artist Andrew Hem 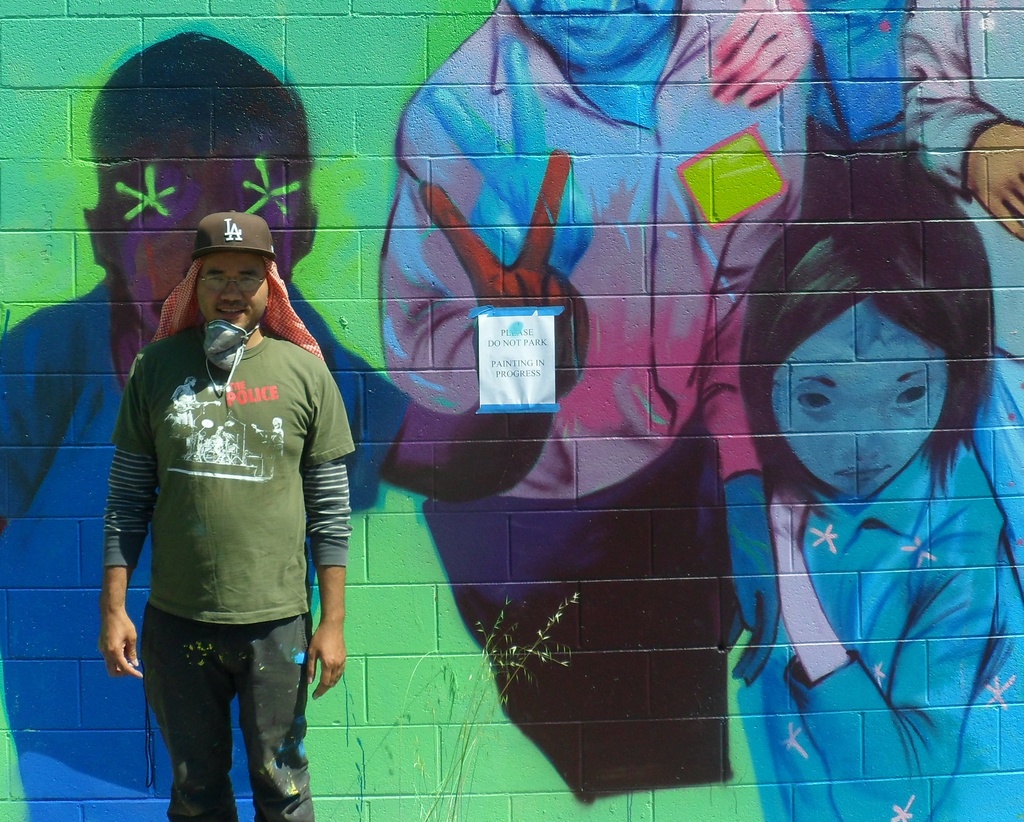 As previously reported, there is a new mural at the BrandedArt building, one block west of National & Washington in Culver City. Completed on Sunday, July 3rd, it's the work of Los Angeles-based artist Andrew Hem. Hem also has a show opening at the LeBasse Projects Gallery in Culver City on July 16.

I had the chance to talk to Hem while he was taking a break from painting on Friday afternoon. When I told him that I was interested to see what he was doing with the eyes of the figures in the piece, he replied, "So am I," and confessed that he's trying to be as spontaneous as possible with the work. I think that shows in the finished product, which has an emotional complexity and directness not often associated with large outdoor work. Overall, the piece -- seeming entitled "Dreams to Reality" feels celebratory of the diversity of our city and the importance of communities. But this optimism is not a simple one. Not all the figures are smiling, and their eyes remain disconcertingly vacant. And then there's that arm that comes to grab the boy at the right edge of the mural... 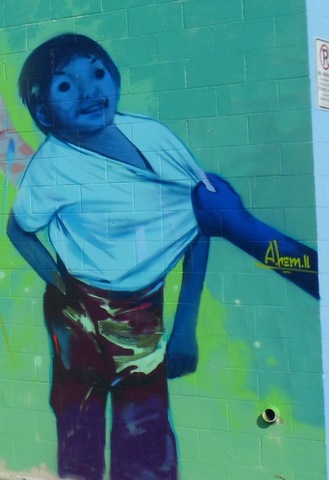 Here are some more details. 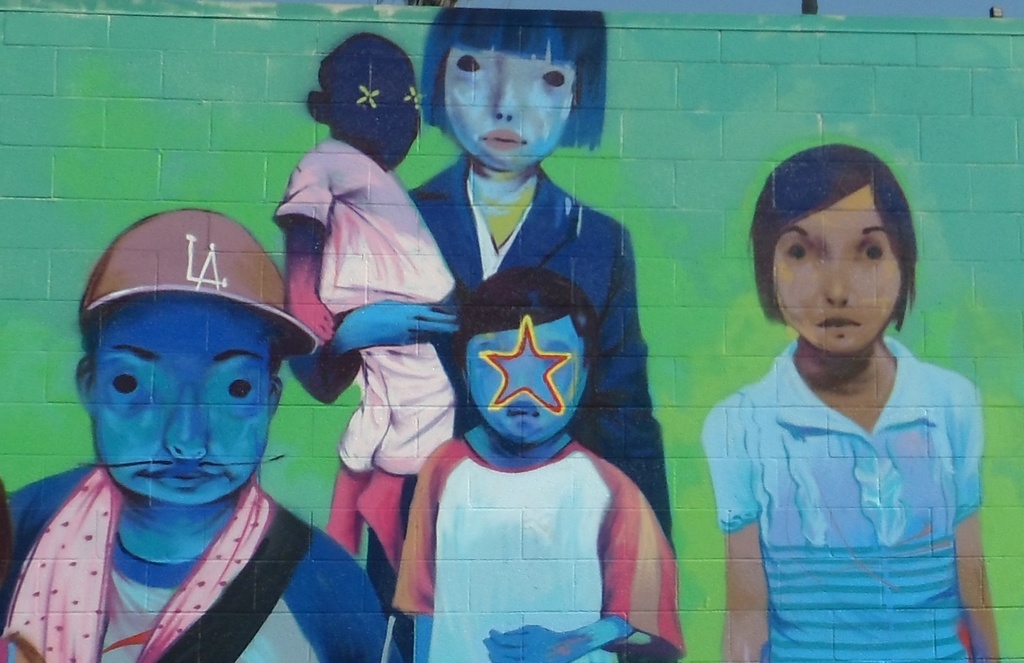 Hem's early body of work focused on his Cambodian heritage and how different his life might have been should his family have stayed during the regime of the Khmer Rouge. With his most recent show, Hem is reported to offer an even more introspective series of paintings. Andrew Hem graduated from Art Center College of Design in 2006 and has exhibited in LA, Chicago, Seattle, NY and London.

Here's an example of one of the pieces in his show. Entitled "Trouble Waters," the painting is a 48" x 32" acrylic. The show is called "Cold Water." 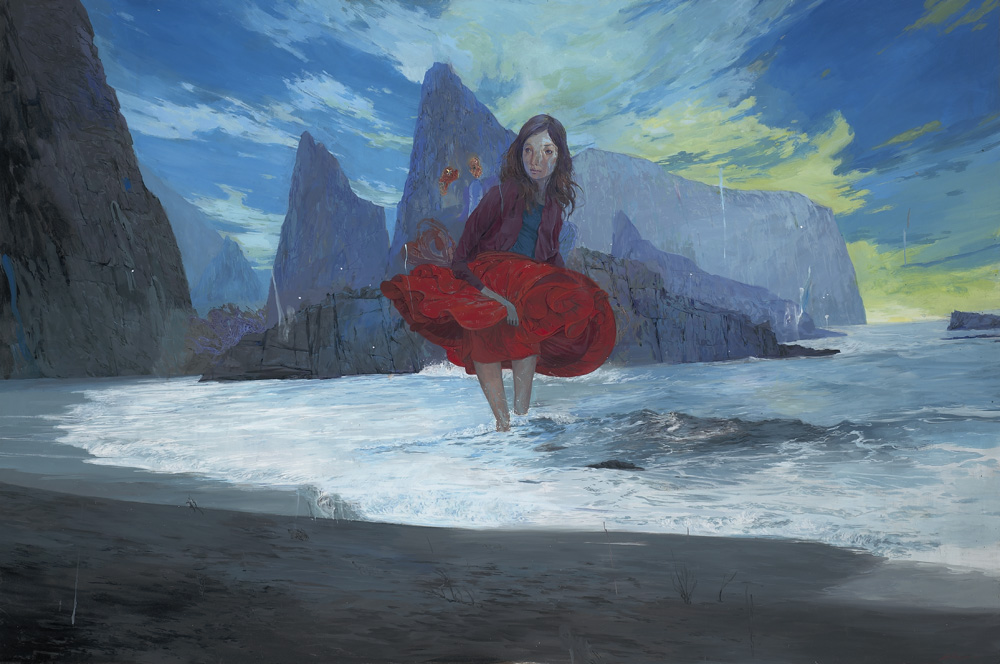 Hem completed the piece over the course of the last week. Here is a slideshow of the mural while Hem was still working on it.