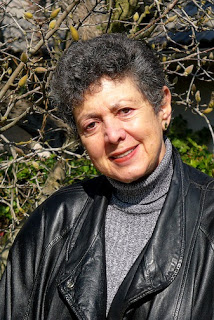 Culver City, California – Two well-known award-winning voices in the LGBT community will visit Antioch University Los Angeles (AULA) for two separate talks focused on the history and recurring themes that appear in ongoing social justice conversations in the lesbian, gay, bisexual and transgender history. The first, “A 70-Year Struggle: The History of the Battle for LGBT Rights” with historian Lillian Faderman is Tuesday, March 1 and “Conflict is Not Abuse: Overstating Harm, Community Responsibility and the Duty of Repair - A Talk with Lesbian Author-Activist Sarah Schulman," is Saturday, April 9. Both events begin with a buffet dinner at 6 pm, talk at 7 pm, and include a question-and-answer session and book signing to follow. The events are free to attend, open to all, and RSVP’s are requested at lgbtspecialization@antioch.edu.

“The LGBT Specialization assigns the works of Lillian and Sarah so it will be an honor for our students to see the authors of key texts in living color,” said Dr. Doug Sadownick, director of AULA’s LGBT Specialization and founder of Colors LGBTQ Youth Counseling Center. “It is part of affirmative theory in psychotherapy to teach our clients about history, critical thinking, the role of familial homophobia and leadership in the literary arts and these talks will conceptualize Sarah and Lillian as grassroots therapeutic activists stirring all of us in the LGBT feminist and social justice movements to work towards healing and psychological wholeness for all humanity as part of being affirmative psychotherapists in the therapy room and world-at-large. “

On March 1, Faderman will focus on familial homophobia and its consequences, and her upcoming book on community discourse and social justice, Conflict is Not Abuse. The New York Times named three of Faderman’s books on its "Notable Books of the Year" list: Surpassing the Love of Men, Odd Girls and Twilight Lovers, and The Gay Revolution: The Story of the Struggle. Her work has been translated into numerous languages, including German, Spanish, Italian, Japanese, Turkish, Czech, and Slovenian. Among her many honors are six Lambda Literary Awards, two American Library Association Awards, and several lifetime achievement awards for scholarship, including Yale University's James Brudner Award, the Monette/Horwitz Award, the Publishing Triangle Award, the ONE National Gay and Lesbian Archives Culture Hero Award, and the American Association of University Women's Distinguished Senior Scholar Award.

On April 9, Schulman will discuss how psychological therapies extend beyond the clinic to more open discussions of difficult issues impacting human futility today. Aligned with the institution’s social justice mission, specific topics include intervening on homophobia in the family and in society, and learning how to engage one another in and challenging new ways that promote growth and strengthen individuals, their communities and beyond. Schulman is an American novelist, playwright and lesbian rights activist who was named one of Publisher Weekly’s 60 Most Underrated Writers, along with numerous accolades for her novels and research. She is a Distinguished Professor of the Humanities at the City University of New York and College of Staten Island. Shulman’s activism work focuses on gay and lesbian rights, AIDS, the queer Palestinian Movement, and launched a campaign to free Canadian prisoners from prison in Cairo. Her numerous accolades in theater and film include a Guggenheim Fellowship in Playwriting, a Stonewall Award for Improving the Lives of Gays and Lesbians in the United States, and two American Library Association Stonewall Book Awards.

To learn more about these two events and AULA’s commitment to social justice, please visit antiochla.edu or contact Douglas Sadownick at dsadownick@antioch.edu or 310-578-1080 ext. 309.

Antioch University Los Angeles (AULA) provides a rigorous progressive education to prepare students for the complexities of today’s diverse societies. AULA, a not-for-profit institution and part of the Antioch University system, has served the greater Los Angeles area since 1972. The core values of social justice, service to the community, and lifelong learning lie at the heart of the undergraduate degree completion programs in Liberal Studies, Applied Studies, Applied Arts and Media, Urban Communities and Justice, and Applied Technology and Business Leadership and graduate programs in Nonprofit Management, Education and Teacher Credentialing, Psychology, Creative Writing, and Urban Sustainability.

Inspired by the work of pioneering educator Horace Mann, Antioch University provides learner-centered education to empower students with the knowledge and skills to lead meaningful lives and to advance social, economic, and environmental justice. With campuses in Keene, New Hampshire; Los Angeles; Santa Barbara; Seattle; Yellow Springs, Ohio; and online at AU Connected, Antioch University is a bold and enduring source of innovation in higher education. The University is accredited by the Higher Learning Commission.