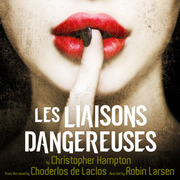 Set among the decadent ruling class of pre-revolutionary France, this Olivier Award-winning play is a seductive and unsettling tale of sex and revenge in an all-too-recognizable world, where love is a blood sport played for glory and malice and men have all – almost all – the power. Antaeus Theatre Company kicks off its 2017/18 season with a fully partner-cast production of Christopher Hampton’s award-winning adaptation of the scandalous novel by Choderlos de Laclos. Oct. 19 – Dec. 10; $15-$34; Kiki & David Gindler Performing Arts Center, 110 East Broadway, Glendale, CA 91205; (818) 506-1983 or www.antaeus.org.