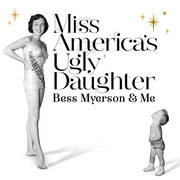 Following last summer’s sold out run at The Edye, writer/performer Barra Grant is back with her darkly hilarious mother-daughter story: the true, inside tale of Grant’s seismic relationship with her mother, Bess Myerson. A beauty queen best known as the first and only Jewish Miss America, Myerson was an accomplished pianist, television personality, New York City’s first Commissioner of Consumer Affairs, a close advisor to Mayor Ed Koch, and a national spokesperson against anti-Semitism. Then, she infamously went down in flames — with her Mafia boyfriend! — in a judge-bribing scandal known as the “Bess Mess.” If you missed Grant’s fascinating tale about being a confused ugly duckling growing up in the shadow of her spectacular mother, here’s your chance. Feb. 2 – March 24; Saturdays @ 8 p.m.; Sundays @ 6 p.m.; Mondays @ 8 p.m.; Greenway Court Theatre, 544 N. Fairfax Ave., Los Angeles, CA 90036; free parking; Every Monday is “Mother-Daughter Monday”: mothers and daughters can buy-one-get-one-free; (323) 285-2078; MissAmericasUglyDaughter.com.

Cooper Walker is now a member of Culver City Times
7 hours ago
Welcome Them!