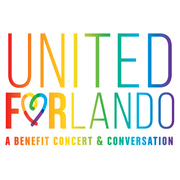 The Wallis Annenberg Center for the Performing Arts and the Los Angeles LGBT Center present United FORlando, an evening concert in memory and support of the victims of the recent tragedy at Pulse nightclub in Orlando, on Saturday, July 16, 2016 at 8:00 p.m. in the Bram Goldsmith Theater at The Wallis. The evening tribute includes special musical performances by the Gay Men’s Chorus of Los Angeles and the cast of Hit The Wall by Ike Holter, the award-winning immersive theater production set at NYC’s historic Stonewall Inn during the summer of 1969. Actor and activist Wilson Cruz, whose aunt was among the victims on June 12, will moderate “After Orlando: Reflections and Where We Go From Here,” a conversation featuring panelists Kate Kendell, Executive Director of the National Center for Lesbian Rights, and Darrel Cummings, Chief of Staff of the Los Angeles LGBT Center. Single tickets are now available for purchase for $25 – $45 with net proceeds from the concert benefiting the GLBT Community Center of Central Florida (The Center). Any additional donations secured will also be donated in their entirety to The GLBT Community Center of Central Florida.

For more information or to purchase tickets, visit TheWallis.org, call 310.746.4000, or stop by in person at the Wallis Annenberg Center for the Performing Arts Ticket Services located at 9390 N. Santa Monica Blvd., Beverly Hills, CA 90210. Ticket prices subject to change.

RSVP for United FORlando, an Evening Tribute Concert and Conversation to add comments!