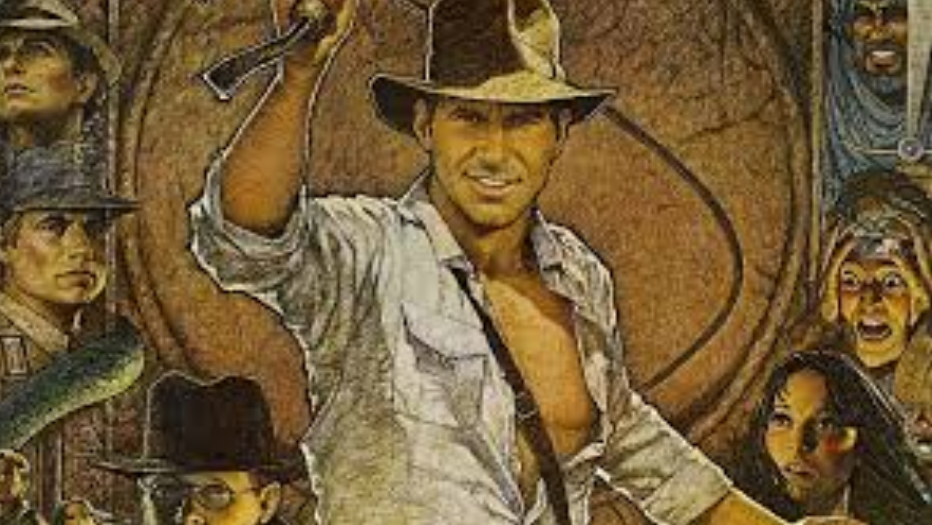 On Halloween, Friday, October 31st, Culver City's Parks & Playgrounds program will host a free night at the movies under the stars at 8:00 p.m. at Veterans Memorial Park. This year’s movie presentation is the 1981 classic, Raiders of the Lost…

Where Am I in Culver City? Game 082 Solution 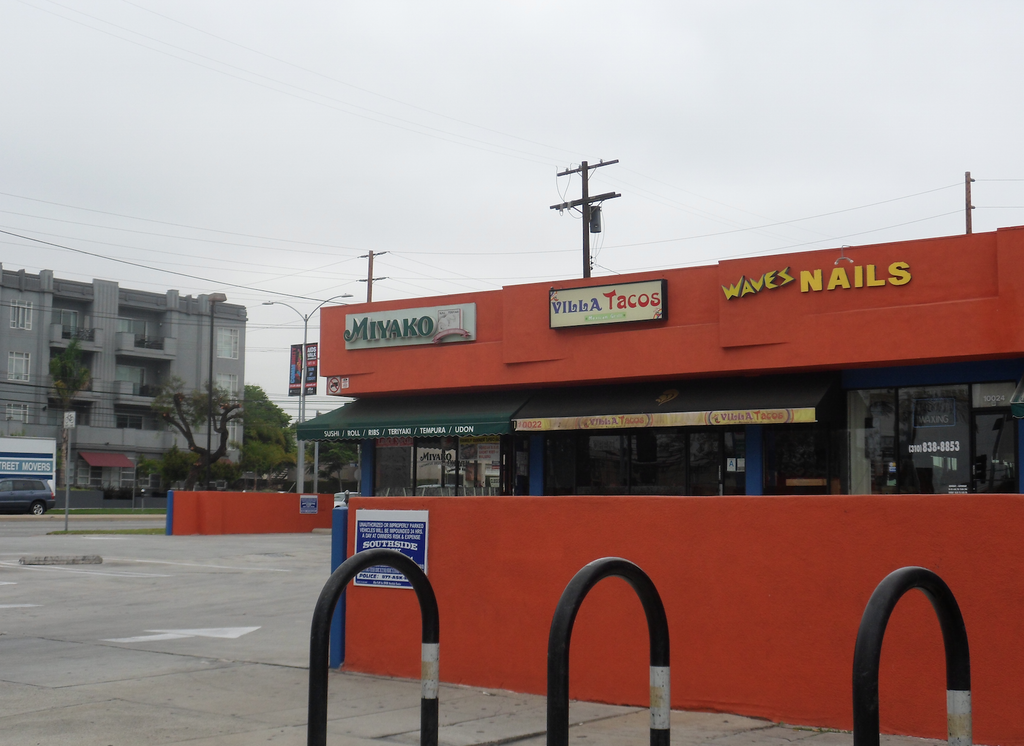 CCUSD recently completed a highly successful sale of its $26.5 million Election of 2014 General Obligation Bonds, Series A (Culver City Unified School District General Obligation Bond Program). The bonds were well-received in the market, and the timing of the sale could not have been better. The District entered the bond market one day after the lowest interest rate levels of 2014 year-to-date. Focus on Federal Reserve policy, mixed economic data, uncertainty in Europe, and other… SideChef, the step-by-step cooking app that rocketed into iTunes’ Top 10 Food & Drinks apps in the first week of its iPhone launch, is hosting "Festive Falls Flavors" at Surfas Culinary District’s Test Kitchen at 8777 Washington Blvd, this Saturday, November 1, from 11 am to 1 pm.

Here's what Surfa's has to say about the event: "For us “sides” are the stars…

“This is exciting news for all of these hardworking schools that have made impressive gains in student achievement,” Torlakson said. “I congratulate both those new to the list and those with continuing success. They are committed to providing their students…

Recently, Thrillist.com nominated Bigfoot West (on Venice) as the Best Bar in Culver City. Here's what they had to say about the watering hole:

Both Bigfoot locations look like someone took Yogi Bear's Yosemite ranger stations and plopped 'em down right in the middle of the city. The Westside location has a couple things on its side, though: there…

Gallery Pick of the Week: David Lloyd at Klowden Mann in Culver City 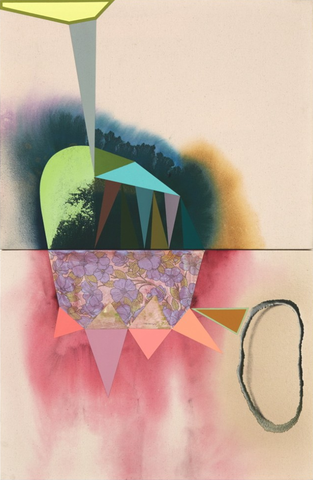 David Lloyd's New Paintings opens at Klowden Mann gallery in Culver City this Saturday, October 25. Lloyd is a Los Angeles-based artist, and his new work is a combination of "formal abstraction and narrative irreverence." The piece over there on the left is entitled "A Fundamental Force." The opening reception with the artist is Saturday… The Culver City Public Works Environmental Programs and Operations Division is offering an Advanced Home Composting Workshop this Saturday, October 25, from 9 am to 11:30 am at the Veterans Memorial Complex, Garden Room.

This Advanced Workshop will introduce organic gardening, landscaping with native friendly and drought tolerant plants, and… 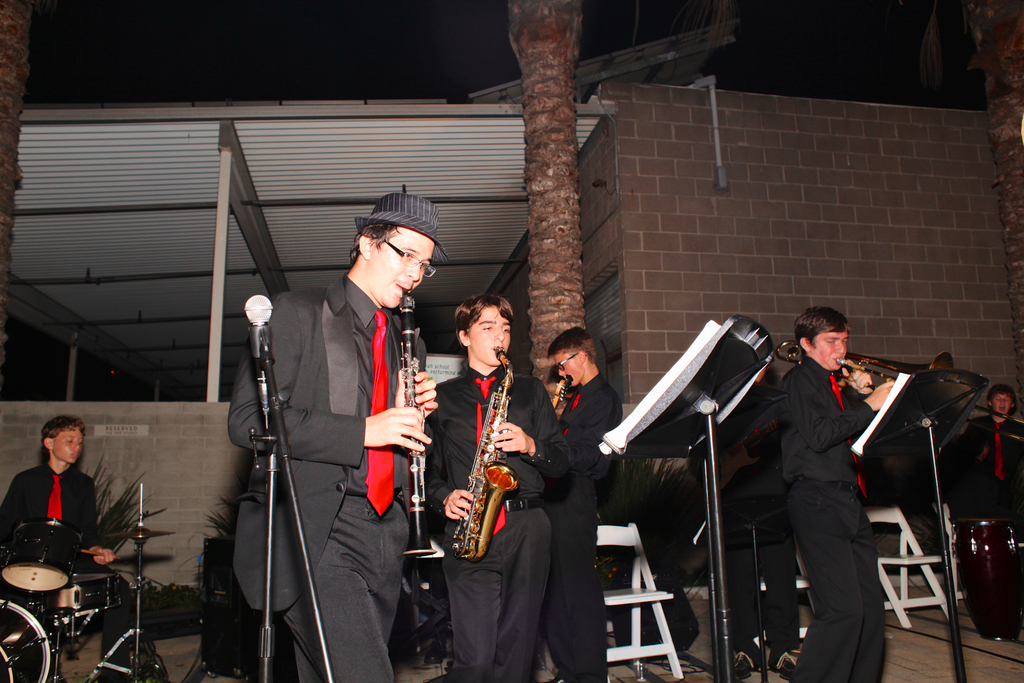 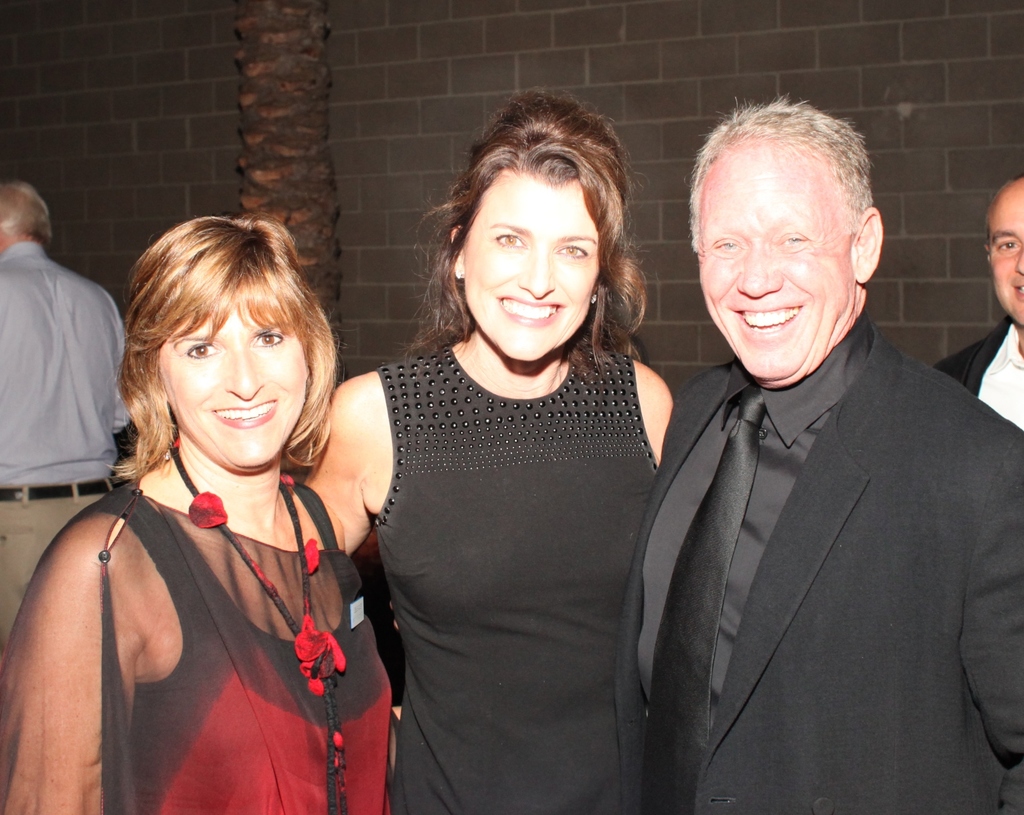 Culver City leaders, community guests and members of the design industry gathered for the annual Sip for Our Schools, a charitable wine and… 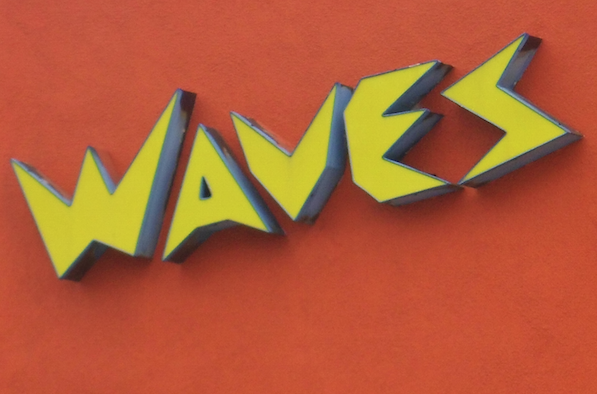 Today the question is: Do you know where in Culver City these "Waves"  are? If you know, enter your response in the comments box of this post. 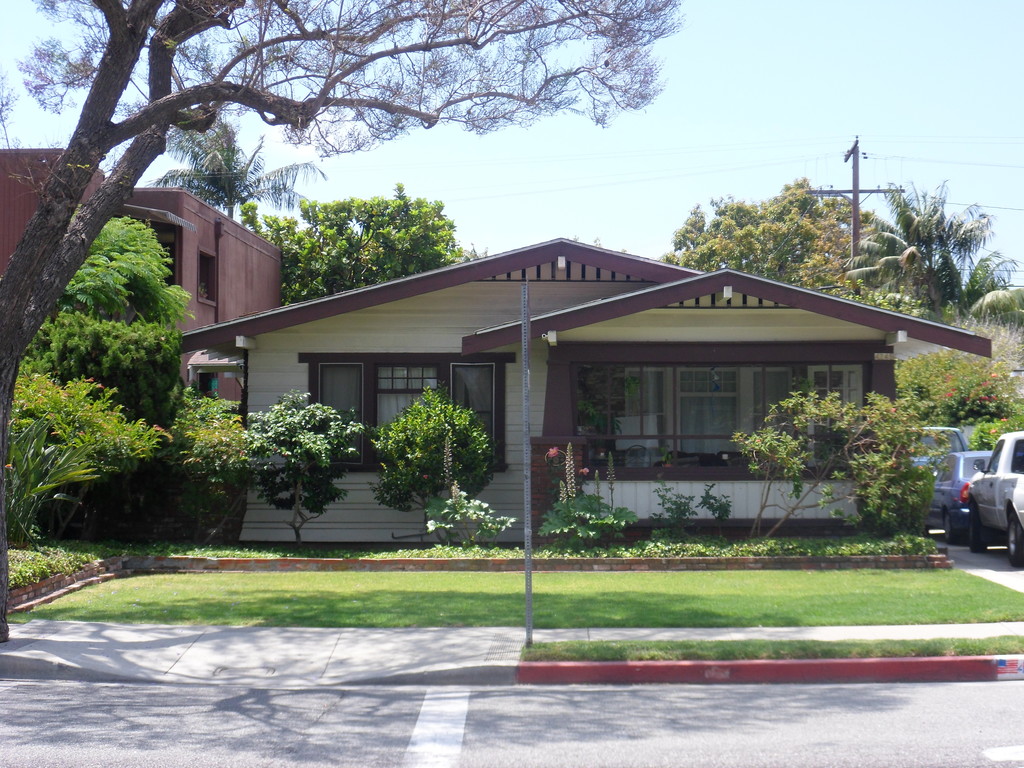 "The Craftsman-style house at 4245 Duquesne is a 1920s landmark structure. Dan Coombs, a contractor and member fo the city's early board of trustees, built it for his family. A park and a street both carry the Coombs name in honor of the family." 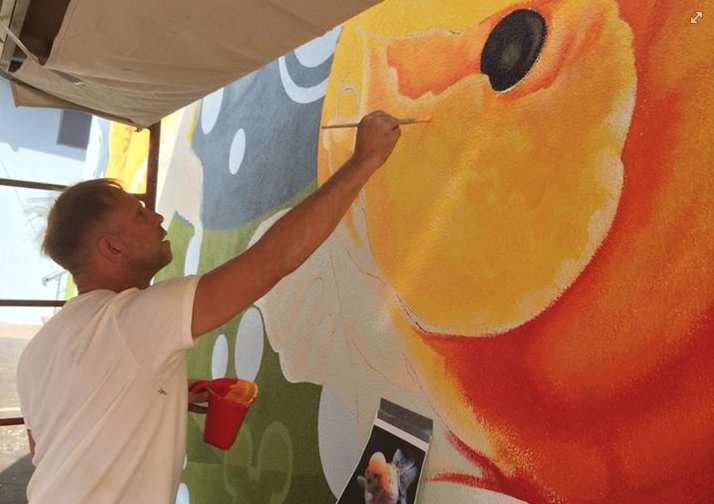 Artist Patrick Marston has been working away on his mural at the corner of Washington Place and McLaughlin Ave. Here's an overview of his progress. When complete, it's going to be magnificent.… 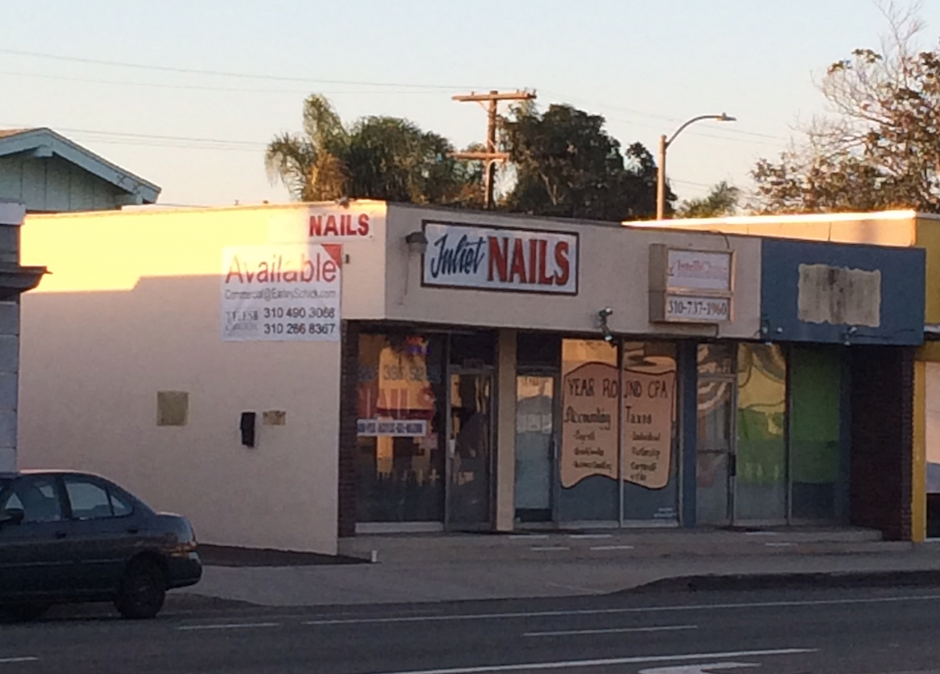 Explaining that the show features two videos and 62 photographs that were featured in the Whitney Biennial this year, Knight compares the work to Cathy Opie… 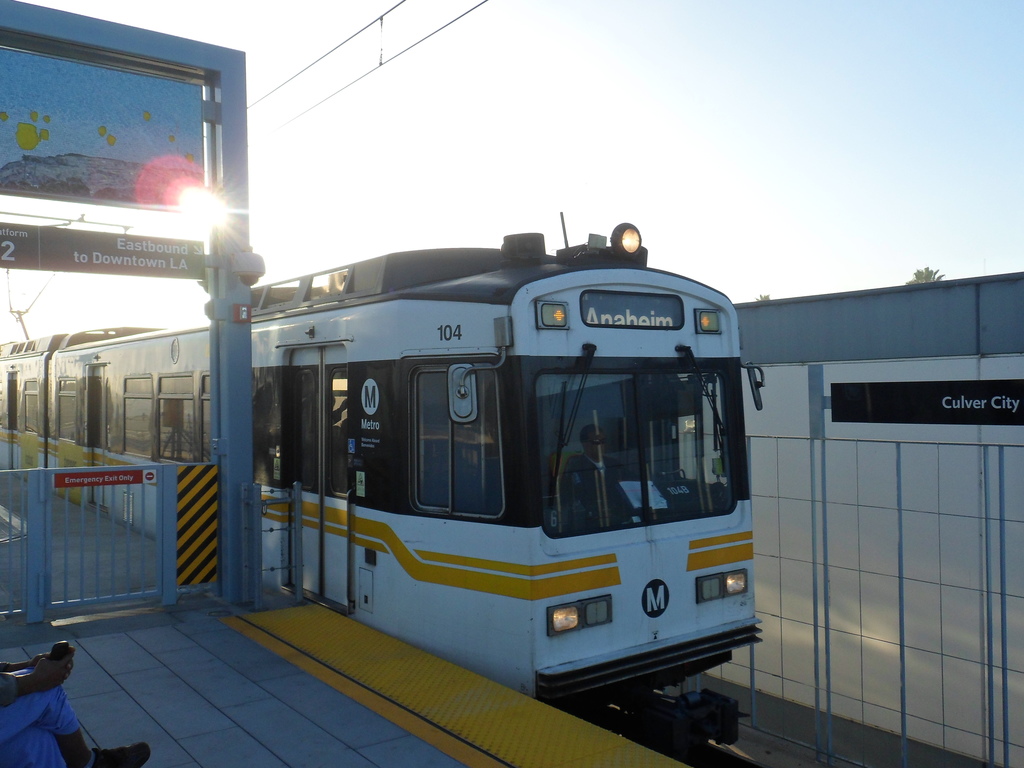 Culver City is trying to figure out what would be the best way to help people get the three long blocks from the Culver City Expo Line Station to downtown Culver City--or as they say it, they're "exploring various grant options for the funding of multimodal transportation options."

If you have an opinion about what would be best,…

On Saturday, October 25, 2014, the Mayme Clayton Library and Museum will be collecting donations to its Goodwill Donation Drive Fundraiser.

Come and drop off gently used apparel, household items, books, DVDs, electronics (working or not) at the Goodwill Collection Truck parked in the parking lot of the Mayme Clayton Library and Museum from 9 AM to 1 PM.

Mayme Clayton Library and Museum receives money for the goods collected at the Goodwill Drive. 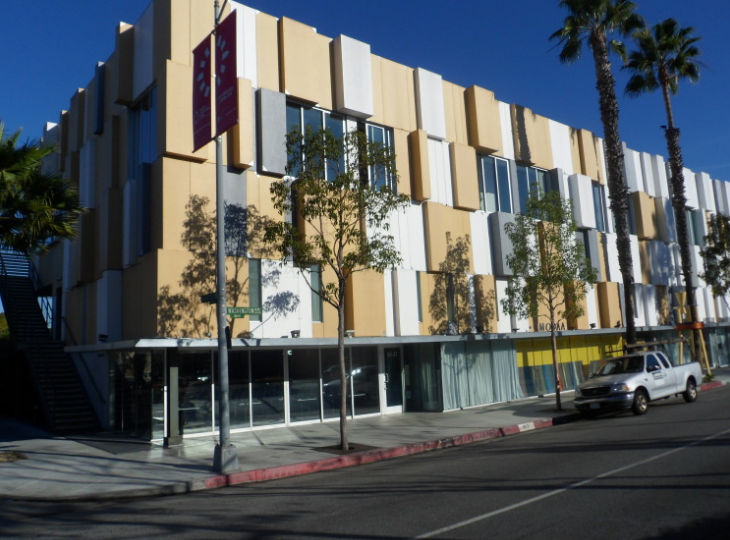 LA Eater is reporting that Culver City's own Muddy Leek restaurant has closed.  The "farm-to-table" restaurant in city's Art District that Jonathan… 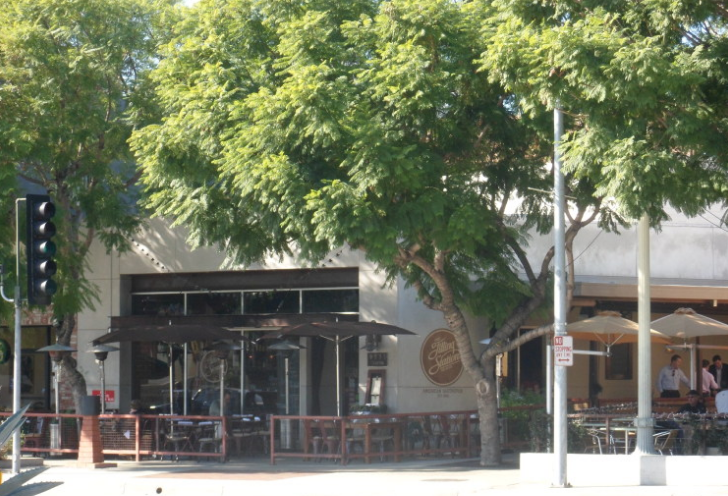 In June, Ford's Filling Station in downtown Culver City abruptly closed up shop. Now the Los Angeles Times has some great news: Akasha Richmond, the mastermind behind one of my very favorite Culver City restaurants (uh...Akasha) has signed… 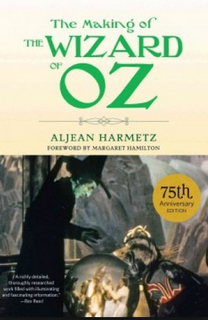 Aljean Harmetz, author of The Making of the Wizard Oz, will discuss her book about the classic movie (made in Culver City, of course) at the next general meeting of the Culver City Historical Society on October 15th at 7:30 pm in the Culver CIty Teen Center. The Wizard of Oz is marking its 75th anniversary this year. The public is welcome to join the members… 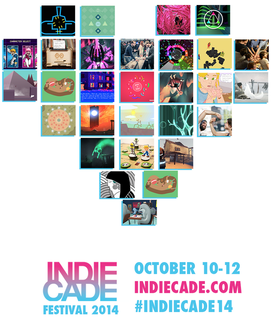 IndieCade is huge -- and fun  -- independent video games festival, held in downtown Culver City each October. The "industry" side of the event includes a professional conference track and business networking opportunities, but the stuff that's the most fun for the public is the chance to play more than 150 new independently developed video games. Although they're…