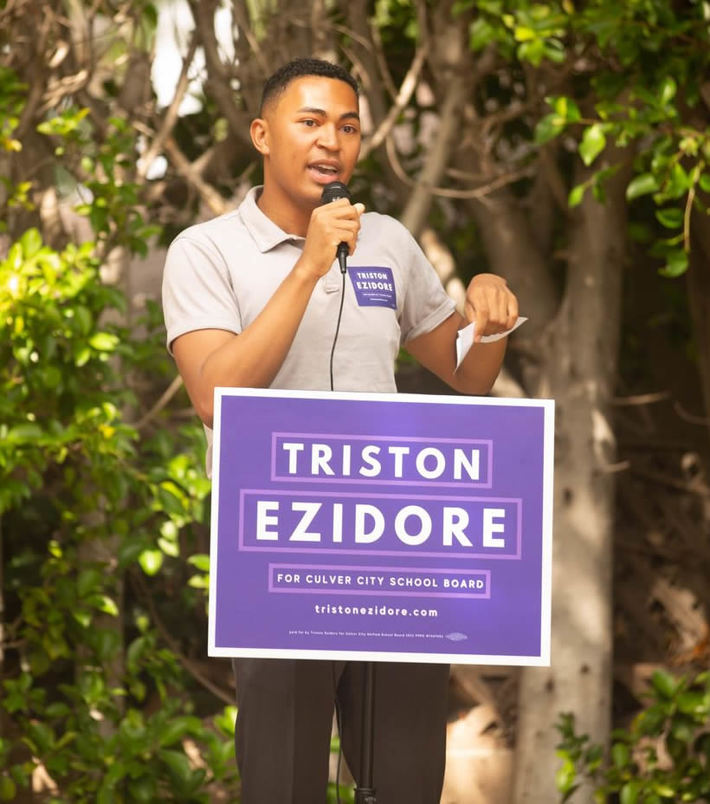 “Triston Ezidore’s dedication to expanding access to a high quality education has been evident since his time as a student leader in Culver City Unified School District. His energizing perspective is empowering and rooted in community service. I am proud to endorse him for Culver City school board,” said Asm. Isaac Bryan.

“Assemblymember Isaac Bryan’s bold activist leadership, rooted in community and legislated with an intersectional lense, paves the way for young leaders to come and call into question policies and practices that leave communities behind. Asm. Bryan is a champion for working families and I’m humbled and honored to receive his endorsement. I look forward to a continued partnership as we organize to deliver bold systemic change to the students, faculty, and staff of Culver City Unified School District,” said Triston Ezidore.

Assemblymember Isaac Bryans endorsement adds to an enthusiastic multigenerational coalition of grassroots supporters, including the Southwest Carpenters, Local UA 250, Stonewall Young Democrats, as well as dozens of municipal elected officials from the Greater Los Angeles area. If elected, Triston would be the first Black male to serve on the school board, a historic addition to an already diverse body.

For all of Triston Ezidore for Culver City School Board’s endorsements, visit tristonezidore.com/endorsements