Culver City Gallery Show of the Month: HUSH at the Corey Helford Gallery In “Unseen,” his latest show at the Corey Helford Galley, street artist HUSH presents a series of figures that embody contradictions of ancient and modern, figurative and abstract, power and powerlessness. The paintings are gorgeous and complex, and the show only runs until June 15, so get over to there quick.

The figures’ faces are, in a way, classically romantic – with Hollywood studio-system lighting and a sense of longing worthy of Garbo. They could be geishas from centuries past, yet the design of their kimonos serves as a sharp contrast to this traditionalism. To fashion their robes, HUSH piles up layers of his own screenprints and then peals them away in strips.

The result recalls the layers of advertisements and paste-ups on a construction fence – an image that wrenches the figures into the present. The graffiti writing that peeks out throughout these paintings suggests the script of Japanese ink painting – but the simplicity and harmony of traditional sumi-e is usurped by the kineticism and complexity of the modern.

The women’s eyes are blacked out, but the absence has the effect of granting them a curious kind of power. Nude and with what appears to be a blindfold over her eyes, the woman in FADE 1 (above) is both the show’s sexist and most powerful. She can’t see you, but she is not afraid. These figures have the flavor of a Pieta, but in the way they gain power through ownership over their own vulnerability, they are also Madonna-like in the Ciccone sense of the word.

HUSH recently left his mark on the Branded Arts Building at Washington and National. 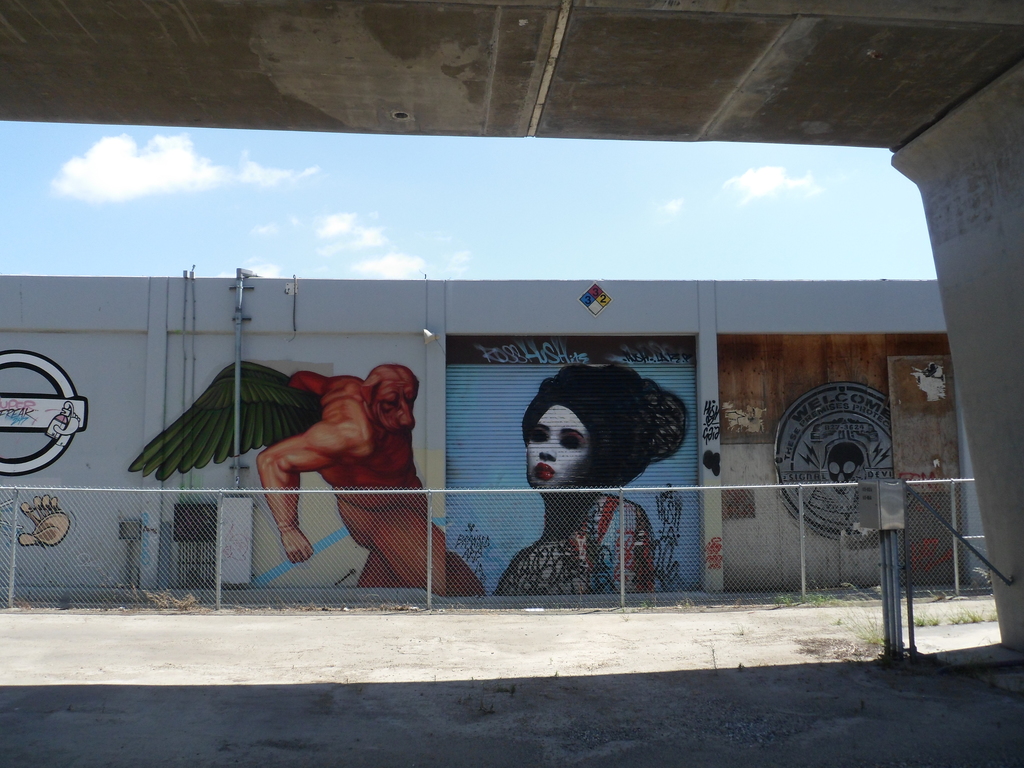 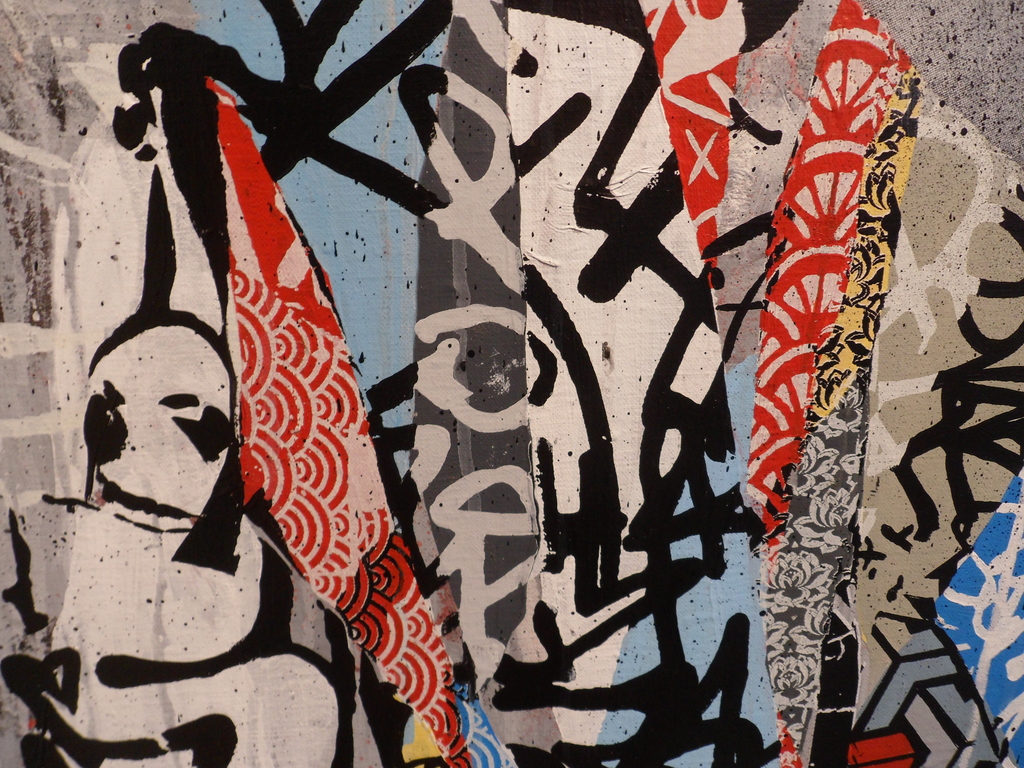 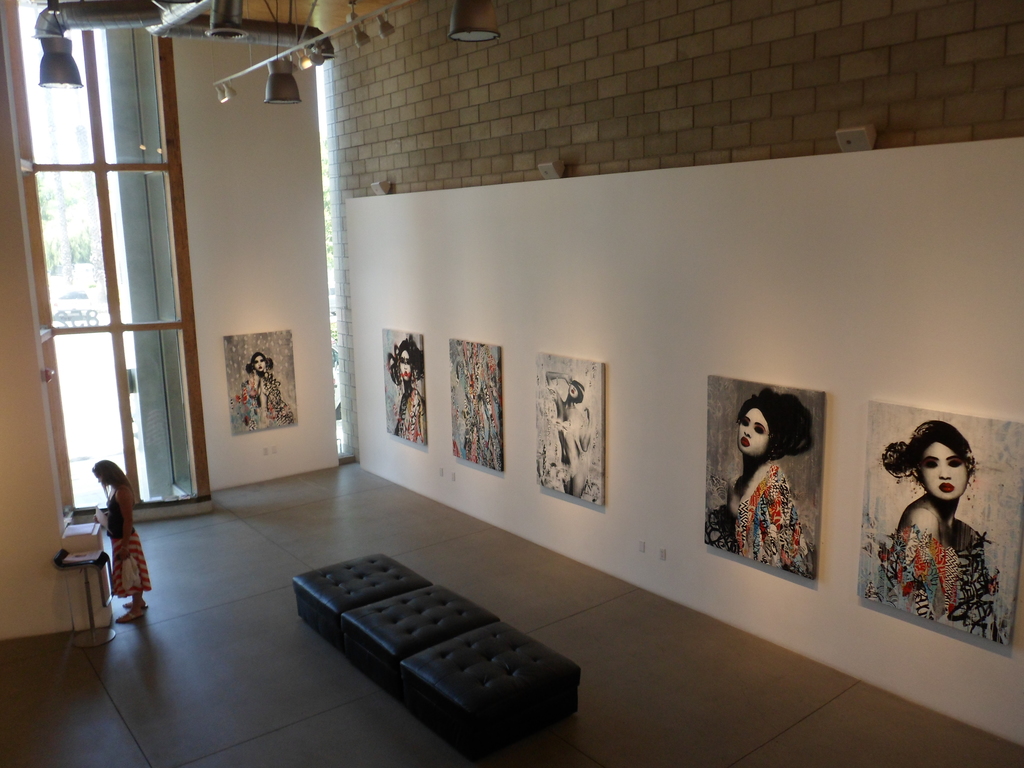 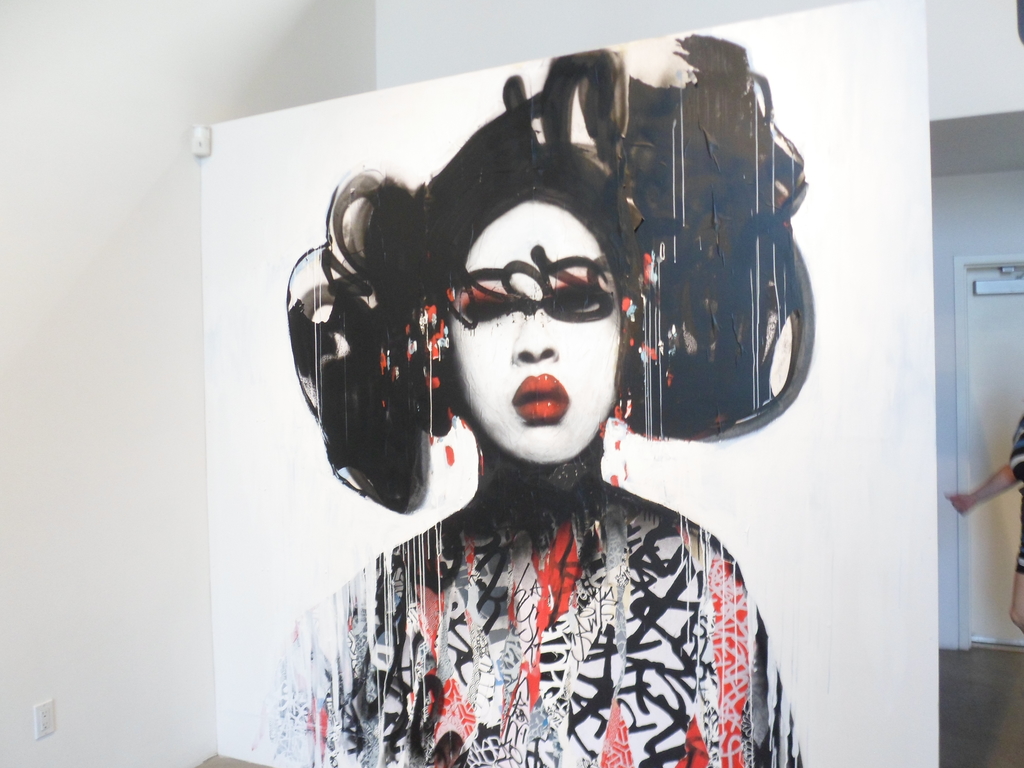