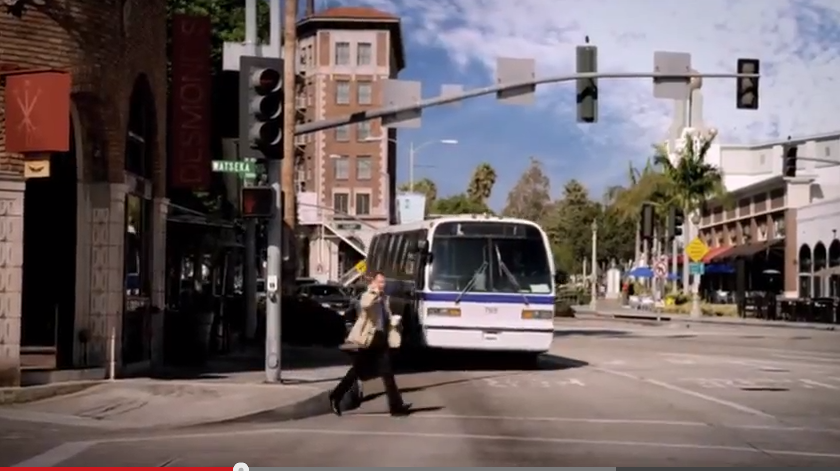 The actor is Tom Gurnee, but the real star of the new one-minute, national TV ad for Fidelity Life Insurance is downtown Culver CIty. In the commercial, a man walks distractedly out of Tender Greens (I believe): 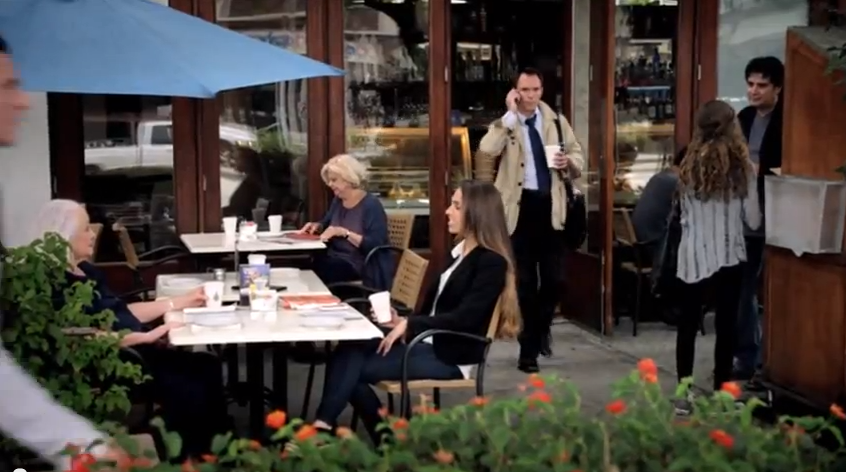 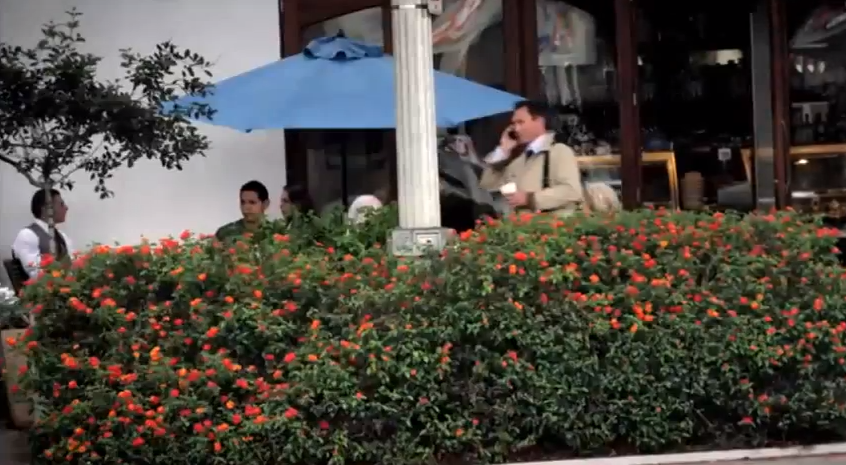 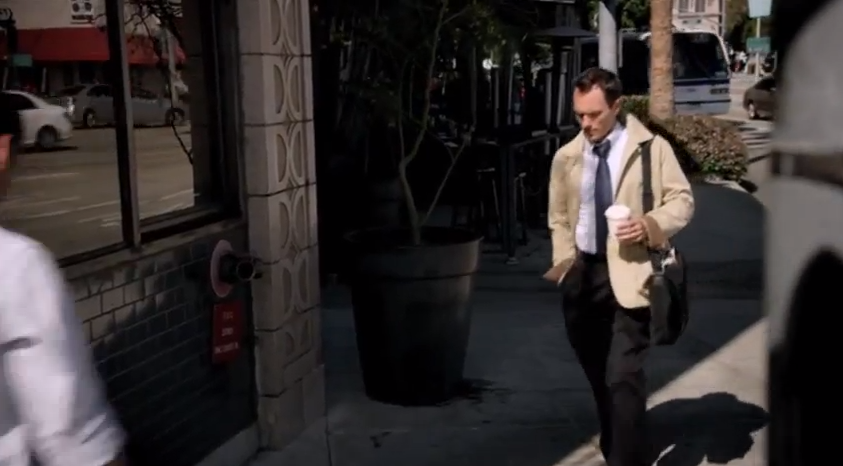 Then steps off the sidewalk directly into the path of an oncoming bus, with Culver Hotel and Pacific Theatres prominently in the background. Akasha, there on the left, has been re-dubbed Desmond's. 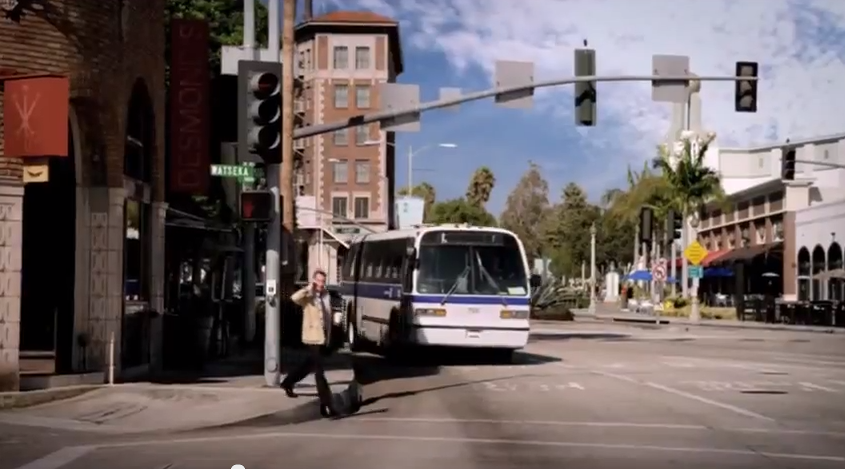 Fortunately (?), he survives his brush with death and ends up on the sidewalk in front of Akasha -- where he tells the person on the phone to remind him to buy life insurance.

Here's the ad in its entirety:

Hi Dane, I just passed through there this morning, and you're absolutely right. Good call.

He bought a coffee to go at Ugo's.

He should have taken a seat on that beautiful sidewalk patio and ordered a Macchiato in a ceramic cup.