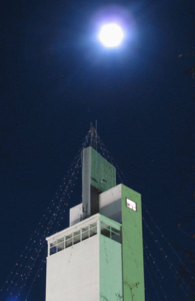 Here's what the symphony has to say about the program:

"The music of Robert Schumann and Igor Stravinsky are stylistically worlds apart, but they do have things in common. Both were quick-witted Geminis, and both were in the vanguard of musical revolutions.

"For Schumann, he was a leader of the Romantic Period. Following the Age of Reason and The Enlightenment of the preceding Classical Period of Haydn, Mozart, Beethoven and Schubert, the Romantics decided the passions of the self were first, and reason second. Schumann's Symphony No. 2, on this program, is full of the sounds of a Romantic: intense feelings about life, and his love for his wife Clara.

"Stravinsky revolutionized music in the early part of last century. The Modern Era followed the Romantics, but here music followed the intellect, and new harmonies, or non-harmonies, burst out. But the mercurial mind of Stravinsky never rested long in one style. His music for Pulcinella. also on this program, reaches back to the very lyrical and tonal music of the Baroque. This move confounded those leading the modern music revolution, but the public didn't mind. It is one of Stravinsky's most popular works."

The Symphony's conductor and musical director is Frank Fetta.