Over the last couple of weeks, the art collective CYRCLE painted five new murals on the walls of the creative offices at 10301 - 10395 Jefferson Blvd. in Culver City. Here's what the duo had to say about the pieces:

"The plan for the murals is to create a modern, contemporary reinterpretation of Neoclassical and Renaissance iconography, combined with the feel of traditional 18th century engraving techniques. The murals’ message is rooted in the concept of ascension and attempts to inspire viewers to rise above and look up in life.”

The murals really are an embarrassment of riches. 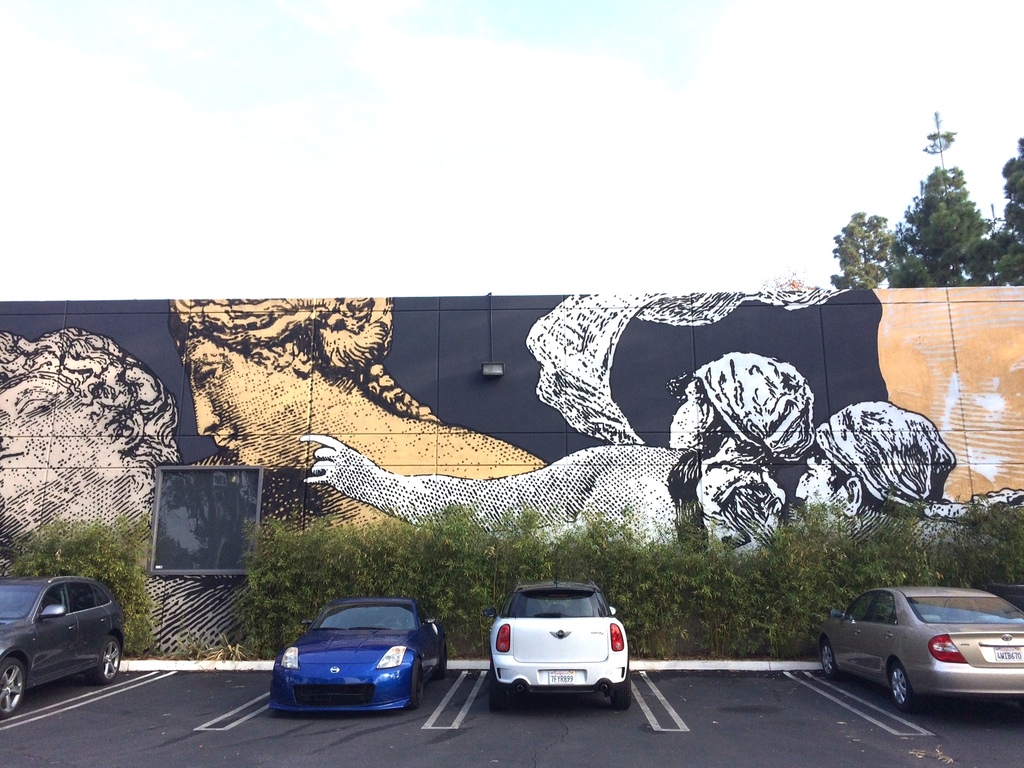 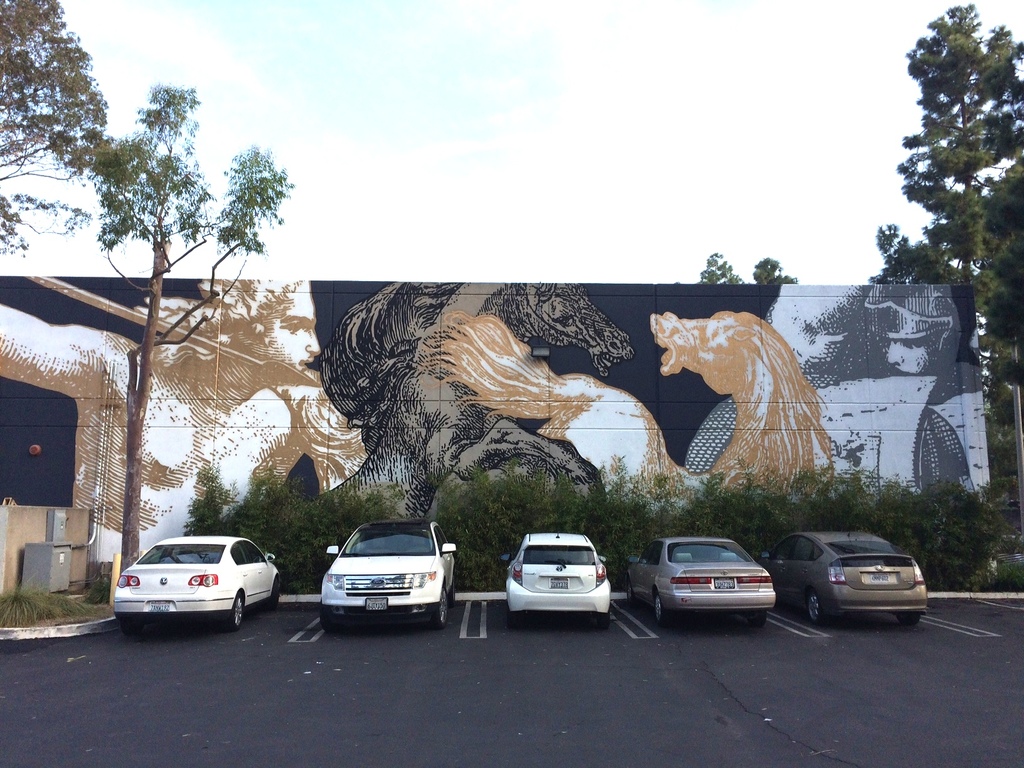 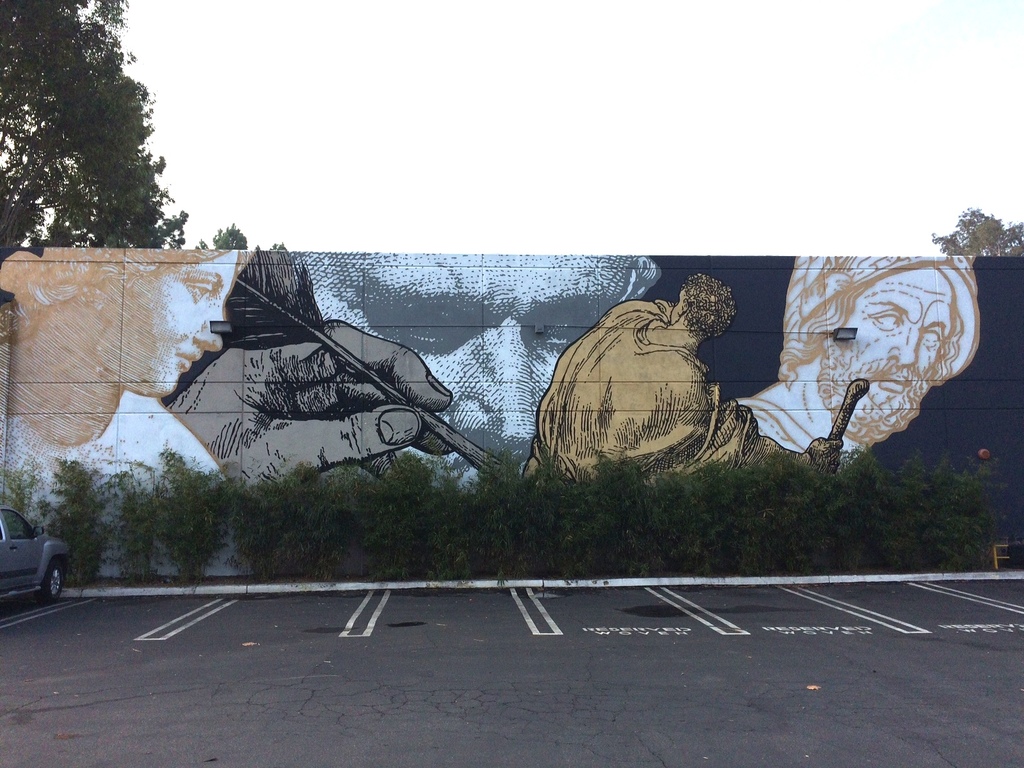 As some of you might remember, this isn't the first time CYRCLE has created a mural in Culver City. The former Branded Arts building featured this one: 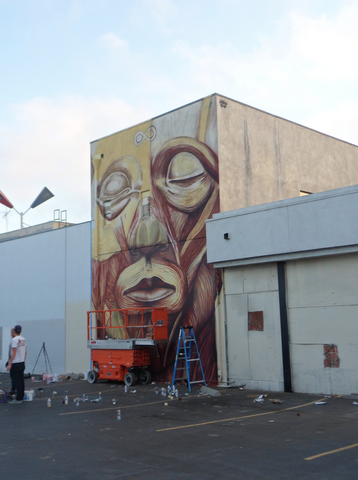 Then in September of this year, CYRCLE painted a gigantic mural at the corner of Santa Monica Blvd. and Highland in Hollywood, based on the artwork of a French musician Woodkid. Here's the result, which clearly served as a jumping-off point stylistically for these five Culver City pieces: 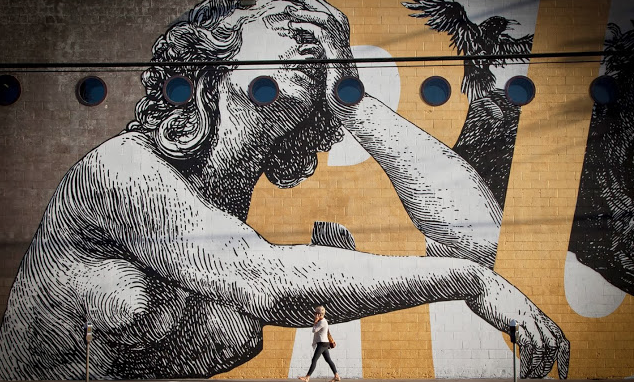 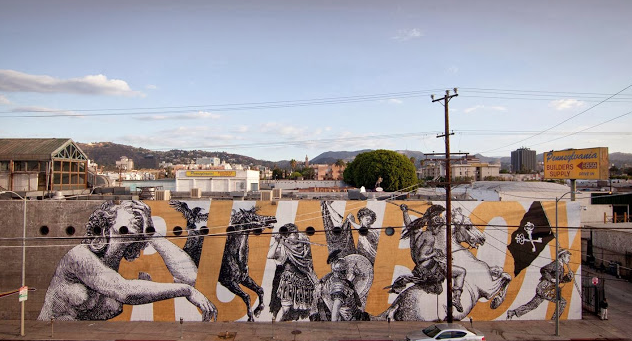 Here's a pic of the duo working on that piece: 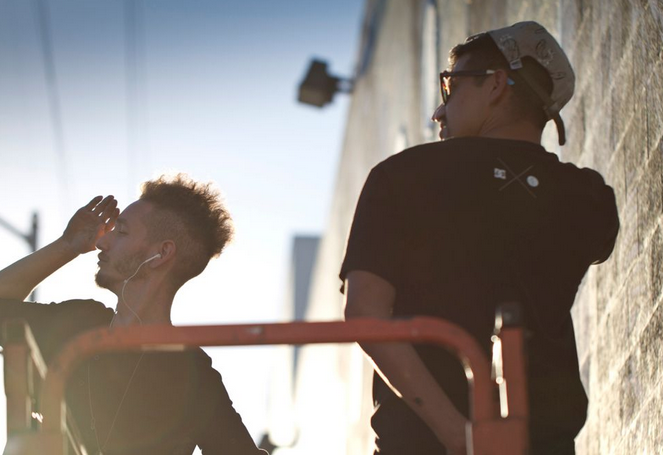 And, for context, here are a couple of other murals around Los Angeles created by CYRCLE. In March 0f 2011, for example, they created a piece called "Ready...Aim...Flower!" on Suzy's Meat Market in East Hollywood on Santa Monica Boulevard, just east of Vermont Avenue. Dig how they painted the telephone pole so that it doesn't ruin the effect of the piece. in June of 2011, the group executed a three-story mural entitled "Overthrone!" behind Blue Rooster Art Supplies at 1718 N. Vermont Ave. 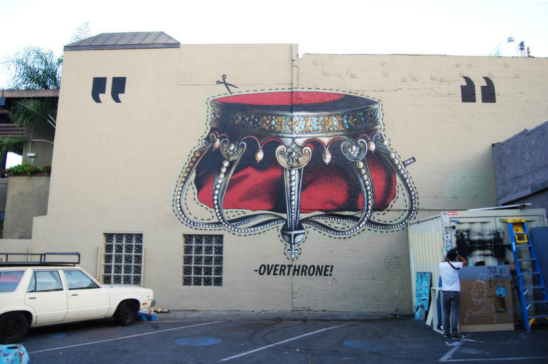 Finally, here are some great pics -- provided by Culver City Times superstar Doug Lemon -- of the murals when they were in the middle of being painted. Thanks Doug!