The Death Star is now fully operational. The new 7-Eleven at the corner of Sepulveda and Braddock in Culver City opened yesterday at about 10 am. (thanks to Culver City Member Kevin Lachoff for tipping me off!). We've been waiting more than a year to see how much the building would look like the futuristic rendering we saw last September: 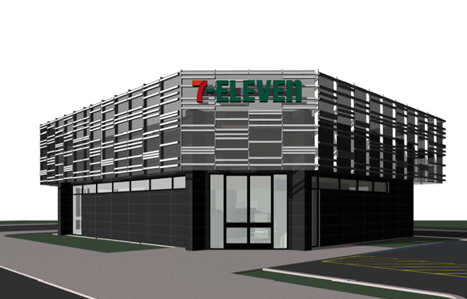 And what do you know...it doesn't look half bad, especially when you compare it to a standard concrete-block 7-Eleven. What do you think? It's pretty nice inside too. Its two-entrance design makes it more 'flowy' than a normal 7-Eleven, and perhaps in a concession to the concerns of the people in the neighborhood (the story I wrote on the subject year generated quite a lively debate in the comments section), the store doesn't sell any alcohol. 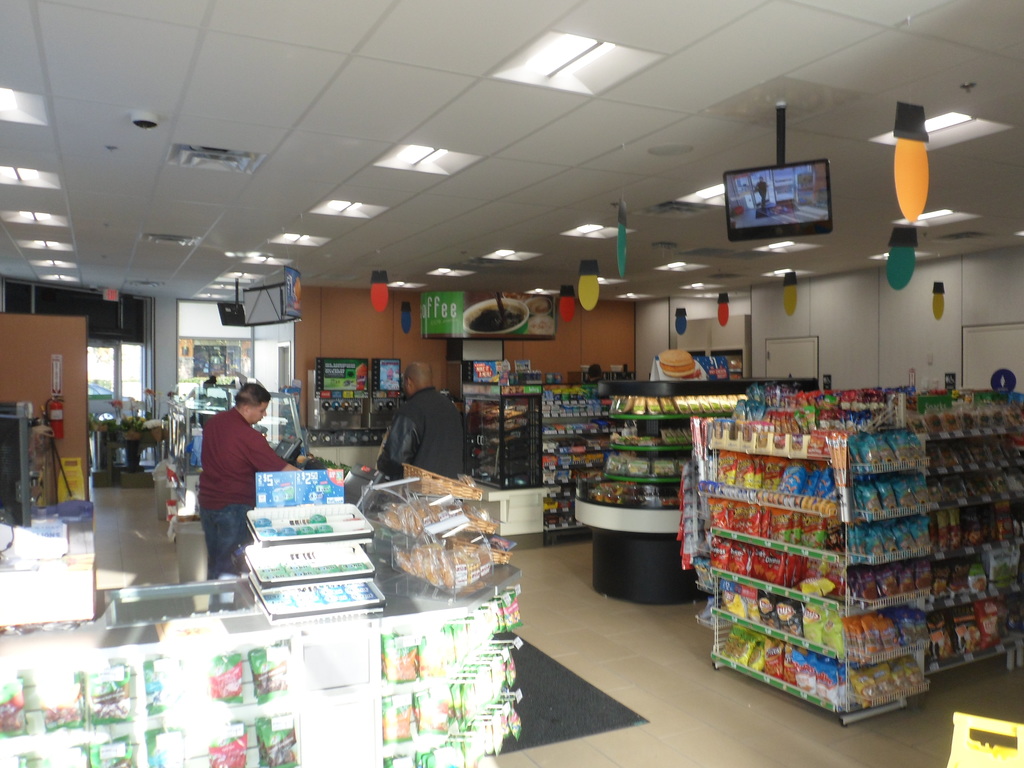 Here's the way the property used to look: 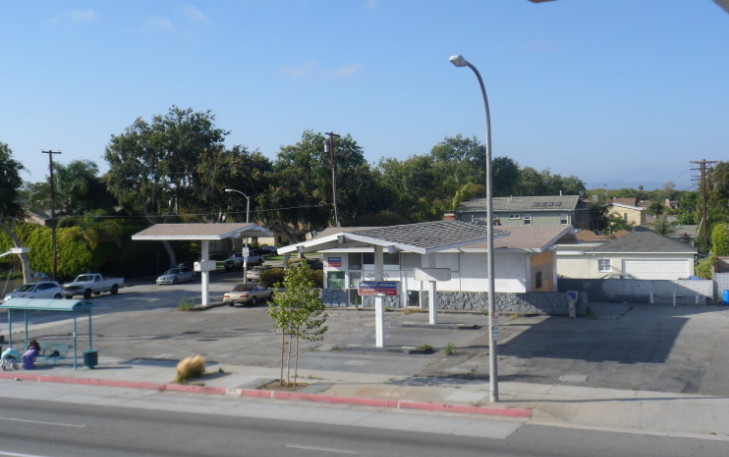 And here's a brief explanation of why the store looks the way it does instead of a like a traditional 7-Eleven (from a planning commission document last September): "The Planning Commission determined that it was necessary to avoid the standard company store design and encouraged the Project architect to produce a more modern architectural style, unique to the 7-Eleven franchise and the neighborhood. The building facade incorporates varied building materials including an aluminum screen mesh that accentuates the building form."

Amazing sky! Thanks for the pics Chris. This one as well as the new one in THE ICE SKATING RINK story. 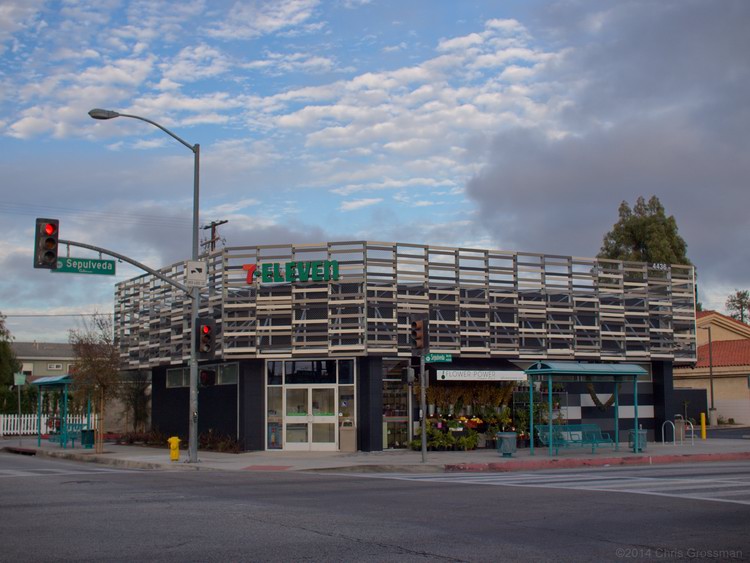 You know, I would have preferred a restaurant or department store but, if it's between this and an empty lot for the next ten years, I'll take this. It's better than the typical 7-11 building IMO. I haven't gone inside yet, but I'm okay with it. And, I do like the fact that they don't sell alcohol. I hope it stays that way...

UGLIEST F'G building I have ever seen.  That corner is going to be ACCIDENT CENTRAL and all their scumball clients are going to leave their crap all over the neighborhood.