For example, Akasha in downtown Culver City is offering the following menu for $35 per person: 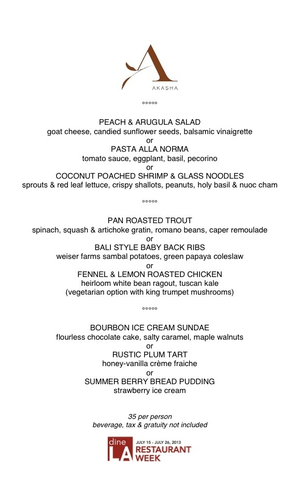