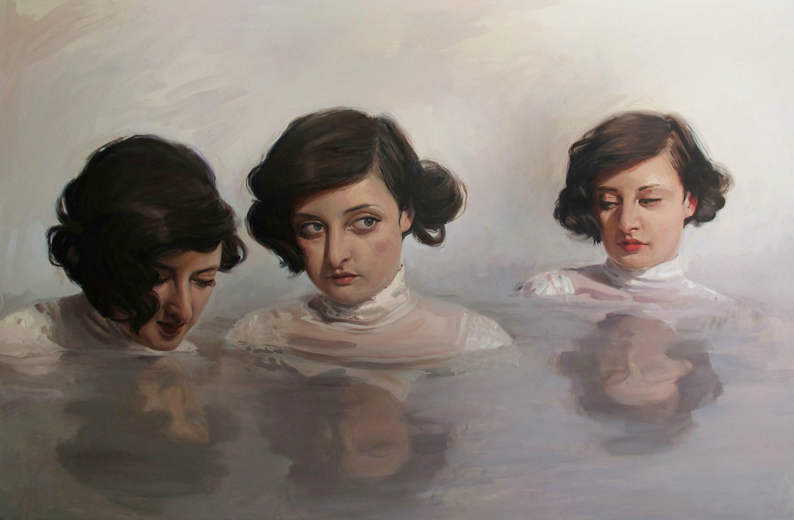 "Voices from the Lake," is an exceptional exhibition of oil paintings by Korin Faught – at the Corey Helford Gallery at 8522 Washington Boulevard in the Art District of Culver City. The work will is only scheduled to show until September 24, so get down to see them quickly -- it's the gallery adorned with the huge mural by D*Face.

The figures in Faught’s paintings are isolated and full of longing, cut off from the world and full of monkish desires, simultaneously ethereal and fleshly. The twins and triplets give the paintings a queasy hint of sideshow exploitation, although in this case, the sideshow is an unusually bummed-out one. The figures are captured making the kinds of grand, classical gestures you might see in the illustrations in a volume of Dante. 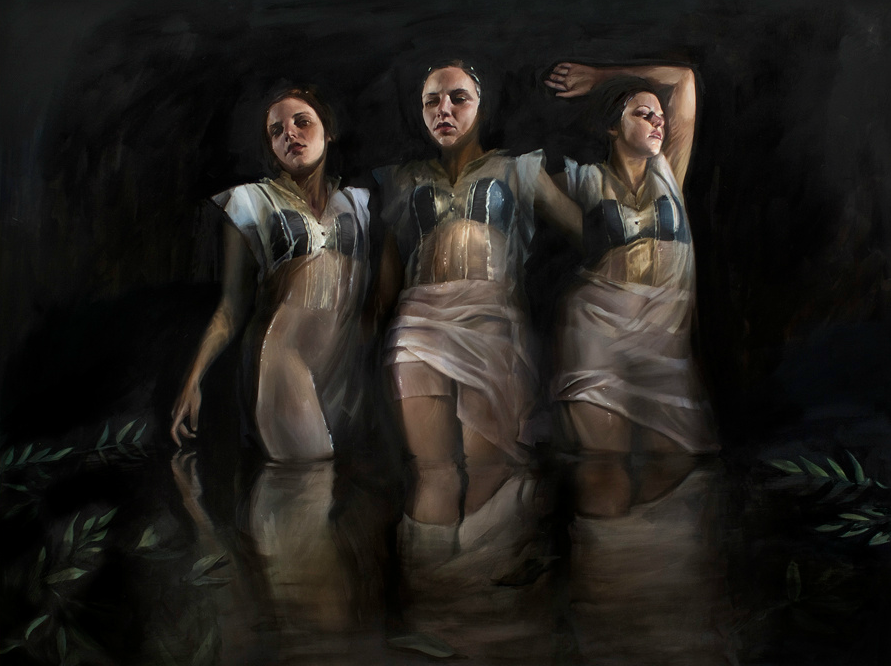 The theme of human doubling is advanced and punned-upon by the reflections cast by the figures in water or polished floors. It’s as if the events might be happening twice – once in real life and once in a dream. The figures look familiar and iconic – as if they are the artist’s friends or kidnapped from TCM at 3:00 a.m. 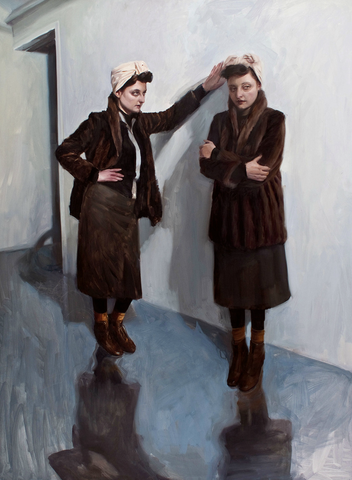 The show caught the attention of BoingBoing.net, “the world's greatest neurozine.”

An Arizona native, Korin Faught has lived in Los Angeles since 1999. She earned a BFA from the Art Center College of Design. There she studied under Aaron Smith, David Luce and Michael Hussar, who continue to be major influences on her work. Her paintings have been included at numerous galleries including The Shooting Gallery, Copro Nason, M Modern and X-Space Gallery in Toronto, Canada. 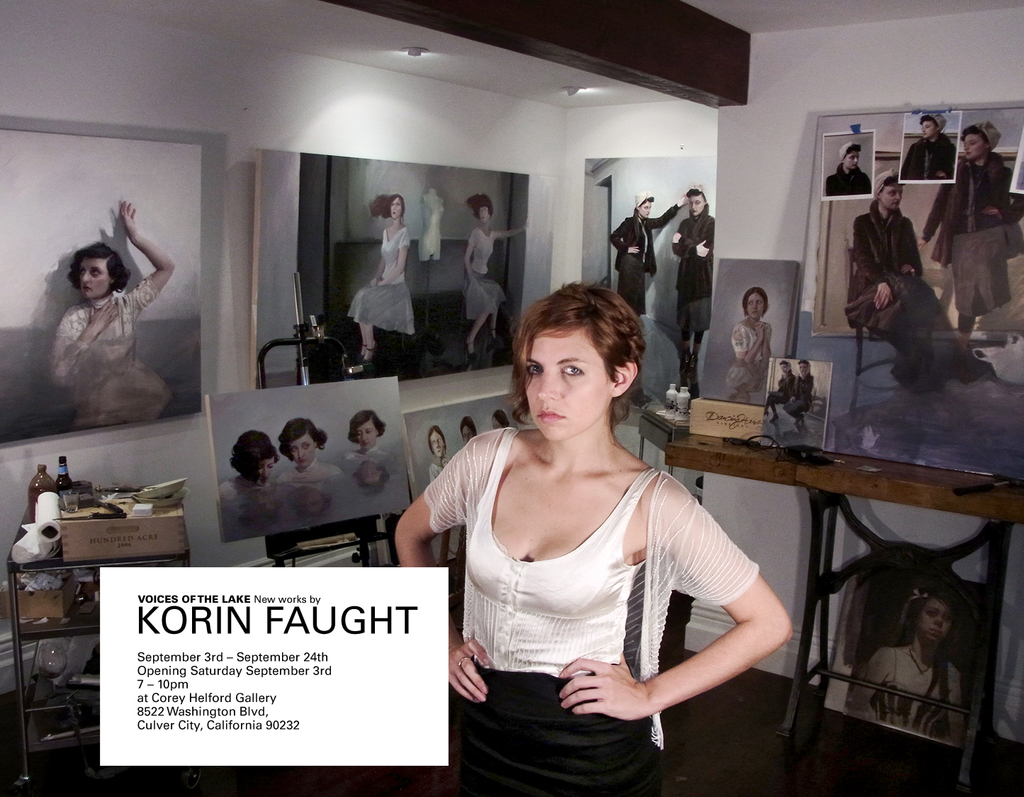