The former car dealership on the southeast corner of Sepulveda and Washington Boulevard in Culver City will be remodeled and transformed into retail space, according to a representative of owner Continental Development Corporation. The company is in negotiations with Starbucks, Chase Bank, Chipotle, Elevation Burger and Jersey Mike's Subs to fill the building on the corner, which will be remodeled. Continental is in negotiations with Fresh & Easy to occupy the new building to be erected in the now-empty space to the south.

Demolition is complete on the southern-most building, and Continental hopes to have the space ready for the retail stores to move in by June of 2012.

At the end of December, I suspected that something was going on with the long-abandoned dealership. There was earth-moving equipment on-site, and some work already being done. These pictures were taken on December 27, 2011. 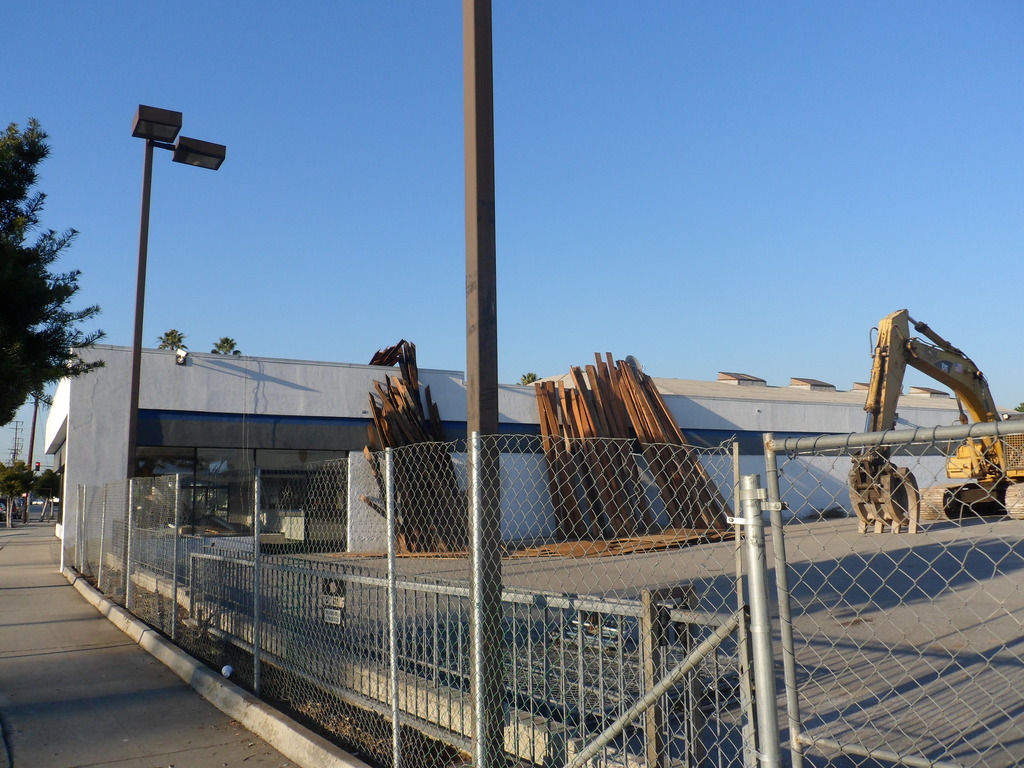 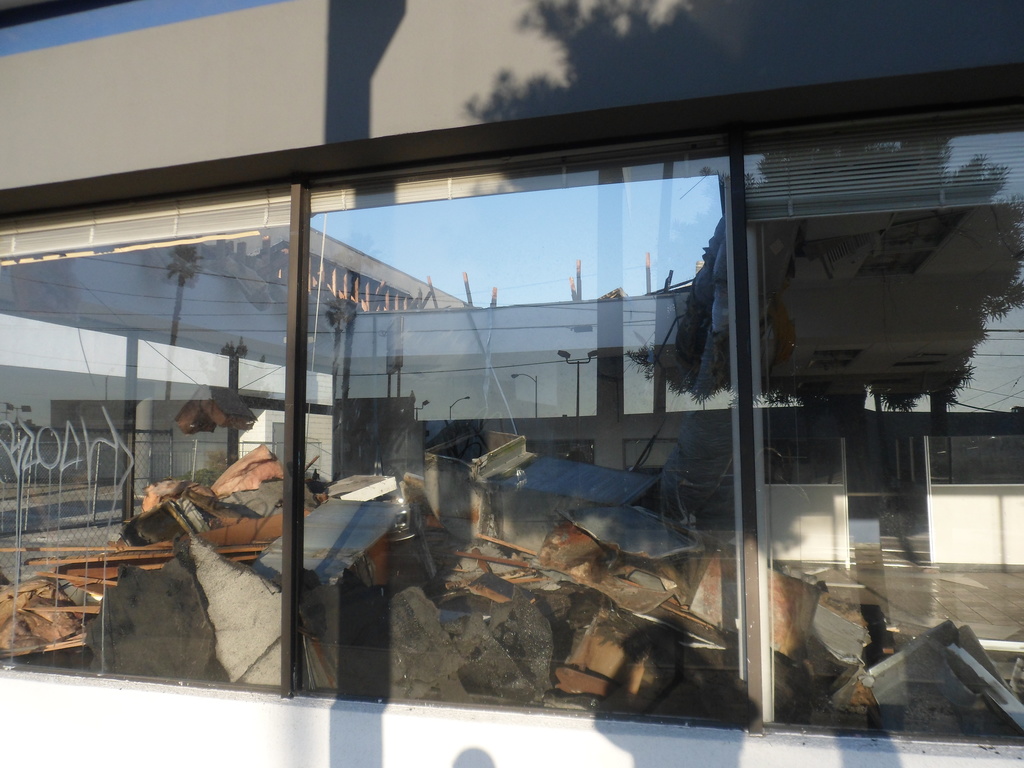 By January 10, the place was practically down. 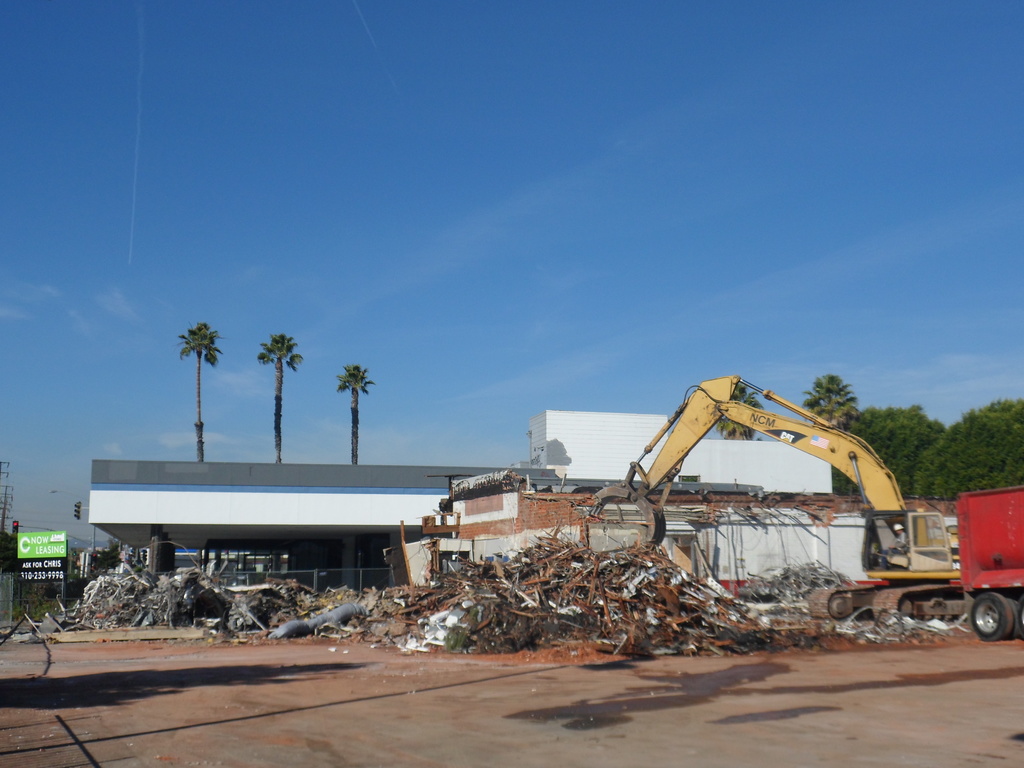 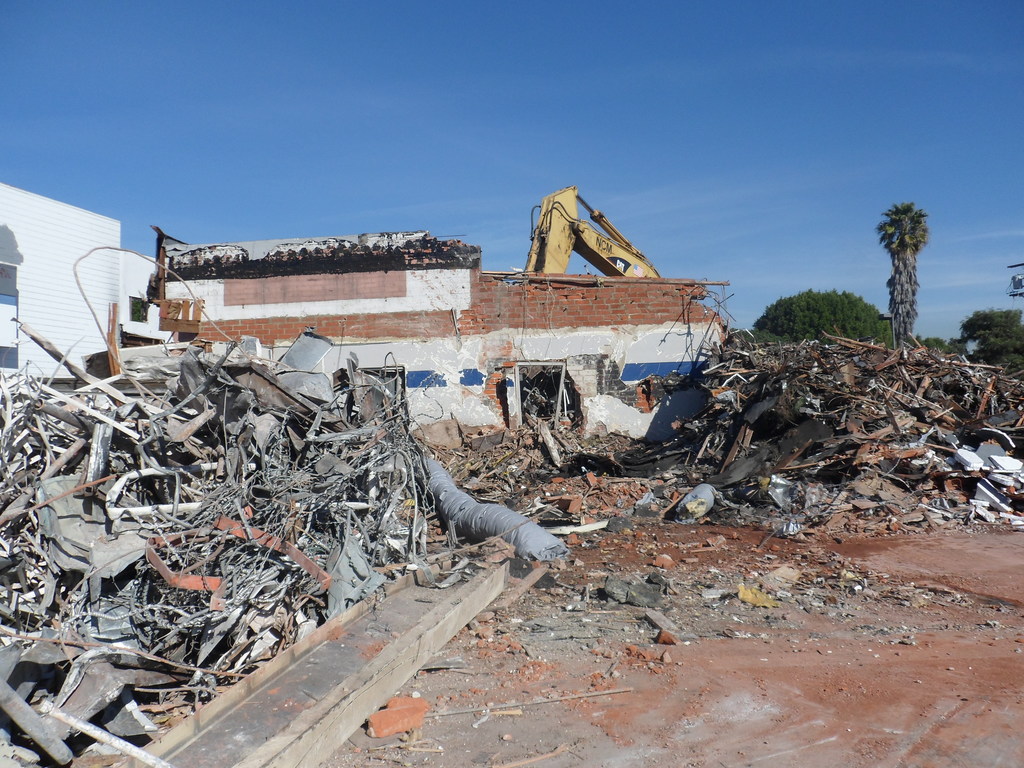 Today, it's a beautiful empty space. Enjoy it while you can! 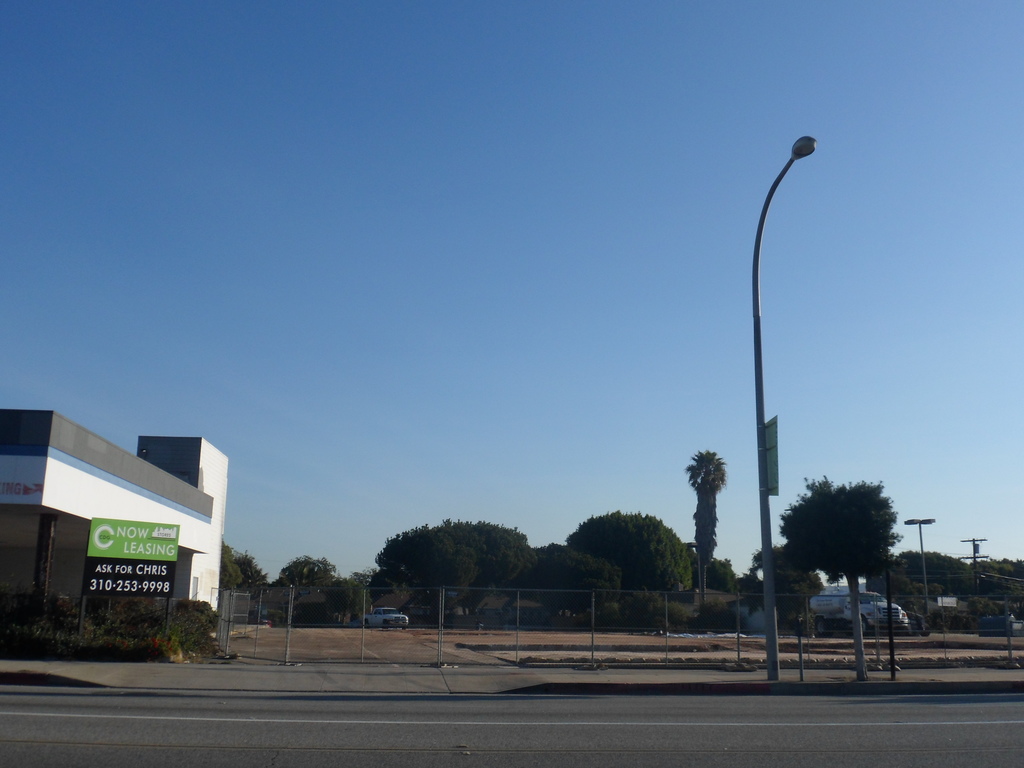