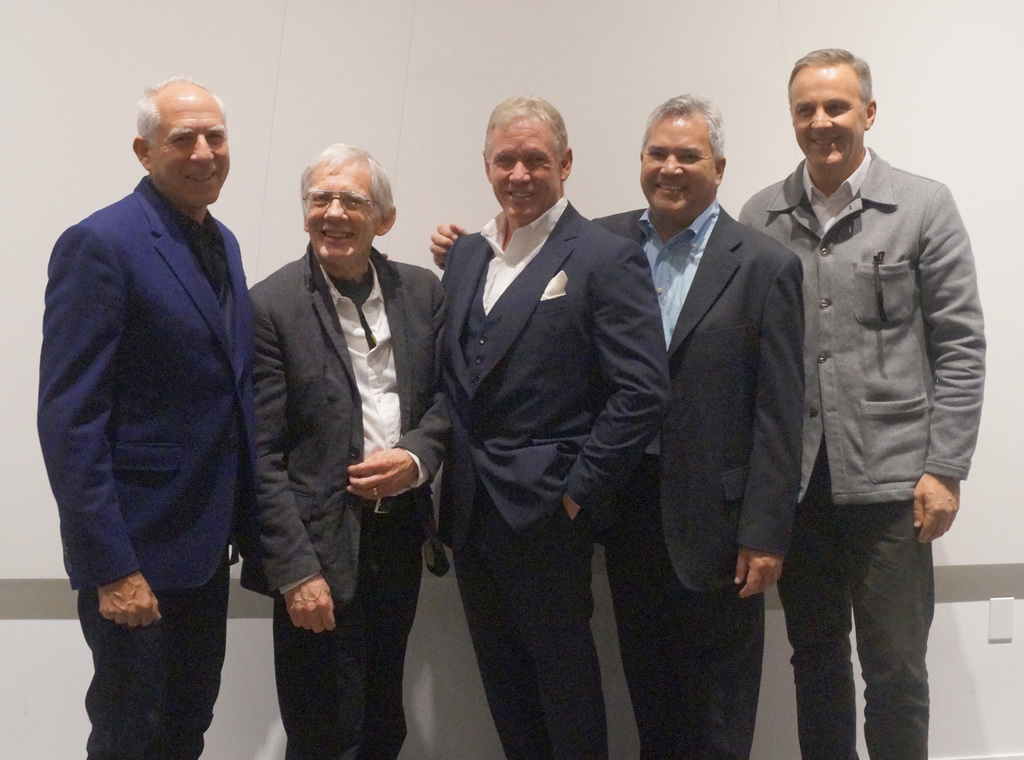 On Wednesday, January 20th the architecture and design community gathered for a rare study from California's most noted architects who have mastered the art of the performing arts center--a finely tuned cultural instrument all its own. Held at the new Helms’s Design Center in Culver City, "Hitting the High Notes", featured Steven Ehrlich ( (the Kirk Douglas Theatre and the UC Irvine Contemporary Arts Center), Craig Hodgetts  (the Hollywood Bowl among other memorable concert venues), Michael Rachlin (the Bonita Center for the Performing Arts)  and Renzo Zecchetto  (The Broad Stage) and moderated by Thomas Small. Mr. Small, Culver City’s Commissioner of Cultural Affairs, guided the conversation, asking informative questions that allowed a discussion on nuances and complexities surrounding these stunning cultural landmarks that not only make an indelible architectural mark on the landscape but bring out the best of the performing arts from music to theatre to the spoken word.