Focusing on streetscapes and street life in Havana, Cienguegos, Santiago, and Trinidad, the central subject of these photographs is age and decay. But these cityscapes also seem to have grown more lovely and strong with time, as if these buildings are growing more patient, more accepting, more wise. 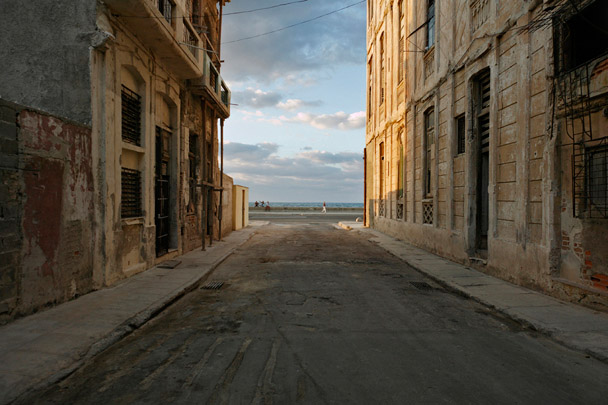 The photographs are portraits not so much of rooms but of the soft, glowing light itself -- and of colors that are both washed out and rich. 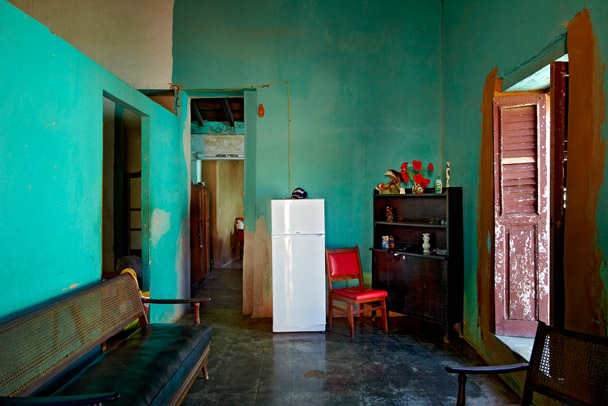 There are sometimes figures in the scenes, but more often than not they haunt the photographs' margins or are overwhelmed by the landscape that surrounds and swallows them. 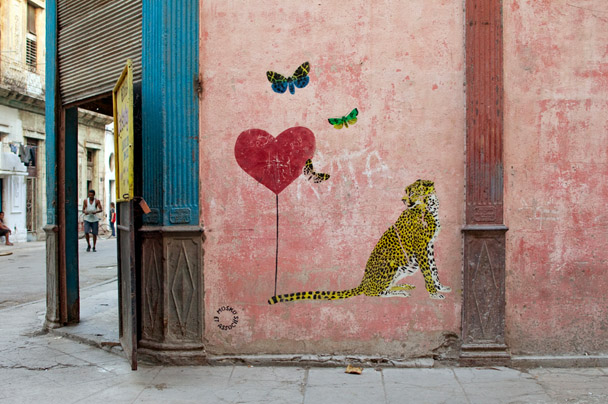 Also at Kopeikin Gallery is another photography exhibit -- this one by Simone Lueck. Although both sets of photographs were taken in Cuba -- Lueck's during a two-week visit to Havana in 2000 -- the tones of the two exhibits could hardly be more different. Each one of Lueck's photographs is a interior, and each features a vintage (pre-revolution) television set. 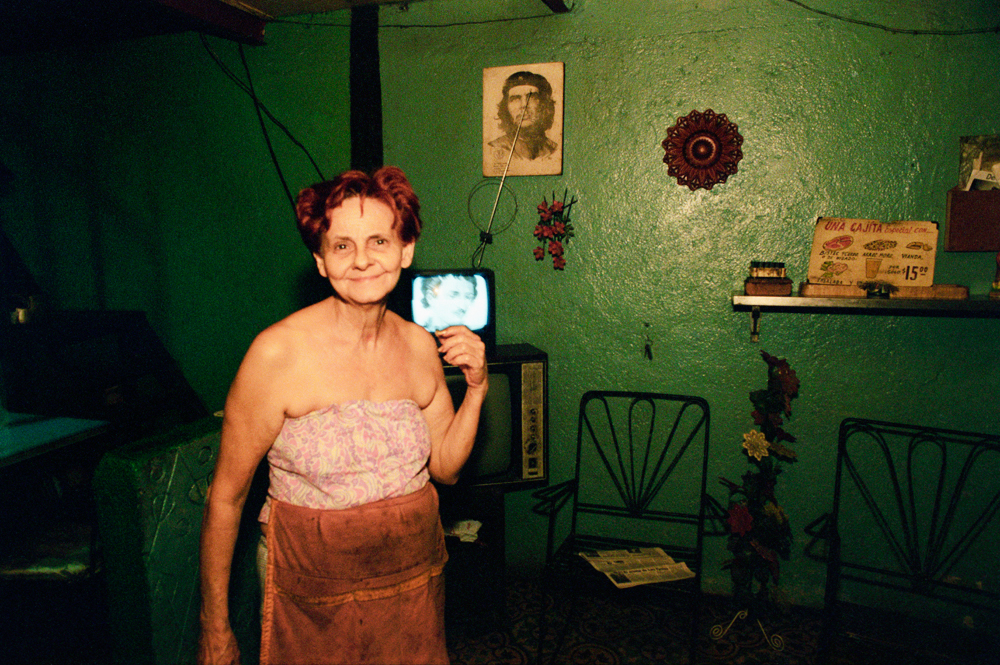 The light here is darker and more harsh, and the images are often strongly narrative -- inviting an interrogation of the people and their environment. 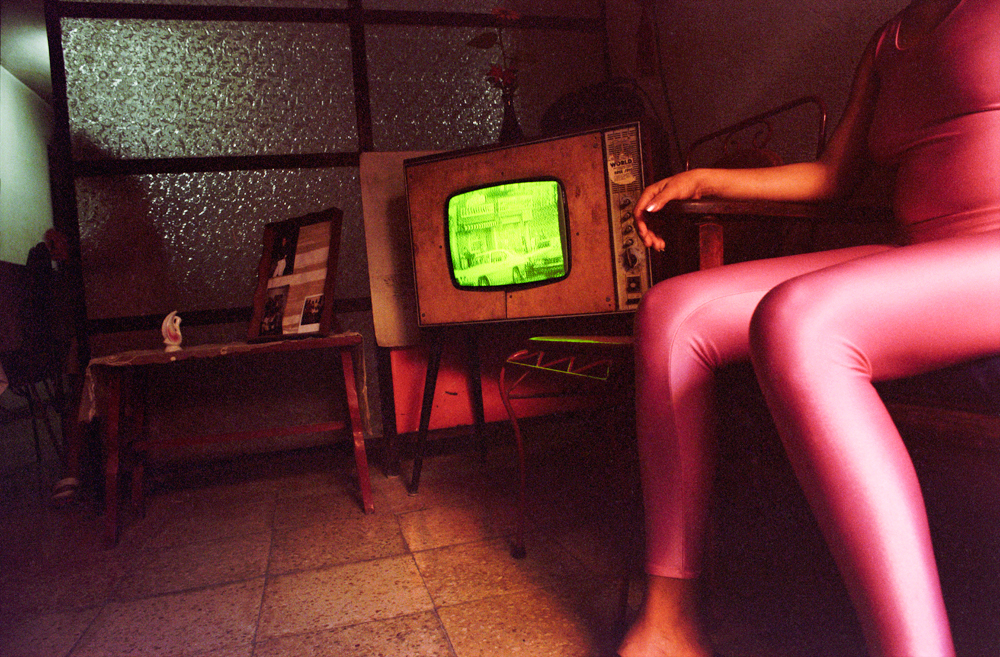