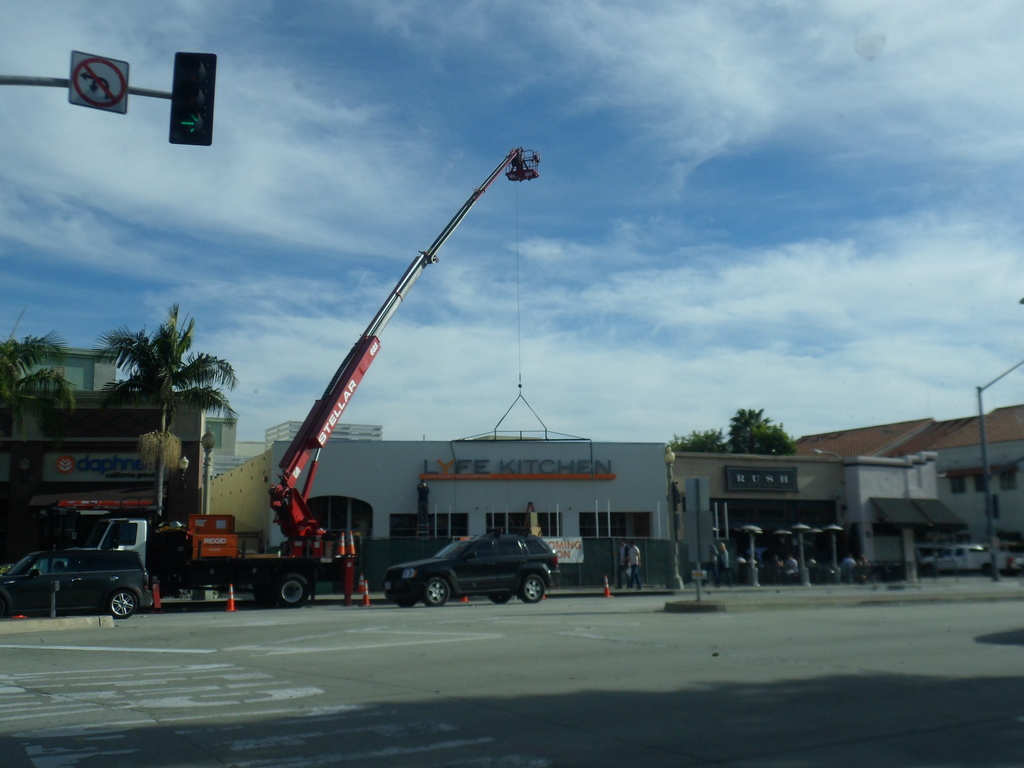 LYFE Kitchen, a "health-oriented fast-casual" restaurant, will be opening in the downtown Culver CIty space once occupied by Moko (just east of Rush Street) this Monday, February 25.

LYFE Kitchen is the brain-child of two former executives from McDonalds: former President and COO Mike Roberts and former chief communications officer Mike Donahue. Said Donahue to the LA Times last August: "It's going to be great-tasting, satiating, familiar foods, with no [genetically modified foods], no additives, nothing processed and everything under 600 calories." Added the Times:

There will be no butter, cream, high fructose corn syrup or fried food, and very little salt, he said, and as many ingredients as possible from local suppliers.

Here's a look at the menu -- flatbreads, salads, fish tacos, classic and vege burgers, and "Art's unfried chicken." Or you may be able to see it a bit better HERE. 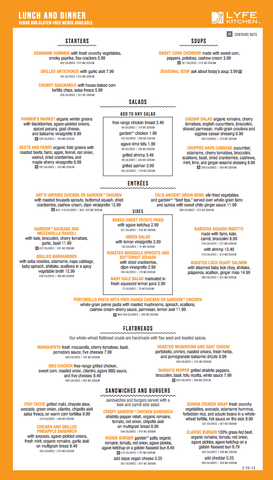 Most def. When you check it out, please let me/us know how you like it!