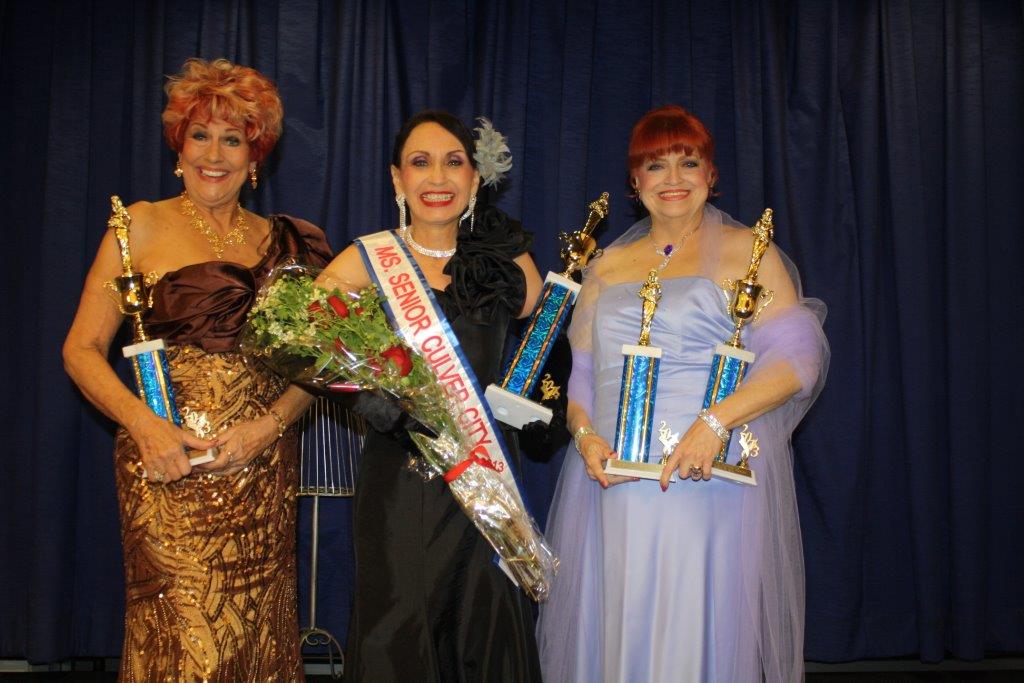 Second runner-up was Carol Hess from Long Beach; Hess also won the talent portion for the competition with her song, “Don’t Rain on My Parade”. The 7 contestants who competed in the pageant came from various parts of California.

Throughout the competition, the contestants competed in four categories including: Personal Interview, Evening Gown, Philosophy of Life and Talent.  Marcia’s walk across the stage to accept the crown marked her first steps on a journey that will take her from spotlight to spotlight representing the American woman 60 years of age and up who have reached the ‘age of elegance’.

Marcia, a resident of Buena Park, retired after 24 years as a bookkeeper. Currently, she is a Weight Watcher International Teacher teaching thousands about weight management and how to successfully obtain a healthy lifestyle. Her artistic talents have brought her awards at several county fairs around Southern California in the doll division and for her crochet artistry. Marcia also started dancing four years ago.  In spite of the fact that she still works and has three grandchildren and four great grandchildren, this busy lady still has time for volunteer work in the arts.   For her talent, Marcia danced to the song “Como Esta Usted” from Annette Funicello’s album, “Dance Annette”.

The Ms. Senior America Pageant is the world's first and foremost pageant to emphasize and give honor to women who have reached the ‘Age of Elegance’.  It is a search for the gracious lady who best exemplifies the dignity, maturity and inner beauty of all Baby Boomer and Senior women. The Ms. Senior America philosophy is based upon the belief that Baby Boomers and seniors are the foundation of America, and one of our most valuable resources. It is upon their knowledge, wisdom and experience that younger generations have the opportunity to build a better society.

Dr. Al Mott, in the state of New Jersey in 1972, started the Senior America Pageant Program. In 1986, the California Chapter was created under the leadership of Ms. Elda Barry of Long Beach. She led the chapter until her retirement in 1999. In 2000, Marilyn McCabe Kohler accepted the position of Director of Ms. Senior California. Since that time, the program has grown from one pageant to seven Preliminary Pageants and one Annual State Pageant. Upon Kohler’s retirement, leadership of the California Program is now under the direction of Pamela Wheeler who is also CEO of the Ms. Senior California 501(c)3.