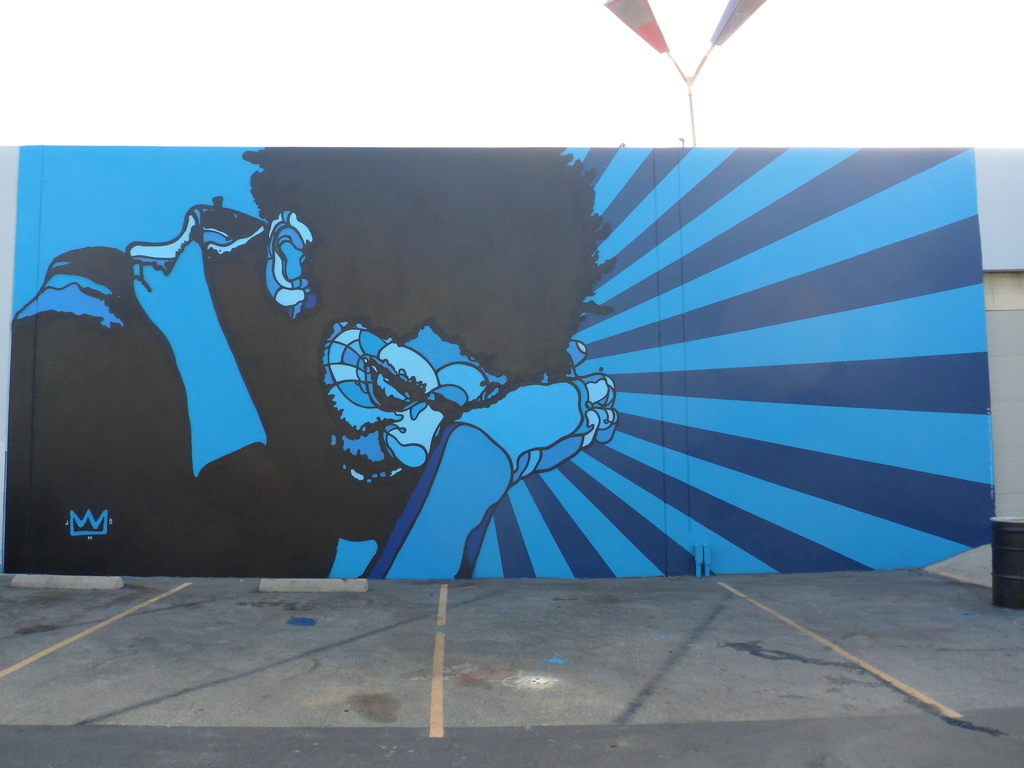 As I mentioned last week in the post about the new CYRCLE. mural at the BrandedArt Building in Culver CIty, another wall of the complex had also been prepared for a new work by artist David Flores. Now it's here -- a large image of artist Jean-Michel Basquiat. Here's Artsy's official Basquiat page.

David Flores is a Los Angeles-based artist whose work often has a stained-glass look. Here he is on Tuesday. He's just about to climb up and put the finishing touches on his work. 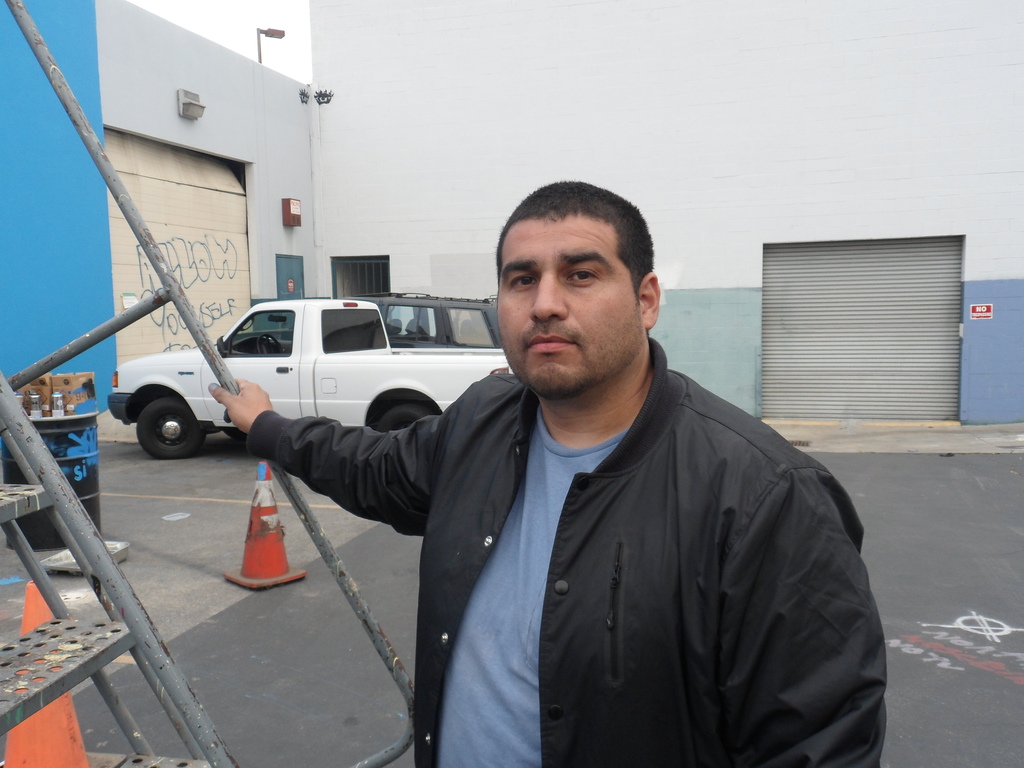 Another one of Flores' pieces is in Santa Barbara. 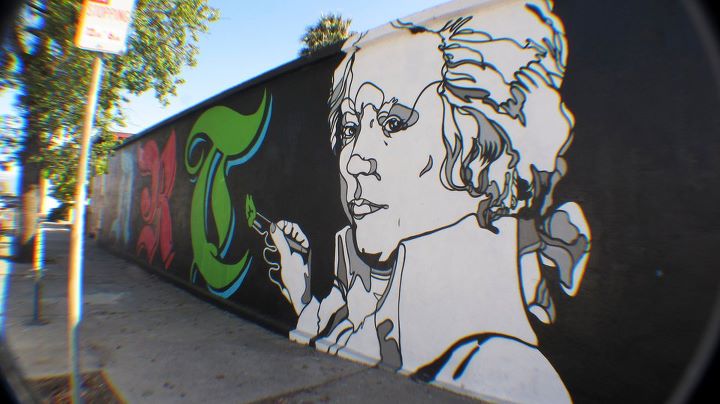 The BrandedArts building, which according to site curator Warren Brand is due for demolition within the year, has become a magnet for muralists and other artists, including Herakut and Andrew Hem.

For more information about BrandedArts, visit their webpage.