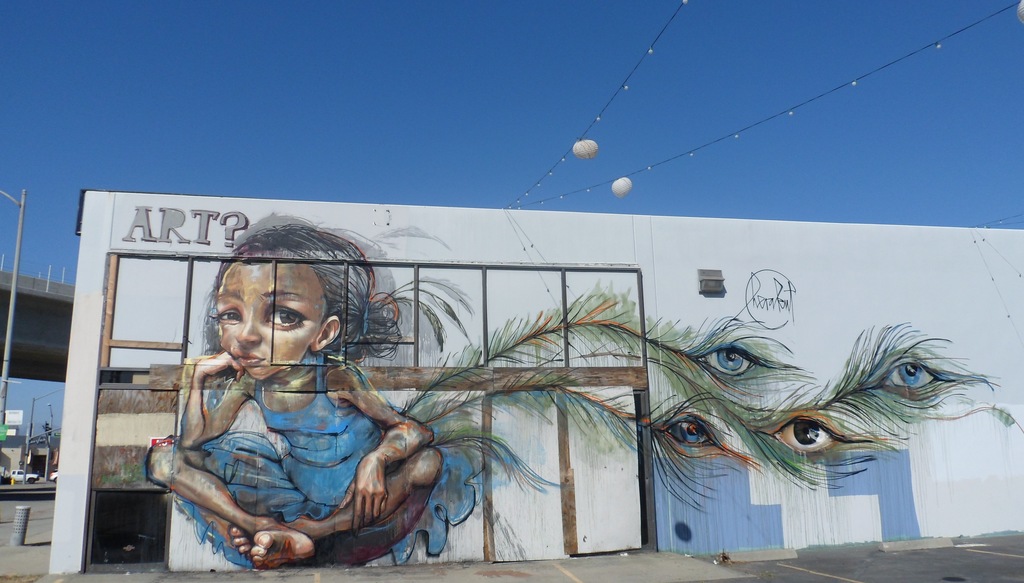 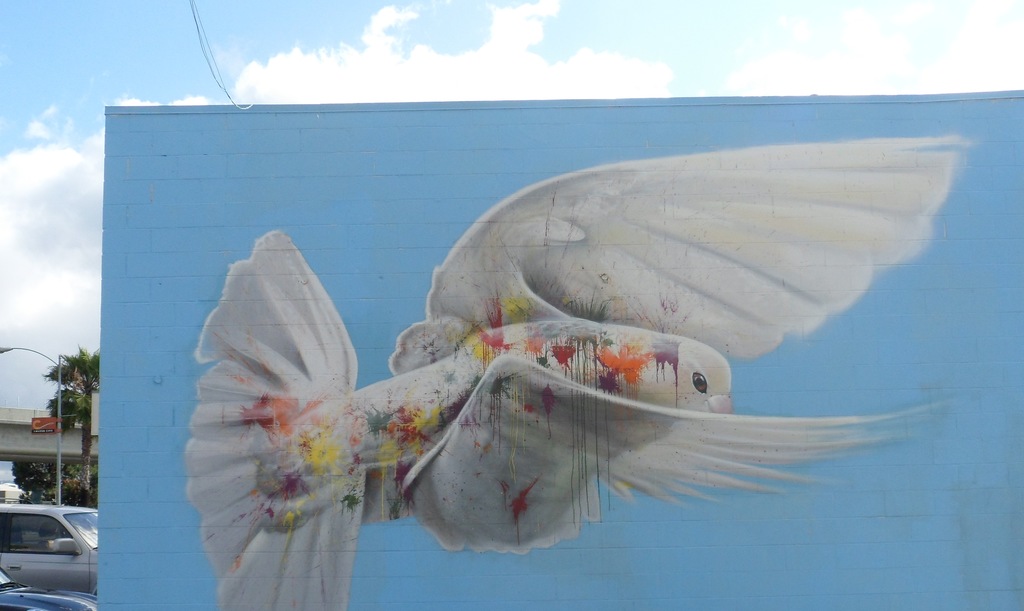 The artists included the duo known as Herakut (individually named Hera and Akut), in collaboration with fellow countryman Case. Herakut and Case also currently have an show called "Outside/In" at the LeBasse Projects gallery in Culver City's Art District.  The show runs until May 28.

Like the two artists' gallery work, these mural combine elements of photorealism, cartoon and surrealism. Parts of the faces (and feet) of the children are a slightly exaggerated version of the real. 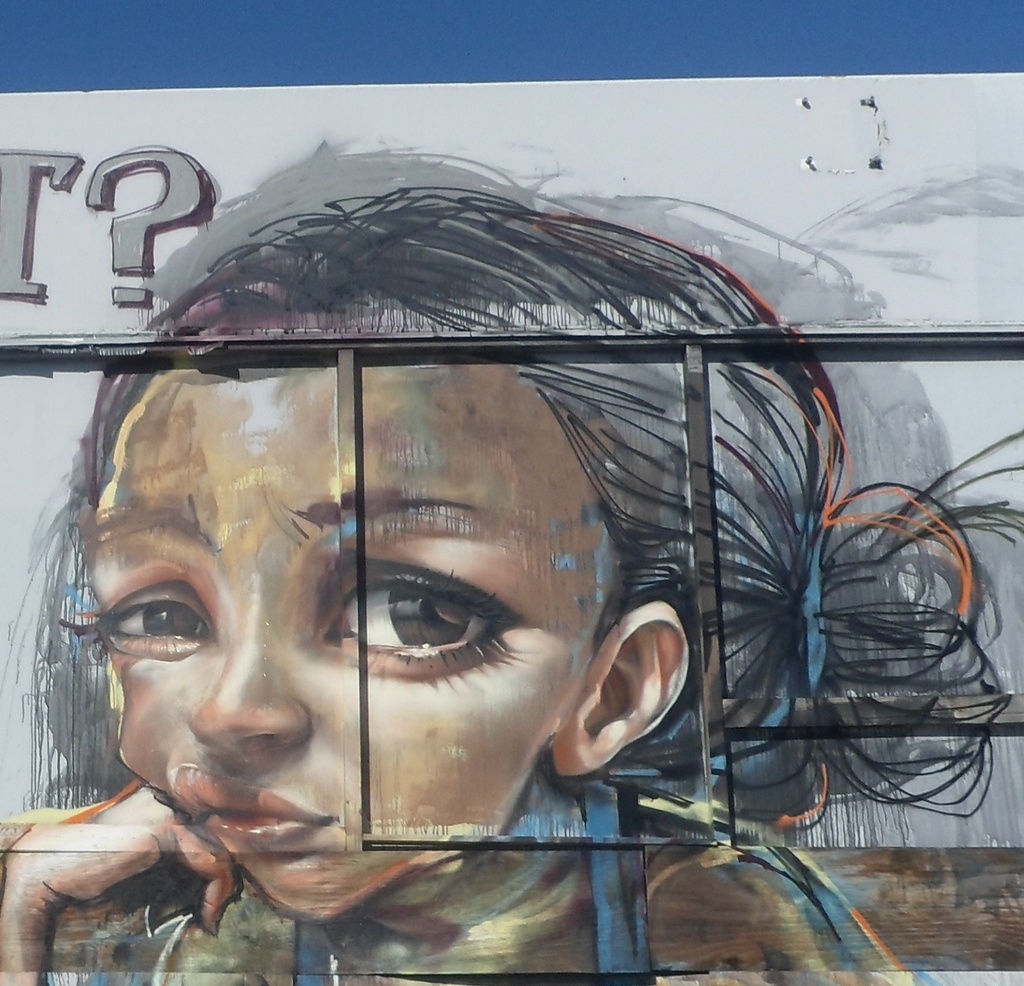 Those eyes also remind me of the kitschy paintings of big-eyed kitties -- injecting pathos into what could be merely cartoonish. 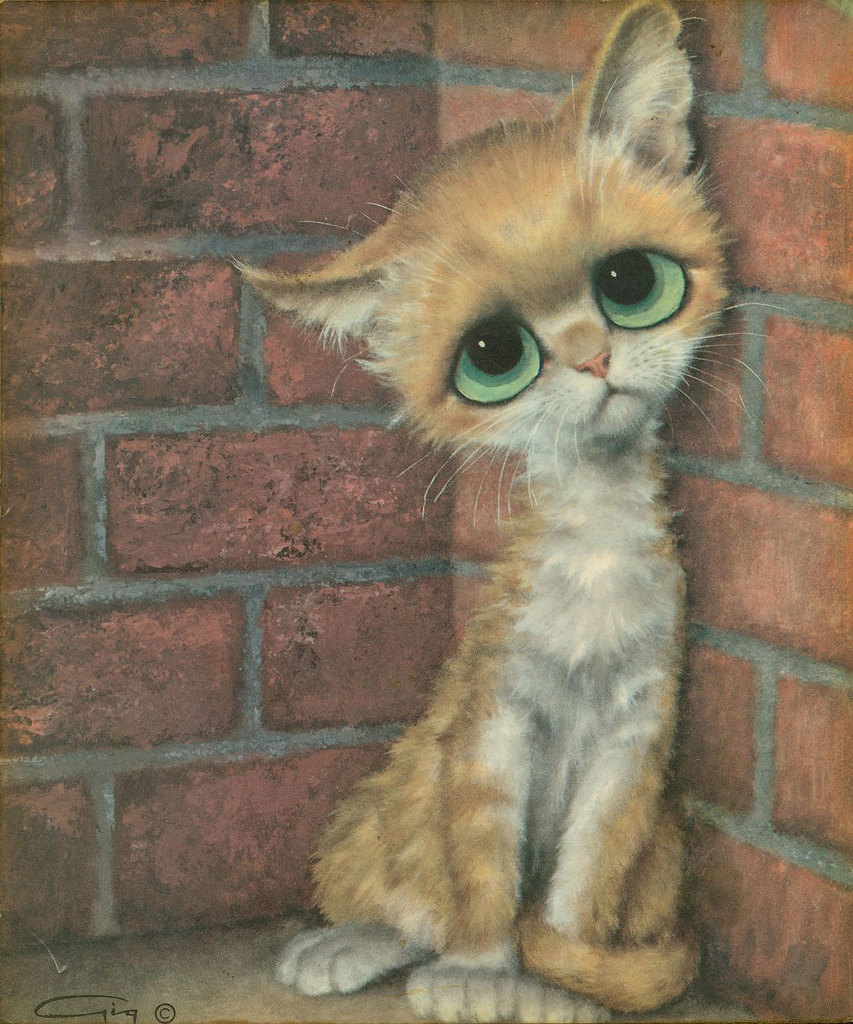 Eyes also emerge from the peacock feathers on the left side of the main mural -- including this one, which may look familiar to readers of this blog. I love this one too. 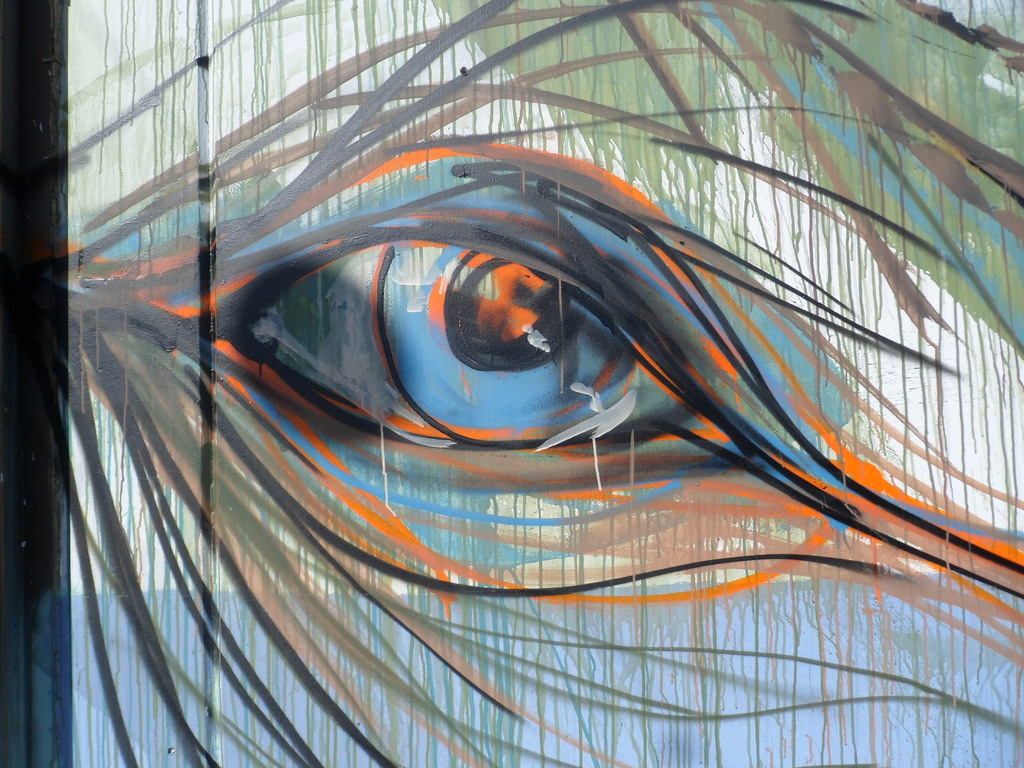 Artificialgallery explains that these contrasts arise as a result of the differing sensibilities of the two artists.

Akut started doing graffiti at the age of fourteen with no artistic background. The photorealism he spray paints today is self-taught and needs a bundle of preparations consisting of a concept that has been mapped out on the computer, high resolution photo-material and a predefined assortment of aerosol paints. If this is all set, Akut patiently assembles his characters dot by dot with one eye on the concept, the other on the wall, while blending out everything else.

Hera in contrast thinks that preparing a piece is to handcuff yourself. It ties your perception to the sketch and allows no space for the influence of the surrounding atmosphere or any immediate response to the wall as a very individual medium to paint on. Different from Akut who had experienced graffiti closely connected to the hip-hop culture, Hera just felt the urge to work big-dimensioned when she originally started to paint on walls in 2001. Therefore none of the unwritten rules and restrictions of the established graffiti scene had an impact on her work although another mental boundary did: As reaction to years of strict education of artistic techniques which Hera had received as a child, she today demands as much freedom as possible for intuition and spontaneity in a painting.

The mural was created with the help of Montana Cans and Warren Brand of BrandedArt.

The next day, Herakut and Case also painted a mural on the campus of Manual Arts High School in downtown LA. Check it out here. In 2008, Herakut also painted a piece at the Venice Art Walls.