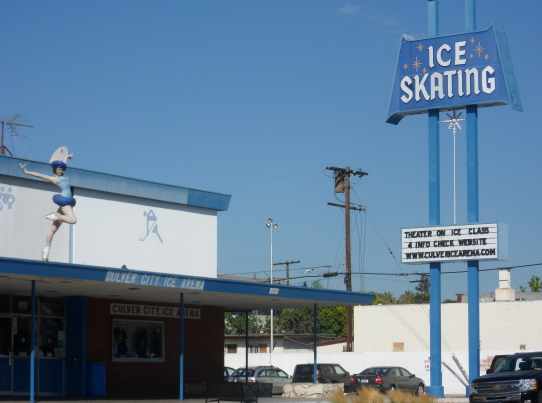 Planet Granite -- the climbing, yoga, and fitness company that will replace the Culver City Ice Skating with their new facility -- has responded to "the skating community's concerns" in an open letter on its website. To date the company's post has generated a whopping 326 responses, most of which sharply criticize Planet's plan to take over this location as well as the company's "insensitive, presumptuous and crass PR piece."

In their post, Planet Granite writes "We at Planet Granite want to thank the skating community for helping us understand your concerns. We truly sympathize with the loss you are feeling and hope a broader picture of the situation will allow us all to move forward amicably."

Addressing the suggestion that the fitness facility share the property with the ice rink, the company says, "We...spent some time exploring its feasibility.  Unfortunately, both businesses need parking for their members and guests, which would then need to be built underground.  It is simply not financially reasonable to build a new building and two stories of underground parking required to service the two businesses."

As for other possible locations in the area, they write: "We have been looking for a location in Culver City and the surrounding areas for many years.  It is incredibly difficult to find a building that meets our needs in terms of zoning, parking, access and size in which to build a climbing gym.  It may seem that there are numerous acceptable alternatives, but if there were, we would have built there long ago."

In the end all they can promise is "to build a unique gym that Culver City can be proud of." And they add, "We are thrilled to share our passion and love of climbing and fitness to our newest location and look forward to serving you."

Many of the 326 comments on the post have the pissed-off and defiant character of this one from Steve Weinberg:

We will still fight you tooth and nail. We will boycott ALL of your businesses. We will make your existence a living hell. We will support the many other rock climbing facilities in the local area and MAKE SURE you fail. You are making a huge mistake placating us with you drivel. We have nothing to lose but our rink. You reputation will be smeared and marred for years to come. We don’t fear your bravado. You will fail in this location. 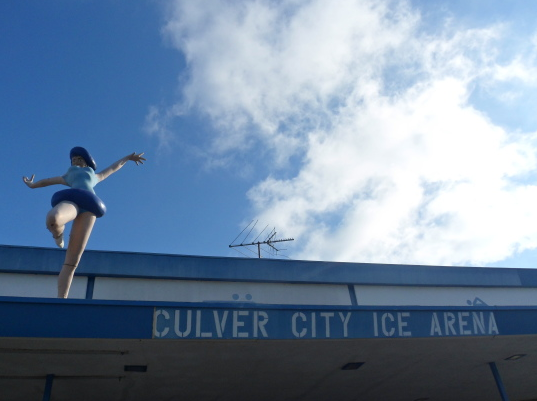 Here's another example. This one from Nick:

Wow, you guys are really going to destroy this place…..The lack of both logic and emotion from Planet Granite is ridiculous. It greatly saddens me to know that the illogical and the heartless can still exist. Planet Granite, if you continue down this road (which looks like you will), you will be destroying not only the rink and the community of skaters in Culver, but you will also be destroying your own business in LA. Please, listen to the hundreds of calls, emails, and posts you’ve been getting. There is a correct decision here, and it is backing away from the Culver Ice Rink………

In the end, though, I think I agree the most with Derrick, when he comments:

This post makes many good points about the ice rink and the plans Planet Granite has. To be honest it is a good business plan and it is probably the right thing to do in a business sense.

The thing is that the ice rink almost feels like a local historical land mark to the community now. It feels like a part of what makes Culver City. Similar to the Culver City hotel, the park tower, and Helms bakery. If it didn’t feel like a historical site I’m sure there wouldn’t be much backlash after the new business was up and running. But because it does feel like a historical site there will probably be long term backlash from the community.

I would recommend taking a building like the one that currently houses Pep Boys. I know things aren’t that simple though. I also know that this deal is probably going to happen and the rink will be no more. I would recommend treating the building and the site with respect to the fact that it is seen as a historical land mark. Keep some of the original building, maybe have a little display with some information about what the location used to be. Incorporate the history instead of wiping it out and in time people may calm down a bit about it.

You can read the whole response as well as the comments HERE.

Great to see coverage of this.  A few points:

- Planet Granite, by their own statement last night, would not become the new legal tenant until June.

- This is not a done deal.  I was told that moving the skate board park onto the grassy area in Culver City Park was a done deal several years ago and that I couldn't do anything about.  I didn't give up.  I found a guy named Jeff Cooper, now our mayor, who was leading a movement to find a better way.  With a little creativity, an alternative plan was easily conceived which resulted in the great skateboarding park we have today and the wonderful grassy area remaining intact.  I hope to see the same kind of leadership on this issue.

- Despite all of the bluster from the Planet Granite PR guy, a lease can be undone by agreement of both parties.  We blew it by not being more proactive with the land owner, but it isn't too late.  The Kings made a very good offer, just not the best offer.  With a modest investment by the city, or even with some crowd-funding, we could close that gap.  If the land owner expresses his desire to renegotiate with the Kings, all of the pressure would be on PG to bow out.

- City Council has the power to pass a resolution indicating their desire for the rink to stay.  I realize that they have to be careful not to be unwelcoming to a new business, but that can be balanced.  The biggest supporter of the rink on the Council is a local business owner.

- Councilmember O'Leary's comments in support of the rink were not pandering to the crowd.  They were logical and responsible, and the tepid response of his peers was disappointing.  What he said was not that the city should spend great sums to save the rink, but rather he wanted to know what the decision was.  He wants staff to craft something that the council can vote on, rather than just punt on the issue.  He even acknowledged that once he sees the options, he might have to vote against them.  That's honest and courageous leadership in my view.

- It is clear from the discussion that this needs an environmental review.  When people are talking about containing dangerous toxins, that calls out for some analysis ahead of the fact.  I think that should happen before the compressors are turned off.  If the land owner wants his property to sit idle for several months, that is his decision.  But he should be compelled to operate the compressors until a full analysis is conducted about the impacts of shutting them down.  It would be pretty sad if an environmental analysis showed the project not to be viable after we had killed the rink.

@Rick P. - last night the City Council initiated the process for designating the rink as an historical landmark. For more background information - and to understand some of the city's constraints - please feel free to read the open letter my colleague Andy Weissman and I wrote: http://meghansahliwells.com/culver-ice-arena/

I left a comment at their post so it will hopefully be read by them but I also wanted to drop a note here and thank you for taking a stand on behalf of the Community. I'm sure all will agree there is nothing wrong with the type of business they wish to open, only the location they picked. I wonder if anyone has approached City Planners about making it an actual Historic Site as apposed to liking it to one? As Chris mentioned, this is destined to fail anyway and we will all be at a loss for it when something far worse moves in after the demise, which will get no resistance because the damage (fault) will have already been done by Planet Granite.

The rock climbing gym will flop as the fad fades and this will eventually become just another strip mall.  It will be a big loss for everyone involved.