Reviews Are In on The Nether, the New Play at Culver City's Kirk Douglas Theatre 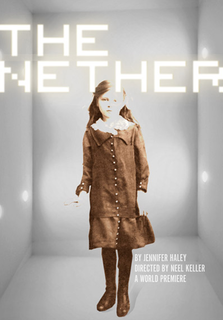 The Nether, a new play by Jennifer Haley, premiered at the Kirk Douglas Theatre this past Sunday, March 24th. Winner of the 2012 Susan Smith Blackburn Prize, the sci-fi play is described as what happens when "a young detective uncovers a disturbing brand of entertainment that blurs the boundaries between personal liberty and moral chaos, triggering a dark battle over technology and human desire." Now the reviews are coming in, and the news is good.

Charles McNulty in the Los Angeles Times, calls it "daring" and adds, "The Nether" is an impressive new work that should be seen by theatergoers eager to make the acquaintance of a Los Angeles-based playwright who is as boldly inventive as she is ethically conscious."

In his review in Variety, Myron Meisel says the playwright "plays with familiar tropes from nightly television procedurals, yet her discourse offers fresh ideas and clever paradoxes...What elevates the play far beyond the realm of a superlatively up-to-date episode of The Twilight Zone is that its concerns run deeper than ethical lessons for a time when connections are less between people than circuits." Meisel adds, "Every performance under Neel Keller’s intense yet supple direction conveys extraordinary force."

Savannah L. Barker, in Neon Tommy, from Annenberg Digital News, says, "As a whole, the cast is very strong, but it is the quality of Haley's script that ultimately drives the play home. The play asks difficult questions that cannot be answered with simple, black and white responses....The technical elements of the show also do an amazing job of enhancing the power of an already well-written script. The set design (by Adrian W. Jones) in particular is absolutely spectacular."

And Evan Henerson, in Backstage, says, "if there’s any justice in this world or cyberspace, Jennifer Haley’s The Nether will enjoy a lengthy shelf life....Working with a complex and exciting property, director Keller delivers a tale that entertains while tickling the brain."