Prior to closing its doors in August, Culver City's Royal/T (seen above when it featured rad murals covering its windows) will hold a "Greatest Hits Party" starting at 8:00 this Saturday, June 30. Past curators -- including Warhol Museum Director Eric Shiner and Whitney Biennial co-curator Jay Sanders -- and artists such as Kenny Scharf will offer a guided tour of the space from 8:00 to 9:00 pm, followed by a party until 12 am, with dessert, a performance by Prince Poppycock, and a toast at midnight. RVSP by emailing RSV@royal-t.org. 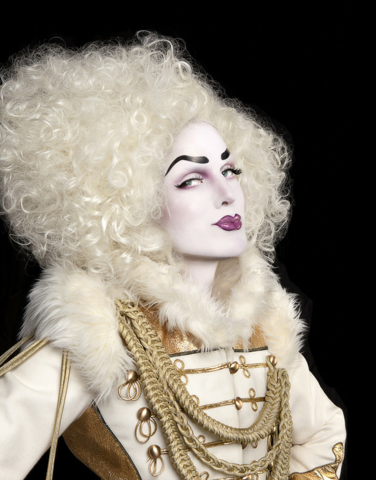 And here's what the Royal/T's site says about "The Art of Food," the exhibit that is still on display in the space:

Intended to induce “the pleasures of the table”, the exhibition The Art of Cooking showcases artists who are making use of food in their work – as obsession, exploration or celebration – and often with a big dash of humor. The works included span different media, from drawing and painting to digital prints and clothing. Takeshi Murata updates the traditional still life to digital 3D prints of empty beer cans and fast food cups. Viktor Kopp’s focus is on chocolate bars, which he continuously paints, experimenting with the rigid geometry of the grid. Amy Yao shows clothing ornamented with hot dogs and bananas, from a collection based on the chance encounter of a sewing machine and a banana on a kitchen table. Josh Blackwell embroiders throwaway grocery plastic bags into precious objects. Scott Reeder makes abstract paintings using raw and cooked spaghetti, playing with the macho, academic nature of that media– and Kenny Scharf paints donuts humorously floating in surreal skies.