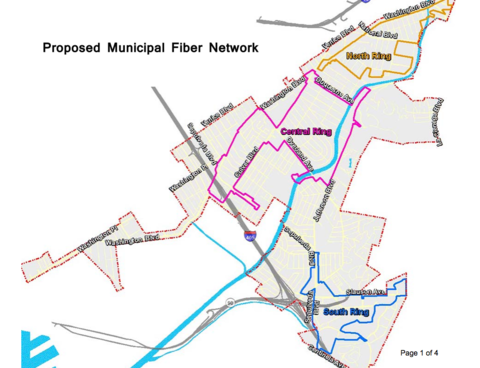 The Culver City Council invites your input on two issues at tonight’s council meeting: the increasing development of large single-family homes in the city (“mansionization”) and a proposed municipal fiber network project. The meeting is tonight, June 8, at 7:00 pm in the Council Chambers of Culver City Hall, 9770 Culver Blvd.

Mansionization
The city council has received complaints regarding "mansionization" in the city -- the practice of replacing an older, smaller home with a home that is much larger than those in the surrounding area and which, because of its size, changes the scale and character of a neighborhood. The council has directed staff to provide background information, analysis, and recommendations regarding potential regulations – and invites your comment.

This topic was reviewed thoroughly in the early 1990s by the Planning Commission and Council, which at that time affirmed the existing zoning and development guidelines. But the topic has come around again, and there is a faction pushing for a moratorium on building permits for residential construction while this is being debated.

Some are concerned that current homeowners will be denied their right to remodel under current standards – and that local architects and construction companies will suffer.

For more background on this topic, go HERE.

Fiber Optics
Also: City Manager John Nachbar will be discussing his findings with regard to the feasibility and cost of installing fiber optic broadband internet servi