Where Am I in Culver City? Game 069 Solution 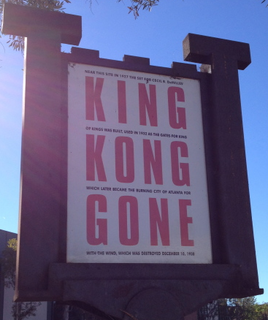 I predicted that this one was going to be a toughie -- and in fact no one correctly identified the location of this sign. But it's such a cool (if obscure) landmark, I couldn't pass up the temptation to use it here.

The sign shown is actually quite tiny -- only about a foot and half tall -- and is half-way down the dead end Hayden Avenue -- 8620 Hayden Place to be exact. As the sign itself indicates, this land in today's Hayden Tract was once the realm of the mighty Kong himself (not to mention Jesus and Scarlett O'Hara), and today is home to rather more anonymous industrial-park-type structures.

The sign, the work of artist Jim Heimann, was erected in 1995, and it reads, in full: "Near this site in 1927 the set for Cecil B. DeMille’s King Of Kings was built, used in 1932 for King Kong which later became the burning city of Atlanta for Gone With The Wind, which was destroyed December 10, 1938."

Here's what the Culver CIty website has to say about the work:

The sculpture resembles a gate resting on a post with the title "King Kong Gone" boldly incorporated within its frame. The obscurity of the title within the context of the artwork's location is intended to stop passersby and draw them in for a closer examination. 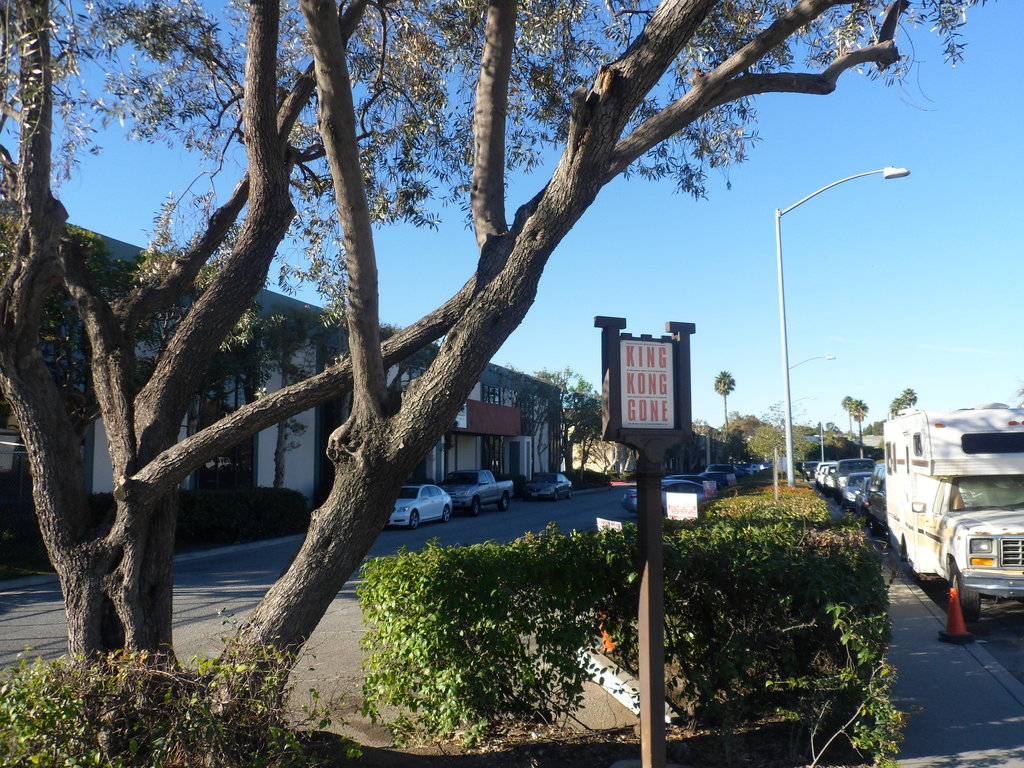 Cool. Haven't played the game lately but I don't think I would've guessed that one correctly. My kid and I ride down the Hayden tract pretty often on our bikes; on the weekend sometimes we go past the chains in those industrial parking lots and just wander around. It's pretty barren on the weekends, kinda like a wasteland or something, but being that most of the businesses appear to be design firms and industry-related companies, I'm sure during the week it must be humming with activity.

Corrected now, Donald. Thanks for the heads up -- and for the submission!

Very cool.  My favorite yet.