Where Am I in Culver City? Game 081 Solution 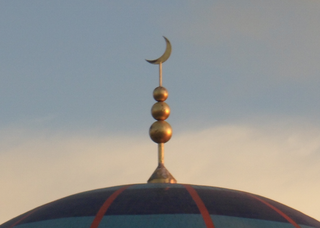 According to the mosque's website, the mosque has a "marble facade, hand-made tiles from Turkey, and a 72-foot-high minaret topped with a gold leaf crescent."

The website adds that the mosque was "a gift to the Muslim community of Southern California from Saudi Arabia, Prince Abdulaziz Bin Fahad Bin Abdulaziz Al-Saud, Minister of State and Cabinet Member, [who] provided funding for the land (1993) and pledged funds for the construction of the building (1995)."

The site goes on to assert that today, "This Mosque does NOT receive any funds from overseas and all expenses are paid by the congregants who come to pray every day as donations." 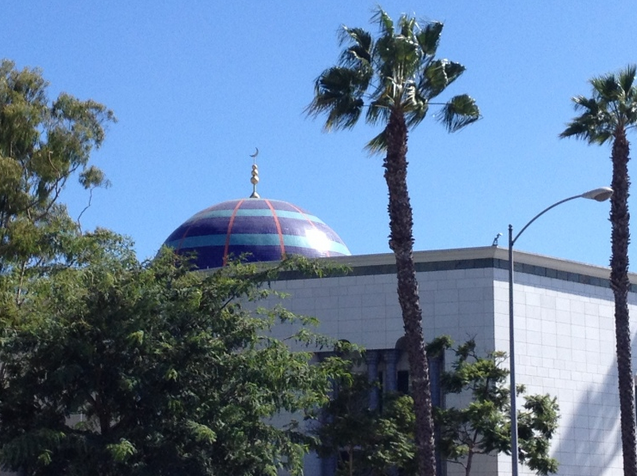