Will the Former Culver City Courthouse Be Turned into an Extension of LACMA? Plans are still preliminary at best, but it's such an exciting prospect, I have to pass on the info: The Los Angeles Times has reported that Los Angeles County Board of Supervisors member Mark Ridley-Thomas wants spend $8 million to convert Culver City's former courthouse on Overland Ave. to an "outpost of the Los Angeles County Museum of Art and a media-arts education hub supported by Sony Pictures Entertainment."

LACMA director Michael Govan said that the art museum hasn’t committed to a satellite gallery in Culver City, although it would serve a strategic goal of establishing outposts around the county to make LACMA’s collection and programs easily accessible to a wider public.

“Nothing’s firm, it’s super-preliminary,” Govan said of his talks with Ridley-Thomas’s office. But he said the former courthouse made a good impression when he visited it. “It’s an interesting place, a beautiful mid-century building with a courtyard that’s closed in....

“You’re not going to see the precious masterpieces"; in a satellite gallery because of security and climate issues, Govan said, "but there is a lot in our collection that has few constraints and can travel to quite a few places." 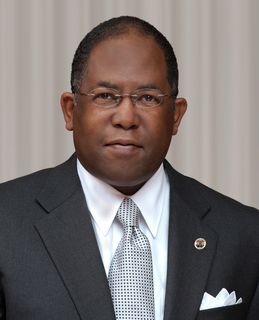 The building is currently home to the Mayme A. Clayton Library and Museum, which collects preserves, exhibits, and celebrates the history and cultural heritage of Americans of African descent. But the article emphasizes Ridley-Thomas' commitment to making sure the the facility has "a long-term sustainable and appropriate home, whether it’s in the Culver City Arts Center or an alternative location.”

In the article, Ridley-Thomas' aide Karly Katona nicely acknowledges Culver City's connection to the arts, saying, "The supervisor has always recognized the emerging arts that have grown in Culver City, and wanted to be sure the county brought to bear the resources we could to complement the mini-renaissance that’s happened in the area.”

Hello Charles, Do you know what will happen with the Mayme Clatyon Library?

I reached out to the Library as they are a Culver City Times member and have already had some interesting shows in their short lifespan.

I have yet to visit the library but I did view a portion of their wonderful collection on exhibit at the Huntington. It is such an important part of Los Angeles and American history. Here is a slideshow.


Find more photos like this on Leimert Park Beat

The Mayme Clayton Library and Museum, an important cultural heritage resource, should stay where it is now at the former courthouse.  Many years of hard work and personal sacrifice by the Mayme Clayton Family should not be undone by political whims and power grabs.