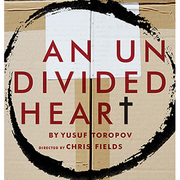 Echo Theater Company and Circle X Theatre Co. join forces to present Yusuf Toropov’s new play that is part thriller and part spiritual mystery. How far will powerful men and institutions go to keep their secrets — and who pays the price when they do? Set in 1992 Massachusetts against the backdrop of the Catholic Church sexual abuse scandal and a toxic drinking water scandal (the latter made famous by the book and film "A Civil Action”), An Undivided Heart is part thriller and part spiritual mystery. A series of otherworldly visions and an unlikely encounter with a Zen priest propel Father Mike Cleary into a collision course with his Archdiocese, while Lynne Callahan, a young widow, struggles to make sense of her life in a town whose water has been polluted with deadly chemicals. The two confront a universal problem: How do victims of suffering caused by others find a way to go on? March 16 through Oct. April 22: Fridays at 8 p.m., Saturdays at 8 p.m., Sundays at 4 p.m., Mondays at 8 p.m.;; Atwater Village Theatre, 3269 Casitas Ave., Los Angeles, CA 90039; $20-$34; 310-307-3753; www.EchoTheaterCompany.com.

RSVP for An Undivided Heart to add comments!