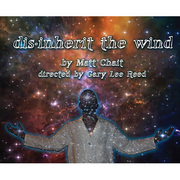 In this riveting courtroom drama, a renowned neurobiologist sues a prominent university for the right to teach theories of evolution that challenge the scientific status quo. His argument: neo-Darwinian materialist thought, like Creationism — the biblical orthodoxy it once replaced — has itself become a kind of religion: just as rigid, just as resistant to change. Might further scientific inquiry, in light of new evidence, yield different and surprising answers? Should recent discoveries, including the extensive range of highly developed fossils that suddenly appear during the Cambrian period and our modern understanding of DNA, require a reevaluation of the scientific thought behind the Darwinian theory of evolution? An inspiring and uplifting play of ideas that asks, “Are we really no more than the sum of our physical parts?” March 3 thru April 9 at The Complex, 6476 Santa Monica Blvd., Hollywood, CA 90038; $15-$25; (323) 960-4420 or go to www.plays411.com/disinherit.