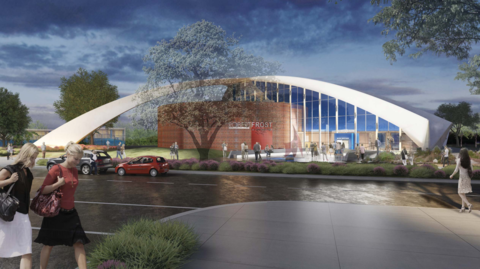 Assistant Superintendent Business Services Mike Reynolds said accelerating the timing of the bond sale helped the District take advantage of falling interest rates – resulting in significantly lower debt service. Among the nine bidders for the bonds, the winner, Robert W. Baird & Co., Inc., came in with a bid of 3.635%. The District had projected an interest cost of 5.5%.

Reynolds added that the timing of the bond sale also allowed the District to take advantage of today’s construction costs before they rise.

“As we anticipate significant annual construction cost increases in the future, selling $53 million in Measure CC bonds for construction projects at this point in time has likely saved millions of dollars when compared to what we would have paid for the same projects further down the road,” Reynolds said.

The total net debt service anticipated when the bonds were first approved was approximately $114.7 million, but the recent refinancing means the District will only pay $90.1 million in principal and interest for the $53 million in Measure CC bonds that continues to fund a wide array of improvement projects throughout CCUSD, including:

“Due the highly advantageous financial positions of the school district and the community of Culver City, the school district was able to accelerate our bond issuances and hasten the progress of our work to dramatically improve the learning environments and opportunities for all Culver City students,” said Board of Education President Sue Robins. “Our near-term improvements include safety and security upgrades, air conditioning, new learning facilities for Career Technical Education, Science, and Arts as well as significant and dramatic upgrades to the Robert Frost auditorium, which will soon be a premier theater space on the Westside.”

A big reason for the more advantageous interest rate is the astronomical growth in the District’s overall assessed value, which has grown to 8.9% in 2016 – fourth highest among school districts in all of Los Angeles County.