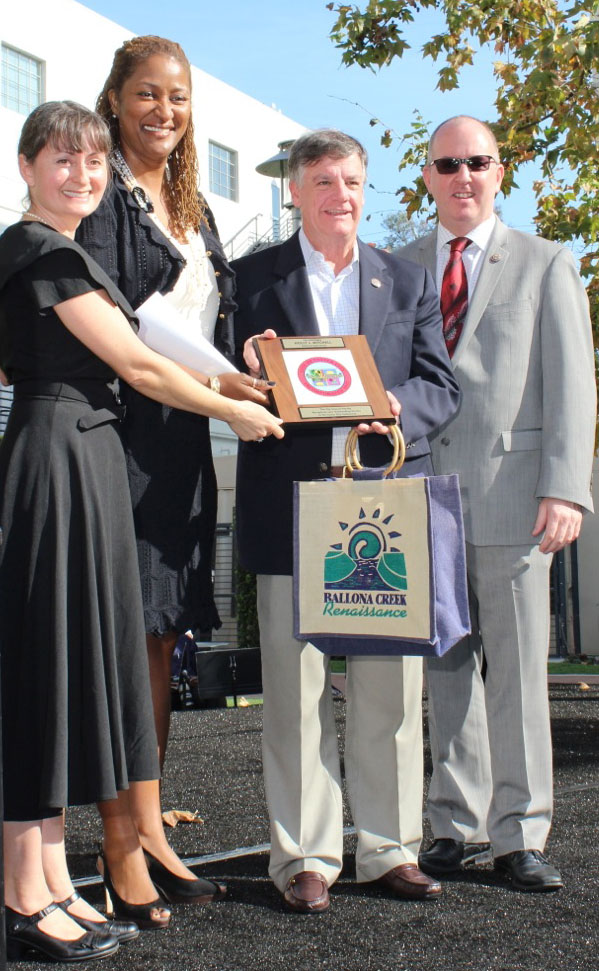 Culver City, CA (Jan. 13, 2014) — Holly J. Mitchell stood before hundreds of residents of the 26th Senate District in an open air ceremony held Saturday on the lot of Sony Studios during which she recited the oath of office as a new member of the state Senate and called for new legislative efforts to lift children out of poverty and to pursue environmental justice. Following administration of the oath by Attorney General Kamala Harris, Senator Mitchell declared that California’s projected $6.4 billion surplus for two fiscal years allows the state to pay down debt, add to reserves and help struggling families survive the state’s anemic economic recovery.

“Relieving the worst effects of family poverty begins the climb back up to the California we want to live in – the one our children deserve,” said Mitchell, the fourth African American woman elected to the state’s upper chamber. “I can’t think of more compelling work for my service in the Senate.”

In the Assembly, Mitchell chaired the Budget Subcommittee on Human Services when the first on-time state budget in a decade was passed. All twenty-two of the bills she navigated to the Governor’s desk were signed into law. She chaired the Assembly’s Select Committee on Foster Care and continues to chair the Legislative Black Caucus. She has been appointed to the Senate’s Budget, Public Safety and Insurance Committees.

During her acceptance speech, Mitchell outlined future legislative and budget initiatives, including re-introduction of a moratorium on fracking statewide.  Moreover, she called for the cessation of operations at the AllenCo facility in University Park until it has addressed the community’s complaints about toxic fume emissions.