Located at the Robert Frost Auditorium, this 2,332-square-foot sustainable garden features several swales that capture large volumes of rainwater from the roof, reducing runoff to the ocean and conserving up to 80% of the water that would have been used to water the old landscape. Drought-tolerant plants were installed by students themselves during a hands-on workshop held in December

“As we are experiencing our fourth straight year of drought, it is important now more than ever that we all take the necessary steps to conserve our precious water,” said Scott A. Houston, West Basin director, who represents the city of Culver City. “These gardens provide great examples on how to eliminate all or part of your lawns and save up to 80% of our drinking water used in and around our home.”

The OFG program is part of West Basin’s Water Reliability 2020 program, which aims to reduce dependence on imported water to only 33% by 2020 through doubling water recycling, doubling conservation efforts and adding ocean-water desalination to a local, diverse water supply. Programs such as the OFG allow West Basin to work toward its water efficiency goals by reducing the amount of water used outdoors, which is the leading waste of drinking water in residential communities.

“This garden teaches us that we all need to change the way we think about water use,” said Meghan Sahli-Wells, mayor of Culver City. “We are grateful for our program partners who helped build such a beautiful, water-saving demonstration garden in our city.” 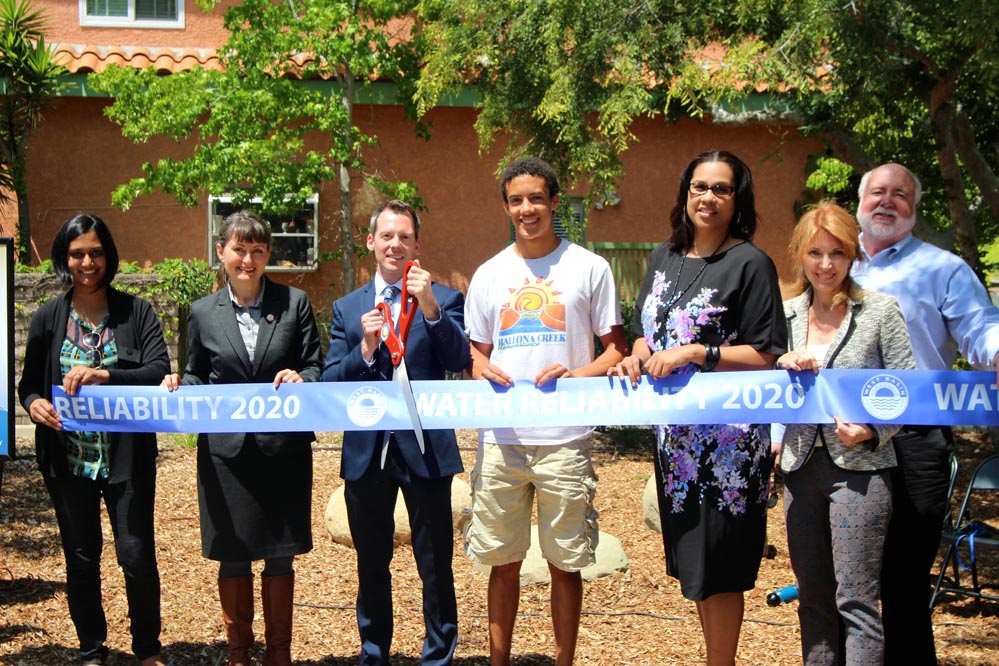 As all of you clearly care about the water issues, and we are just your neighbors, I would like to invite all of you to our Water Conservation Town Hall on May 17 from 12-3pm at Castle Heights Elementary School.

Save Water—Save LA is designed to inform and motivate people to consider water conservation in daily life. This program will educate people about the drought and present ways to get involved in the solution including meeting the 25% water reduction mandate, the cash for grass program and landscaping ideas.

From top academics, to learning how to pick native plants for your yard, to activities for the children and delicious food trucks, there is something for everyone. Bring the entire family.