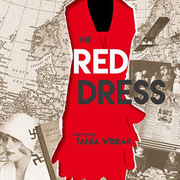 Set in Berlin and inspired by a true story, Tania Wisbar’s romantic drama explores the intersection of politics and art during the years between the Treaty of Versailles and the rise of Fascism. Wisbar’s fictionalized account of her parents’ marriage and their forced divorce by the Nazis begins in 1924 Berlin. Alexandra Schiele is a famous film actress from a prominent Jewish family who falls in love with a down-on-his-luck World War I vet, Franz Weitrek. Franz is able to parlay his wife’s connections into work as a film director. But when his career takes off making Nazi propaganda films, his wife suddenly becomes a liability. Although in real life Wisbar’s mother was not an actress, she was from a well-connected Jewish family that was able to get her father, Frank Wisbar, his start in the German film business. Later, when Frank emigrated to the U.S., he became the producer/director of the first filmed series made for television, Fireside Theater. Tania, who was born in Berlin, came to the U.S. as a baby after her parents divorced. She first learned about her family history decades later. Argyle Road Productions presents a visiting production at the Odyssey Theatre, 2055 S. Sepulveda Blvd., West Los Angeles, 90025; Oct. 28 – Nov. 19; $30; (323) 960-5521 or www.Plays411.com/reddress

RSVP for The Red Dress to add comments!