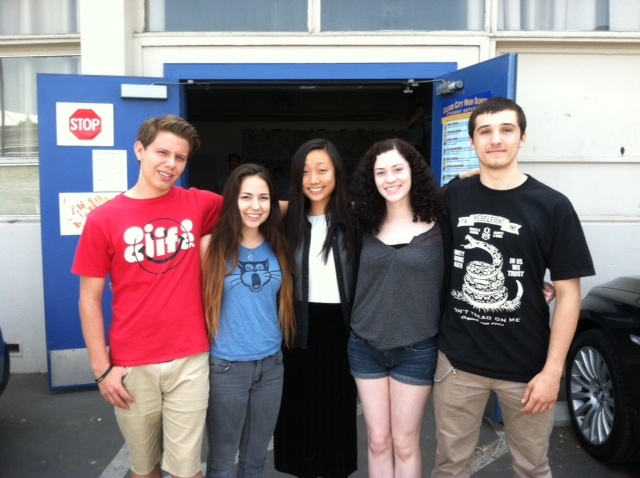 In the short film, high school students discuss the motivation and reasoning behind their tattoos and piercings. They speak frankly and honestly since it is a high school crew that is asking the questions. Guided by a single camera, the documentary approaches the subject without bias and strives to leave the audience with a deeper understanding of young people and their relationship with their bodies.

The students behind the film, namely Mimi Erlick, Michelle Bac, Maddie Hopfield, Antonio Marasco and R.J. Ward (pictured at right), wanted to impact a larger audience and so submitted “Bod Mod” to various film festivals. What was initially a film class project, ended up making its way into a juried screening within the Los Angeles Film Festival's Future Filmmakers category.

You can see “Bod Mod” for $5 in the Future Filmmakers Screening at Regal Cinemas LA Live at 1000 W. Century Boulevard in Los Angeles.