But first lunch. An inspired choice, we headed to the little-known but always busy Jackson's Market in Culver City, which has a fab deli with French bread, prosciutto and crazy soft drinks. 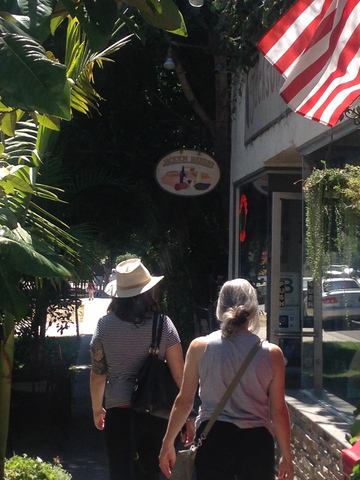 Then we headed down to find a place on the water to eat. First we had to figure out how to get back to the Ballona Creek bike path.

Both Revere and Jackson deadended. The we came upon a jewel - the Farragut bike and ped walk. 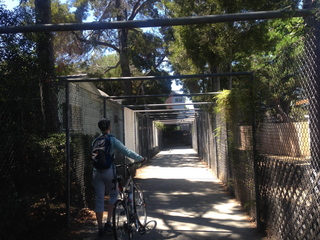 We caught the bike path from Overaland and travelled to Chace Park in Marina del Rey and pulled out the beach blanket and the sandwiches.

While watching the suppers, kayakers, sailors and captains on the bay, I noticed a statue of an intrepid navigator peering over the scene.

Upon approach Culver City came back into my frame.

The Helmsman was in front of the Helms Bakery until 1971 and moved to the Marina and actually watches over the sea from his new perch.

Anybody remember the statue and why he found a new home? 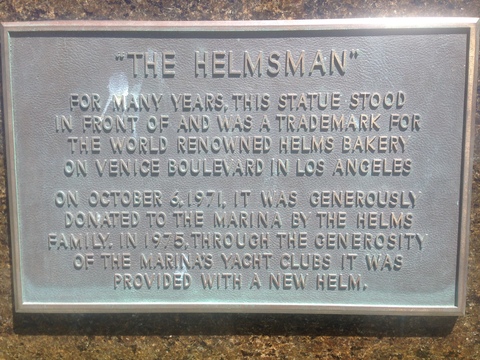