Artist Chuck Close appeared at his opening at Blum & Poe Gallery in Culver City on Saturday, and he's quite the flashy dresser. His show, which will be up until December 22, features cracked portraits of the likes of Laurie Anderson and -- is that Paul Simon? There are also numerous self-portraits that mostly show him gazing somewhat doubtfully out of the canvas. 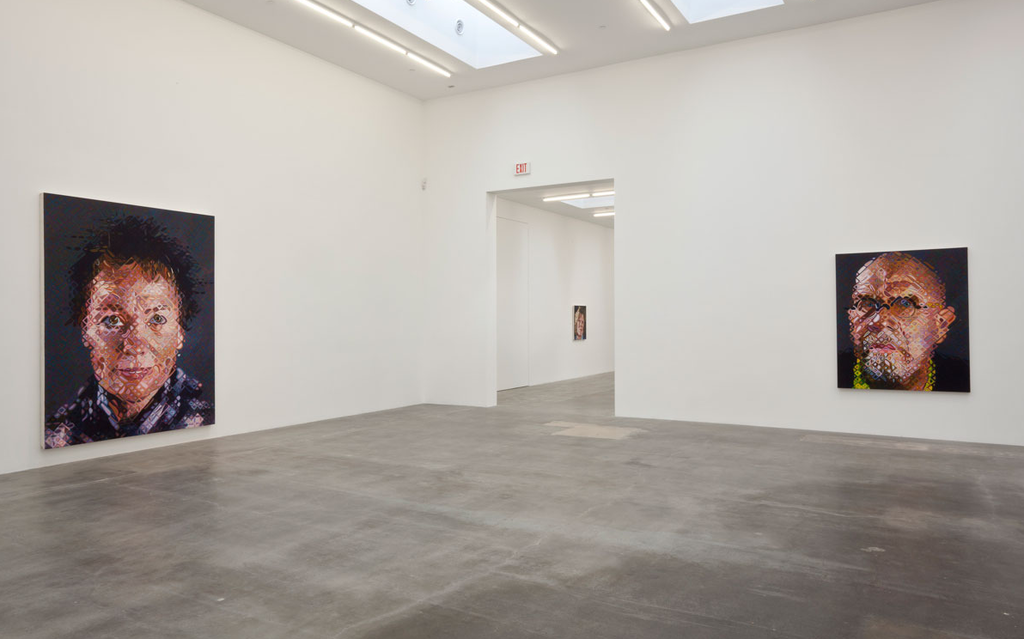 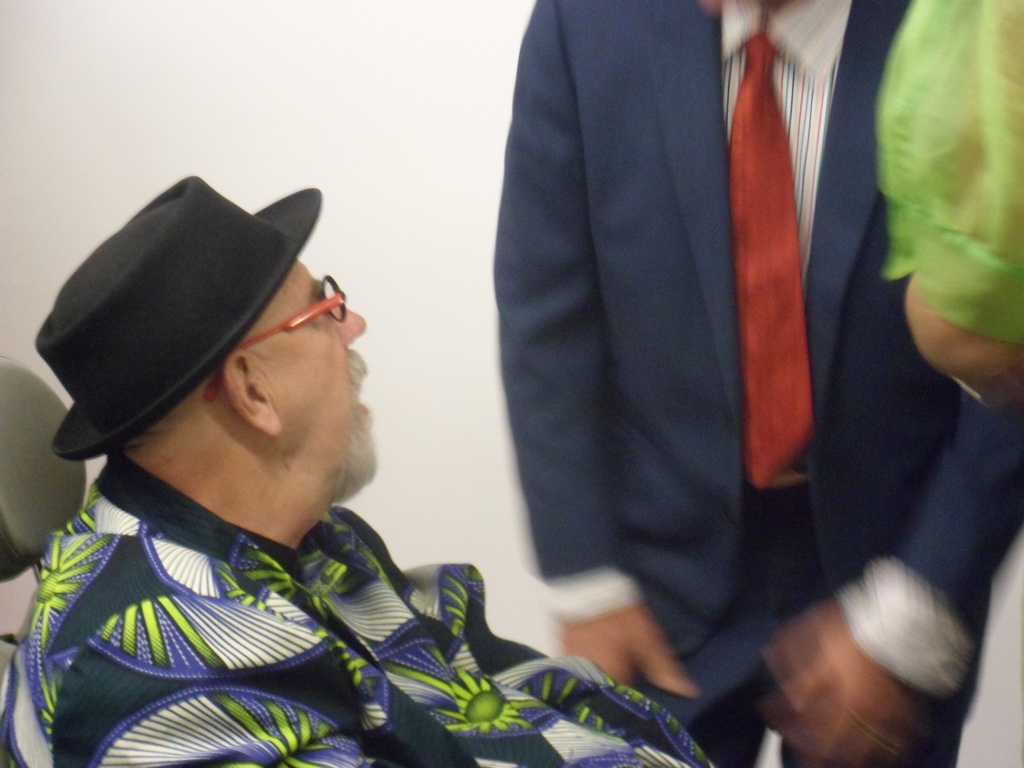