Culver City Doesn't Owe the State $22 Million After All This morning, Culver CIty Mayor Jeff Cooper shared some good news about Culver City's financial obligation to the state in the wake of the dissolution of its redevelopment agency. Said Cooper:

"I am excited to share some good news ... nearly $20 million worth! Last night, the city received a determination letter from the California Department of Finance agreeing to accept $2,724,618 to settle our dispute over what the city owed the state after our Redevelopment Agency was eliminated. The state originally wanted Culver City to pay $22,178,120! Thanks to an incredible, die-hard effort by our City Council and our amazing staff, we have cleared the most contentious part of our fight with the state to get our former redevelopment projects moving forward. Still lots of work to do, but this is a big day in our city's history!"

To understand why Culver City was said to owe the state the sum of $22M, we have to go back to June of 2011, when Governor Jerry Brown signed ABX1 26 and ABX1 27—two pieces of legislation that had a profound impact on Culver City’s Redevelopment Agency. ABX1 26 immediately suspended the operations of and effectively dissolved all redevelopment agencies in the state. ABX1 27 allowed agencies whose legislative bodies (in Culver City’s case, the City Council) are willing to comply with "voluntary" payments to the State of California to be exempted from the elimination provisions in ABX1 26. As part of the opt-in option, Culver City was initially scheduled to make a payment to the State of California of about $12.1 million in fiscal year 2011-2012 and $3 million in payments in subsequent years.

The "former redevelopment projects" that Cooper refers to would presumably include those at Parcel B (that large -- and it turns out, useful -- space between the Culver Hotel and Trader Joes), the Market Hall project at Centinela & Washington, as well as the Habitat for Humanity project at Globe Ave. 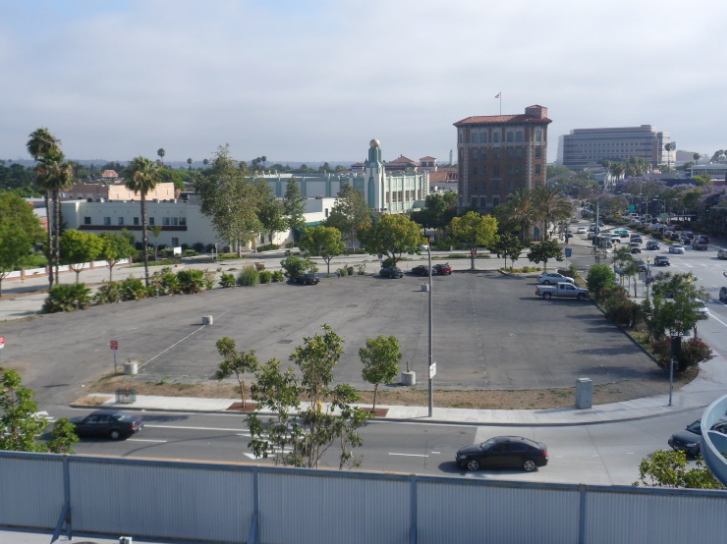 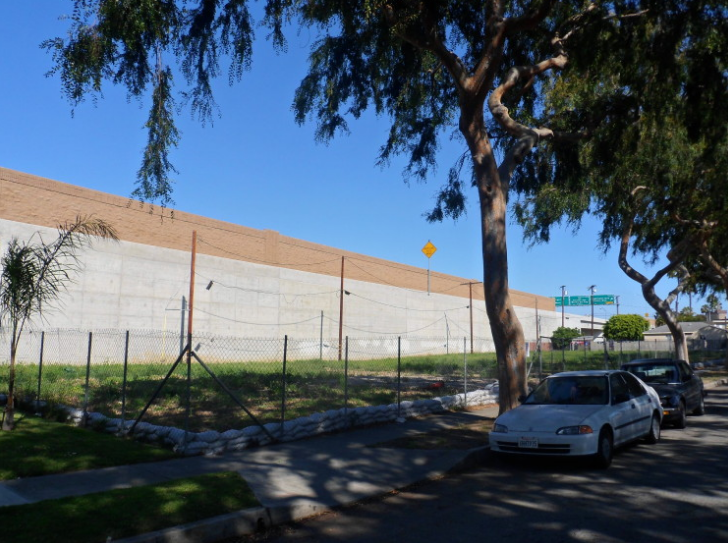 Thank you Kevin. It was helpful, and informative as to how zoning works. Much more lenient than I expected. Sorry for derailing the conversation away from Parcel B but these are questions I've always had. I love the fact that Culver is a foodie destination (and hope it continues to be) but always thought the next step would be a nice collection of shops in between, which always adds to the neighborhood feel. We already frequent what we do have, my wife just purchased her laptop at Melrose Mac, we shop at Living Green, Lundeen's, Helm's Bakery, etc. We hope to support more local retail in the future.

And where did I see what was in the Meralta Plaza location previously? Funny enough I just remembered it was in the Culver City homepage banner.

I will chime in on the ground floor space at 9426 Washington (with High, Wide & Handsome on the 2nd floor) - the short answer is that the owner IS looking for retail tenants.  The space has been vacant since Sony moved out a few years ago - it has not been 10 years, by any stretch, but it was during the low of the recession.  It's still a challenge to get retailers to open Downtown, believe it or not, and that's one of the reasons its so important that the state allow Parcel B be begin construction - we need the additional retail square footage to help attract critical foot traffic...  It will be an important capstone for our Downtown and I'm sure help all of the local businesses.  Until then, we will continue to promote Downtown Culver City (hopefully Dylan was amongst the hundreds of folks Vice Mayor Sahli-Wells helped welcome at last night's DBA/CC Holiday Tree Lighting!)

The Downtown area is zoned "CD" Commercial Downtown - ground floor spaces are generally being migrated over to retail uses as office tenants move out.  This is the case with 9426 Washington, for instance - Sony had used the ground floor space for offices, but now they will be used for retail.  As Dylan pointed out, retail is definitely a better use for the space, and again, each retailer will hopefully have a positive, synergistic effect on the area as a shopping destination.  On that note, we're pretty well known as a "foodie" destination, so the ground floor spaces are restricted from being over 1,500 sf for any new restaurant use (unless the property has its own parking to accommodate the change in use, which really none of the properties have).  This is where the confusion might be coming in on the part of "not enough parking" - the only challenge is finding a retail tenant who will come to mutually agreeable terms with the landlord...  This is like match-making in dating - the combination has to be right for both the landlord and a tenant.  Personally, I do like having Meralta Plaza to add office space to the Downtown landscape (Parcel B's project will include office, as well) - it's important to have a balance of daytime commercial activity to help drive lunch crowds, bring people here for work and meetings that might otherwise not discover our gem of a Downtown, etc.  Hope this all helps!

Thanks for the reply Meghan. Why would parking be an issue for this particular building when every other store and restaurants don't have personal parking spaces and depend on the Trader Joe's parking garage and the other public garages? Seems odd to even have the lease signs up if it's unusable space.

Let me say that overall I love the direction CC is going and can't wait for Parcel B and the current developments of the The Platform and Access Culver City. This will bring much needed retail to the downtown area. It's exciting to see all this moving forward.

Thanks very much for the insights, Vice Mayor Sahli-Wells!!

Good news indeed! The $22 mil. is wonderful news for the city. The properties still don't have the green light, but this is certainly a step in the right direction.

@DylanGottlieb - The building to which you refer (High Wide & Handsome) is privately owned & not dependent on  Redevelopment (RDA). My understanding from the owner is that he doesn't have necessary parking... This has long been an issue & I agree is very unfortunate. It's a nice space.

Meralta is also private. The whole Downtown is zoned commercial, so I don't know why it hasn't branched out. They have parking & a great location. My kids' pediatrician used to be there - it was really convenient!

Yes, where the High, Wide and Handsome advertising agency is on the second floor. The first floor with 3 or 4 retail spaces, has been vacant with lease signs for as long as I've seen it.

And while I'm at it, The Meralta Office Plaza on the corner of Culver and Layfayette is a huge waste of potential. I'm not sure why the city approved plans for this without the stipulation of retail on at least the ground level. I've seen old photographs where this block was once filled with storefronts. It's another one with the ever present lease sign. Perhaps zoning laws prohibit retail from going into this location? Or a lack of desire from the owners?

Hey Dylan, do you mean the building that sort of sits between the hotel and Culver Studios?

Comment by DylanG on December 5, 2013 at 7:30pm
Great news indeed. Hopefully the remaining hurdles won't take to long. This will really help downtown to feel like a downtown.

What would also help is using a few of the usable spaces we already have, why is the building across from the Culver Hotel sitting empty? It's been abandoned (aside from the occasional film shoot) for the nearly 10 years I've been in Culver. Not good for what should be downtown's center.

This is fantastic news for the City and we owe a lot of gratitude to our City Staff and Council for getting this moved along through all of the work they've done.  Hopefully this will be a big step in getting those former Redevelopment Agency projects moved in to development - they'll mean a lot for our City and even create additional revenue the State is after!