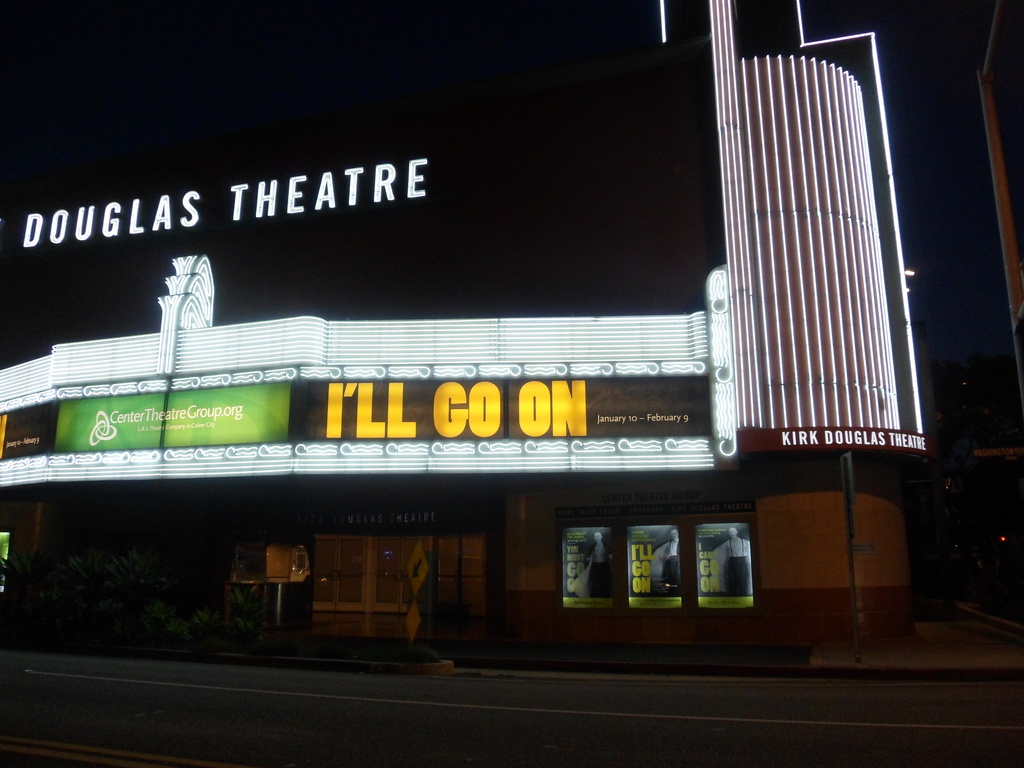 "I'll Go On," the new play at the Kirk Douglas Theatre in Culver City has received very positive notices overall. The one-man production brings together material from Samuel Beckett's trilogy of novels, "Molloy," "Malone Dies," and "The Unnameable."

McGovern has all the qualities of a superb Beckett interpreter. He relishes the comic brio even at its most scatological and possesses a voice that can draw out all the various hues of the verbal brilliance. Vehemence is clearly a pleasure for him: the angrier the expression, the greater the likelihood of releasing a heretical truth.

And he's willing to put his pliant body at the service of the Lear-like knowledge mordantly shared by Beckett that man is but a "poor, bare, forked animal."

In the Hollywood Reporter, Myron Meisel expresses appreciation for the adaptation by McGovern and Gerry Dukes, saying "They seem to elicit an innate theatricality from Beckett’s prose, and when condensed find an acute vision of lively eloquence that dances in the ear. It makes a perfect entertainment, and for all the pastiche, an honest night of theater, not merely of solo recitation.

In the Examiner, Jordan Young calls the play "the most accessible and potent introduction to the Nobel Prize-winning playwright-novelist you’re likely to find." And in the end he describes the production as something of a dream come true:

In any case, buy, beg or steal a ticket, but get over to Culver City and see it—it took me 25 years to catch up with it (having heard about it when McGovern first did it in Chicago in 1988) and it was worth the wait.