June 24: Mary Stallings Sings at the Culver Club at the DoubleTree 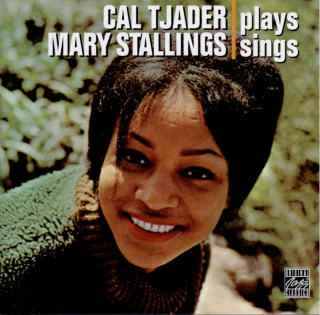 Each Friday night, the "Culver Club at the DoubleTree by Hilton" offers live jazz. Despite the unwieldy name, it has become known as the best jazz room on the West Side since the Jazz Bakery closed. It's located at 6161 West Centinela Ave.

Mary Stallings will play the Culver Club on June 24, with the Eric Reed Trio

As a teenager, Stallings was already appearing in Bay Area night clubs, performing with such luminaries as Cal Tjader, Earl Hines, Red Mitchell, and the Montgomery brothers (Wes, Monk, and Buddy). Before graduation from high school she joined R&B pioneer Louis Jordan's Tympani Five. At age 26, she played the Monterey Jazz Festival with Dizzy Gillespie. She spent a year in the late 1960s performing in Nevada with Billy Eckstine, and toured South America with Gillespie's band in 1965 and 1966. She has shared the bill with such luminaries as Joe Williams, Tony Bennett and Ella Fitzgerald.

She is perhaps best known for her 1961 collaboration with vibraphonist Cal Tjader on the album "Cal Tjader Plays, Mary Stallings Sings" on Fantasy Records.

Here's Mary Stallings playing with a trio at the Chivas Jazz Festival in 2003. The song is "I Love Being here With You," by Peggy Lee and Bill Schluger.