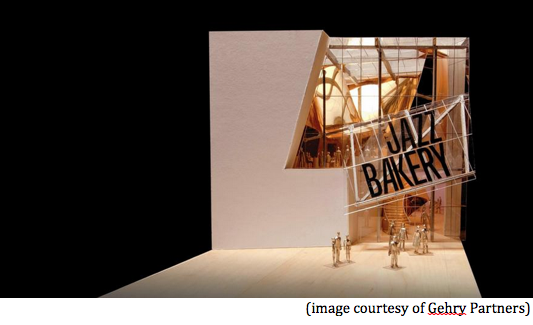 According to the Los Angeles Times, models of the new Frank Gehry-designed Jazz Bakery in Culver City will be unveiled at the Los Angeles Country Museum of Art on Sunday, September 20, as part of a Gehry retrospective.

The design renderings continue Gehry's long-held commitment to cutting-edge design with the two-story structure featuring an open facade along a zigzagging vertical line, a lobby framed by sweeping curlicues along the ceiling that recall the architect's work on Walt Disney Concert Hall and an intimate, 266-seat theater framed by similarly curved organic lines.

The Jazz Bakery returns to Culver City -- in a 250-seat theater at 9814 Washington Boulevard, directly to the east of the Kirk Douglas Theatre -- thanks to an agreement ratified by the Culver City Council in January of 2012. According to the agreement, the property was given to the Jazz Bakery at no cost, with the understanding that they will develop on the site according to plans the Jazz Bakery submitted. The proposal included not only the 250-seat theater, but also a smaller "black box" theater, a bakery/cafe, rehearsal studios, community meeting rooms, a lobby gallery space, and a roof top deck.

According the proposal, the Jazz Bakery plans to offer about 250 shows per year and to charge approximately $35 per ticket.

The project is estimated to cost $10.2 million and will be paid for in part by $2 million grant from the Annenberg Foundation. The Jazz Bakery has also launched a capital campaign to raise the funds for the project.

Here's the property in relation to the Kirk Douglas: 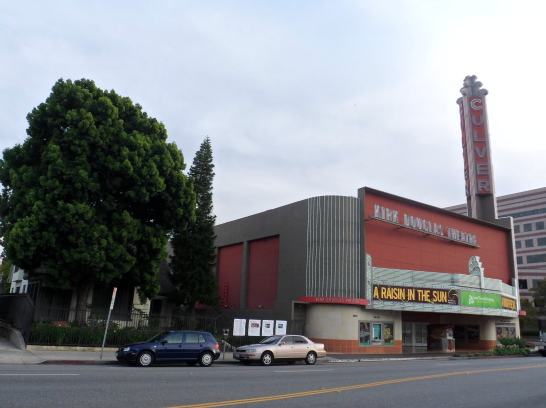