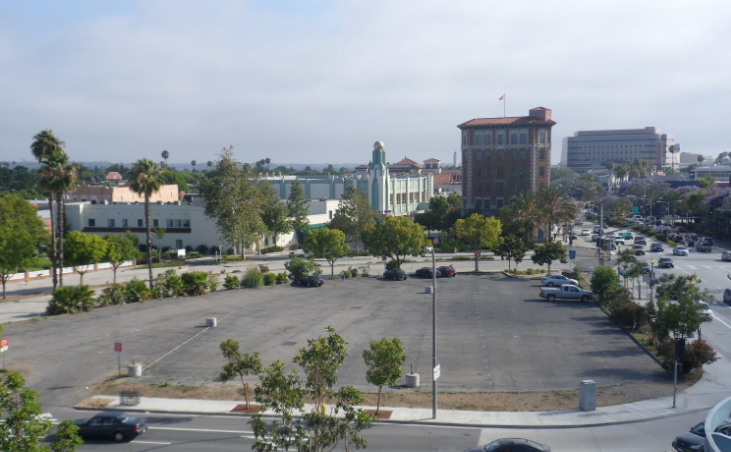 Here's an update (of sorts) from Culver City Councilman Jim Clarke regarding Parcel B, the 1-acre plot in the heart of downtown Culver City. To get caught up, last September the Culver City Successor Agency transmitted a resolution to the State Department of Finance, recommending the sale of Parcel B to Combined / Hudson LLC. That company was the one selected by the city back in December of 2011 to develop Parcel B.

Now I received the following missive from a Culver Citizen:

"Last week we were talking about redevelopment, and specifically about Parcel B in Culver City. Well, the next day, Councilman Jim Clarke came to my front door because he's campaigning for re-election. So I asked him about it."

<"Basically there's no news with Parcel B. It sounds like there's a fight between the state and the city about who actually has title to the property. Per Clarke, were that conflict to be resolved, they could begin construction fairly quickly. 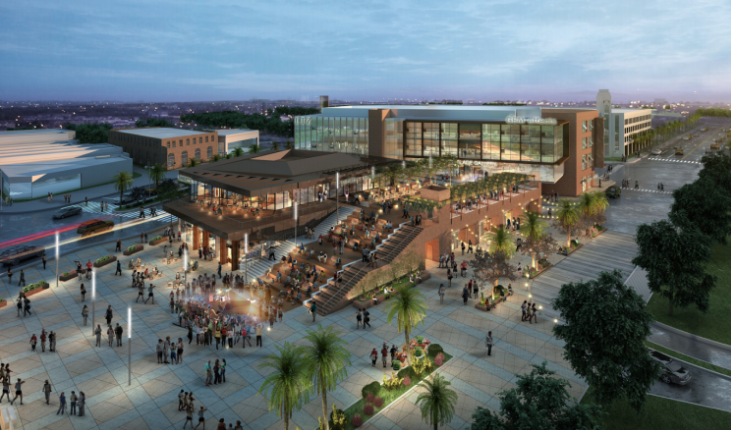 That's a weird little plot of land there. Every year I keep thinking they're going to develop it, but then it just stagnates and gets used for different events, etc. I guess it's useful to some degree that way, right?

That little "street" part used to be really cool to ride bikes on with my kid, as it was basically unused and a sort of free play area with an island to mess around on without worrying about cars whizzing by. Lately though we've had a couple of close calls with cars that creep onto it without any warning whatsoever.

I'm not sure about that proposed design, btw. Hoo boy, especially when I look at the picture and realize that the Culver Hotel's nowhere to be seen. WTF. Good luck with that one. That really goes to show where their minds' at. That's gonna get over really nice with the residents (including myself), especially after the whole Culver Ice Rink tug o' war.

Why am I not surprised though, that eventually nothing's sacred when it comes to making money? What a shame.