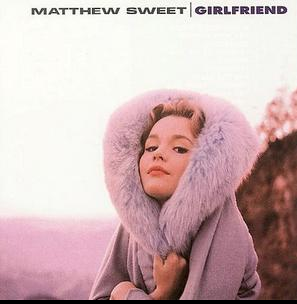 Ok, this one is kind of crazy in a great way. If you're of a certain age (mine), you may well have fallen in love with a largely unheralded 1991 album by Matthew Sweet. The album is full of classic pop melodies (AllMusic cites "the Beatles, Big Star, Byrds, R.E.M., and Neil Young," and, uh, yeah) as well as soaring guitar leads from Sweet himself as well as guitar gods Robert Quine and Richard Lloyd. Here's a couple of YouTube links that will give you a flavor of what I'm talking about here: GIRLFRIEND and I'VE BEEN WAITING.

Now in an unlikely but very welcome twist, this great 24-year-old album has been transformed into a Rock Musical.

“Girlfriend” opens at the Center Theatre Group/Kirk Douglas Theatre in Culver City this Sunday, July 19 at 6:30 p.m. Featuring a book by Todd Almond and music and lyrics by Matthew Sweet, the rock musical about first love will continue through August 9. Previews began on July 12.

The play's music direction is by Julie Wolf and choreography is by Joe Goode. Wolf also conducts the band, which is comprised of Vivi Rama on bass, Janet Robin on lead guitar, Jyn Yates on drums and Wolf on keyboard and guitar.
Set in Nebraska in the 1990s, two teenage boys – one a social outcast, the other the quintessential jock – explore a relationship during a summer of self-discovery between high school graduation and the rest of their lives.