Where Am I in Culver City? 56 Solution: Helms Bakery Sign 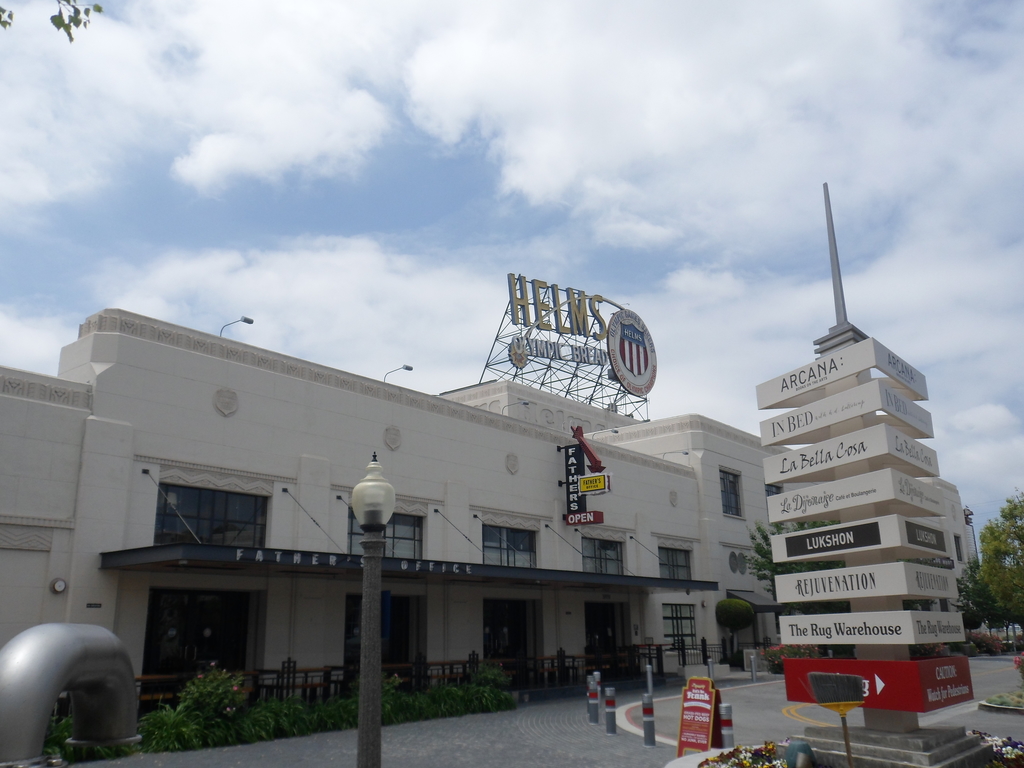 As Culver City Times member Evlynne Braithwaite Householder wrote, "This one was an easy one." It was a detail from the beautiful neon Helms Bakery Sign that still proudly scintillates above the Helms Bakery District. We received a record number of responses, and four Circus Vargas tickets were awarded -- using a blind drawing -- to Jozelle Smith.

Helms Bakery operated from 1931 to 1969; their motto: "Daily at Your Door." The company's baked goods were never sold in stores. Instead, every weekday morning white trucks filled with baked goods fanned out across the city from the bakery in Culver City and from a second one in Montebello. My grandfather, Mike Scupine, was actually a driver of one of these Helms trucks for several years.

Since the company won the contract to supply bread for the 1932 Olympic games in Los Angeles, the company's trucks and packaging proudly bore Olympic symbol and the slogan "Olympic Bread."

FYI, for the few of you who are really paying close attention, we're going to skip a week of the game here because of some confusion on Culver City News' part. We're kinda working out the kinks of our new partnership. The new game will be posted next Thursday!