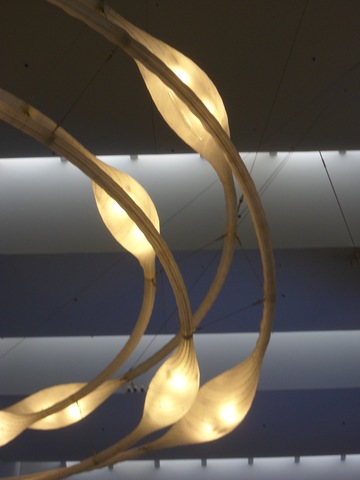 The only person to correctly guess the answer to the week's quiz was 'Westfield Culver City' on the Culver City Times Facebook page. But then again, he or she had an advantage. The image was a close-up of "Neptune's Necklace" by David Trubridge, which hangs high above the Westfield Culver City mall's central courtyard, and also includes the wooden seating on the floor below. 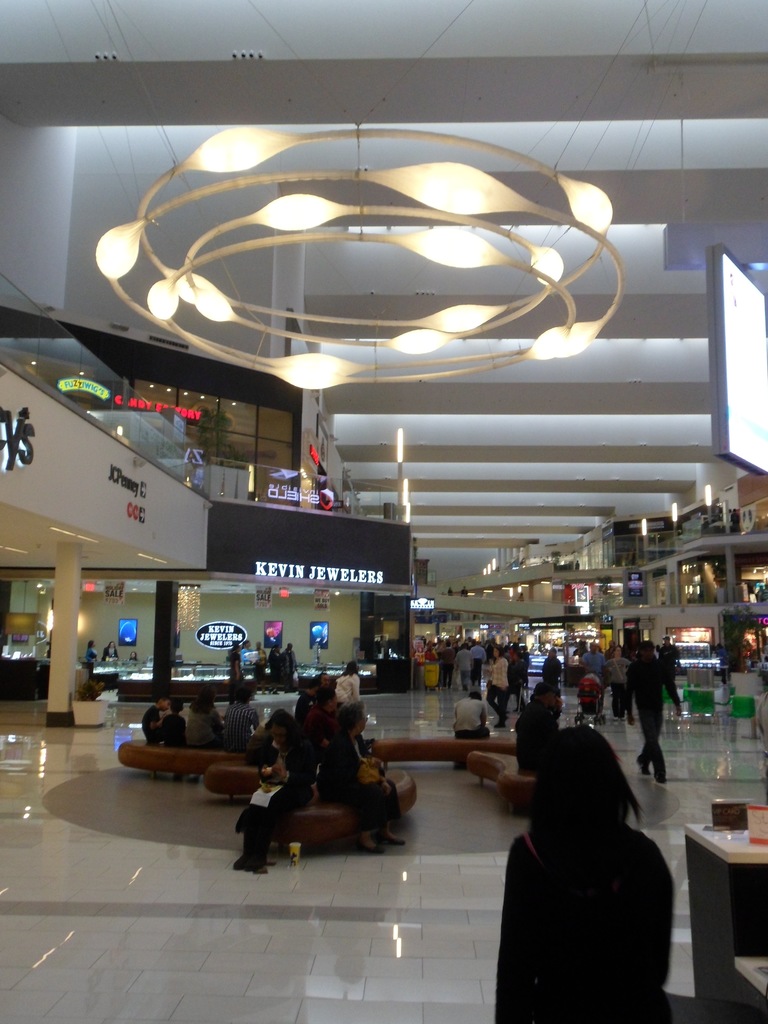 Here's what Culver City's website has to say about the piece:

"Neptune's Necklace presents gentle spiraling forms that emanate from the floor and rise into the dramatic architectural volume above. This environment guides visitors around the lounge in a circular motion and into the works' inner sanctuary. The seating, made from American fire-killed Douglas fir, invites people to perch around its outer edges or move in toward the center, forming larger or smaller groups as they wish.

"Trubridge's selection of natural and high-tech materials reflect an abiding interest for combining natural beauty with sophistication, which is especially resonant in Southern California.  He builds on a rich legacy of mid-century architects and designers who built truly innovative and inspiring work in the greater Los Angeles' metropolitan area." 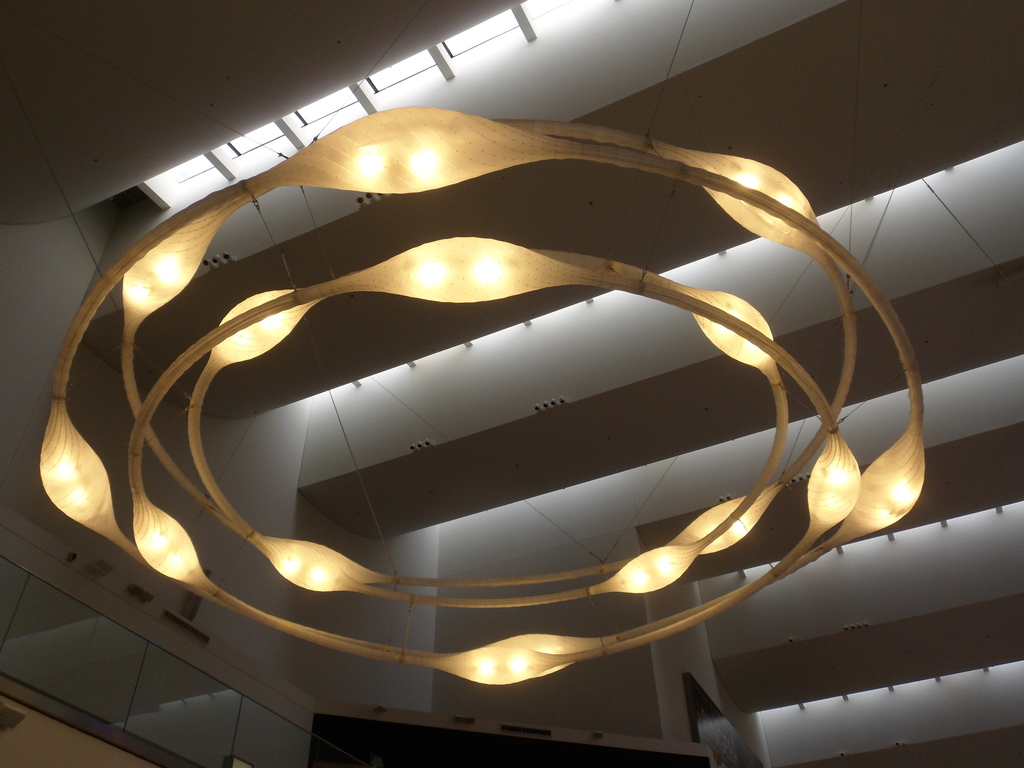 Certainly, the piece helped fulfill the city's 'Art in Public Places' requirement during the mall's 2009 remodeling. Pursuant to Section 15.06.115 of the Culver City Municipal Code, all new commercial, industrial, and public building development projects with a valuation exceeding $500,000, and all remodeling projects with a valuation exceeding $250,000 are required to set aside one percent of the project's budget for a public art component.