Where Am I in Culver City? Game 071 Solution 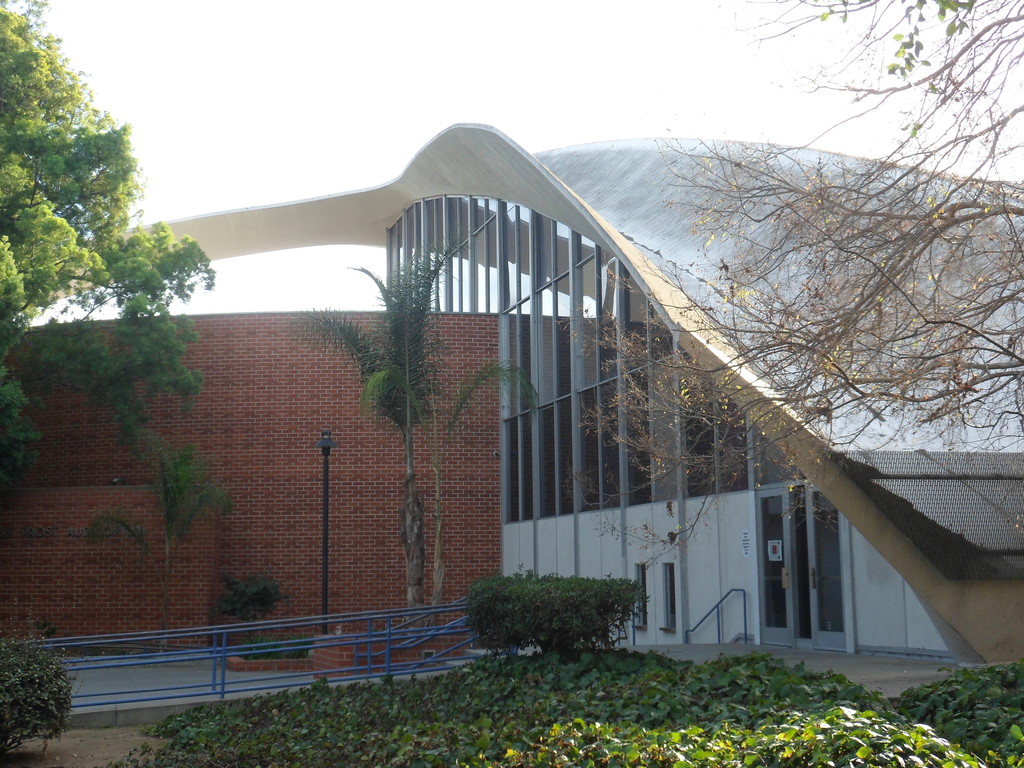 I was very pleased to finally be able to feature this amazing building. And I was gratified that three Culver City Times members recognized the facade as well -- including Dan O'Brien (firsties), Doug Lemon, and Crystal Covington. (It was Crystal's first entry into our game, so: welcome!) The Robert Lee Frost Auditorium, serving Culver City High School (and Middle School), is one of my favorite buildings in Culver City.

I'm not the only one who feels this way. "The Robert Frost Memorial Auditorium at Culver City High School is one of the most breathtaking Modern buildings ever designed," says the Los Angeles Conservancy. They go on to say:

"Its scale and ambition are such that its full beauty can really only be appreciated from above—an aerial view shows its massive roof draped over the auditorium like an enormous leaf.

"Completed in 1964, the Organic Modern-style building was designed by architectural firm Flewelling and Moody, which executed many school designs during the postwar period. Flewelling and Moody used reinforced concrete to create the roof, which is part dome and part folded plate. It tops a circular brick building with little ornamentation. The dome is bisected by a huge wall of glass sitting atop and on either side of the circular volume, and is anchored to the ground by a single curved concrete leg arcing over the front entrance. This leg reminds some of those on the Theme Building at LAX, another demonstration of the architectural and artistic potential of reinforced concrete.

"The Robert Frost Auditorium’s unusual design was inspired partially by the building’s irregularly-shaped plot within the high school campus. Flewelling’s futuristic building accommodates audiences of over 1,300 people and contains shops, practice rooms, and all other facilities necessary for the education of the young thespian. It is truly a remarkable building that nearly defies description."

It really is a beauty, and if you haven't recently taken a moment to drive down Elenda St. to check it out, I advise you to do so soon. 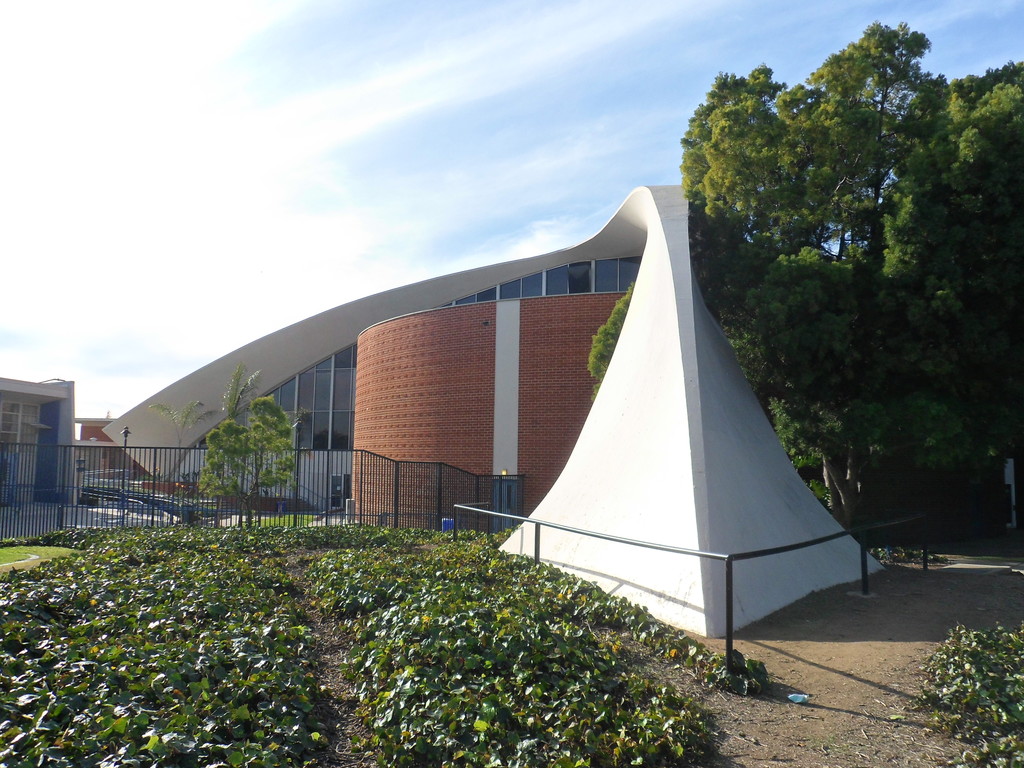 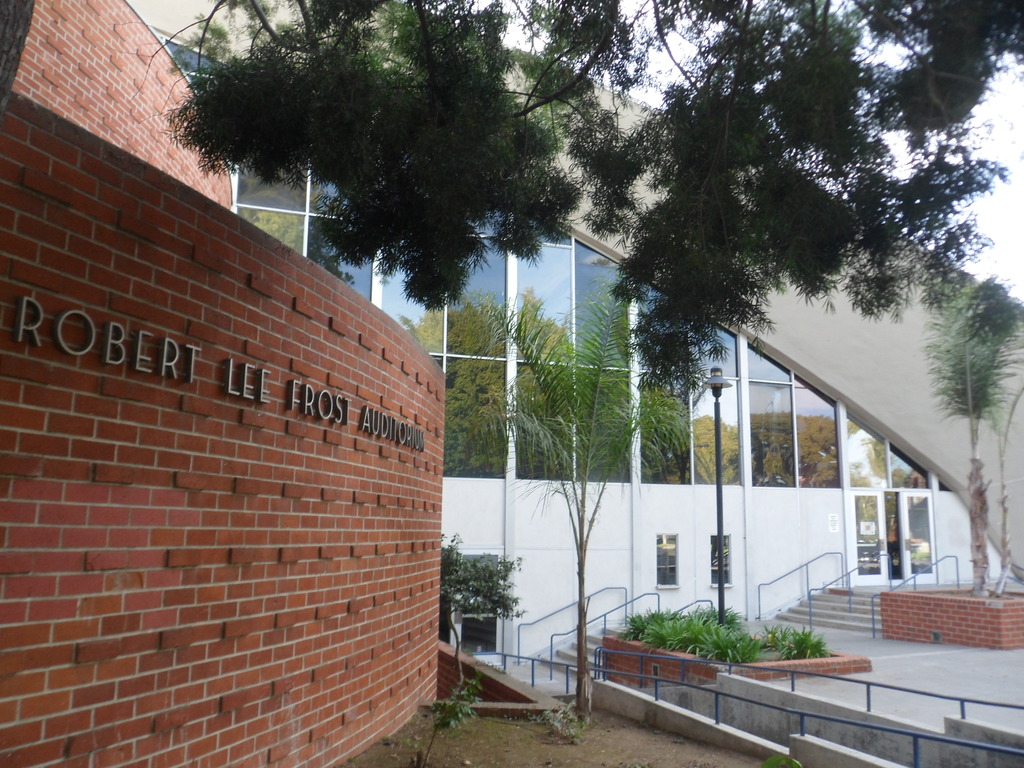 Guy Zimmerman is now a member of Culver City Times
yesterday
Welcome Them!