“It’s truly amazing, I’m thrilled beyond belief," said Zeidman. '"Four years ago, when I ran the first time, my kick-off party was my wife Aileen, and sons Jason and Brandon.  I think our next door neighbors came by, too.

"This year, the support has been amazing," he added. "Just today, we have Mayor Mehaul O’Leary, former Mayors Andy Weissman, Alan Corlin, Sandi Levin, Steve Rose, Dave Hauptman, Board of Education members Steve Gourley and Kathy Paspalis, former School Board Presidents Dana Russell and Madeline Ehrlich in attendance, and so many more.”

Zeidman is supported by Senator Curren Price, Assemblymember Holly Mitchell, all five members of the city council, nine former Culver City mayors, three sitting board of education members (in addition to himself), five former Culver City Board of Education presidents, and more than 450 others.

“I guess if you work hard, listen to the public, and do what’s best for the district, then people notice," said Zeidman. "It was great to see so many people.” 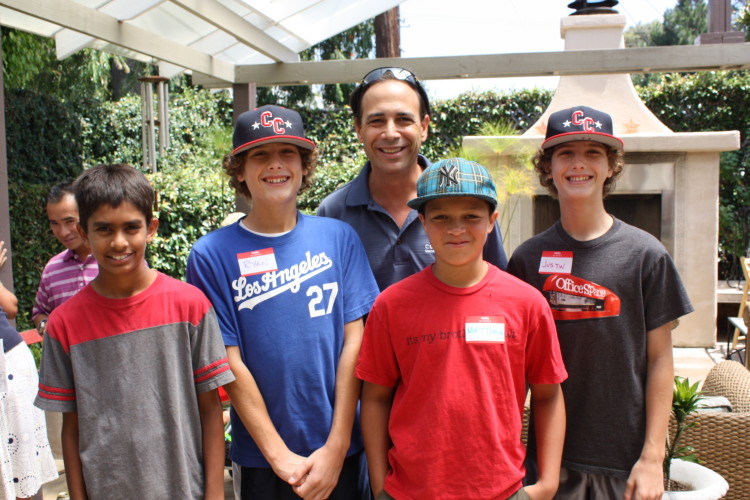 During his brief presentation, Zeidman counted off some of the accomplishments of the Board over the past four years. "Together, we have raised over $6,000,000 by passing measure EE," he said. "Together we have finally placed a cap size on middle and high school, thereby limiting the number of inter-district permits students allowed into the Culver City School District; together, we raised the academic requirements for those on inter-district permits; together, we have saved counselors, classroom aides, and others who would have lost their jobs due to the budget crisis.”

Still, Zeidman reiterated that his work was far from over, and that he wanted to finish what he has started.


Information on the Zeidman campaign can be found here.

Zeidman and Laura Chardiet coordinated their kick-off celebrations so that each could attend the other's, and so that their supporters could attend both.

The election for Culver City School Board will be held this November.

Comment by Amanda Copeland on October 24, 2011 at 1:48pm
I'm sorry. I was at this event with friends and a cameraman and there were maybe 40 adults there plus the kids (not of voting age)  of Zeidman and Paspalis and a few of the neighbors. That's it. Who is reporting this stuff? Why does Zeidman own you? How do you profit from publishing false information to puff this guy up to the public? Zeidman has only exercised his litigator muscles by voting and leading over the past 4 years to litigate against our own special ed students to the tune of hundreds of thousands of dollars. If Zeidman is not replaced our kids will suffer irreparable harm. Vote for the educators who are running for office and put Zeidman back where he belongs in the private sector.