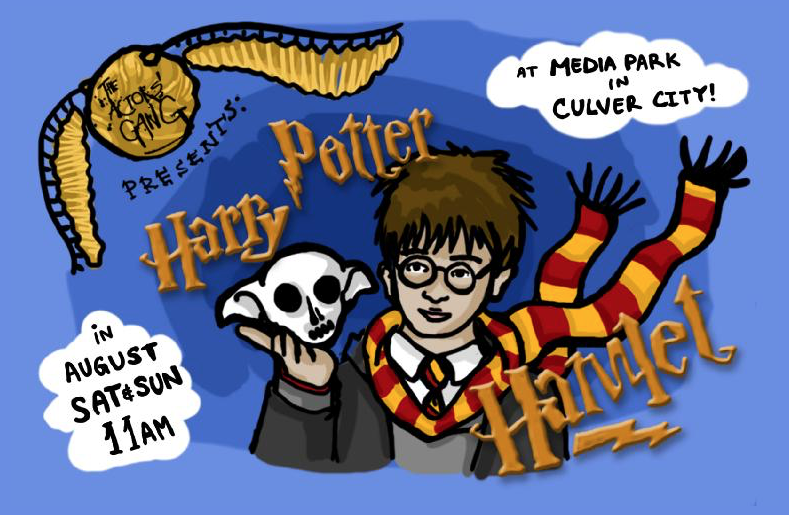 It has become a very welcome tradition: each Saturday and Sunday in August, the Actors' Gang theater troupe performs a family-friendly adaptation of Shakespeare play in Media Park in Culver City. Last year, it was a My Little Pony version of A Midsummer Night's Dream. In 2013, they put on a superhero version of Twelfth Night. In 2012, we got a Star Wars version of The Tempest, with Obi Wan Kenobi as Prospero, Princess Leia as Miranda, C3P0 as Ariel, and Jabba the Hutt as Caliban.

This year, it seems that they're performing a Harry Potter-ized Hamlet. Here's how they describe it, neatly meshing the themes of the two works: "When the Denmark Court meets the Howarts School of Witchcraft and Wizardry, Hamlet transforms into Harry Potter and the audience joins the characters on a magical and suspenseful journey of friendship, family, justice, and coming of age."

The kid-friendly versions are free -- they run about 45 swift minutes and are always a lot of fun. Check it out on Saturdays and Sundays in August at 11 am. in Media Park. (Media Park is located at 9091 Culver Blvd. Where Culver Blvd. meets Venice Blvd.) 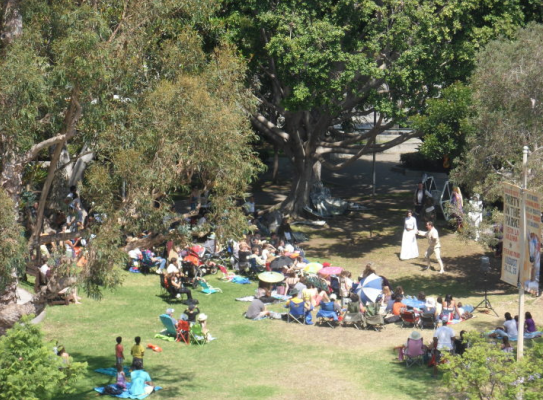